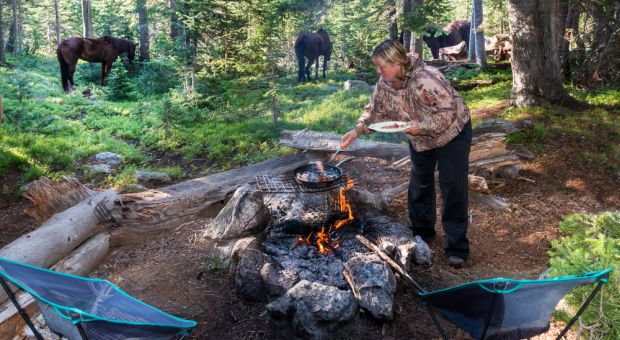 Top 5 Bug Out Locations In The US

Bugging out or getting the heck out of Dodge when calamity strikes, is a tricky matter.

There are several different factors that you need to consider when choosing your spot including accessibility, vulnerability, resources and your ability to get there. Today we’re going to talk about the top 5 best bug out locations in the US. I’ve tried to pick some in every part of the country so that you have some options regardless of where you live.

Depending upon what the disaster is, you may not be able to go too far when bugging out so it may be wise to choose a location that’s not far from where you already are. That way, you can reasonably access it if you only have 1 tank of gas or have to go on foot.

That being said, if you’re serious about prepping and it’s an option for you, I’d recommend living in your preferred bug-out state, at the very least.

You may even choose to live in your bug out location and make it a bug in place instead. After all, if the place is secure enough, there’s no need to leave!

5 Points to Consider when Choosing a Bug Out Location

As you can see, there are many details to consider when choosing your bug out location. These are just a few and depending upon what you’re preparing for and how long you think you’ll need to be there, your list may be substantially longer!

Now, considering these points, let’s look at some great places that you may want to consider. 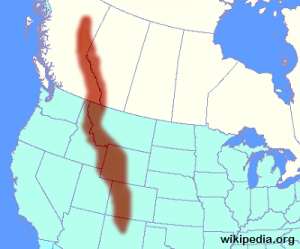 Colorado, Wyoming and Montana are wonderful states that offer a ton of locations that would make grand bug out locations.

The land is relatively affordable compared to many other places and it’s fairly easy to obtain permits to build whatever you want.

Guns and hunting aren’t frowned upon and resources, including water and game, are plentiful.

The only real downsides are that you can expect significant snowfall and low temperatures, and your place may not be easy to get to if SHTF in the winter.

On the upside, everybody else will have a hard time getting to your place, too! 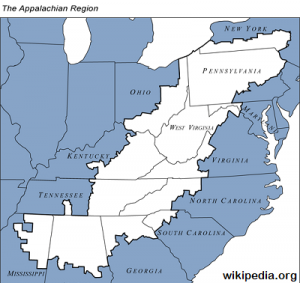 The land is generally cheap and guns and hunting aren’t just OK, they’re part of life.

Resources, including water and game, are plentiful and the land is typically rich enough to grow plenty of food, even on a smaller lot.

The major downside is that most of the major highways throughout the Appalachians lead from one big city to the next so travelling to your location may be an issue if people panic and clog the roadways.

However, there are many back roads that you can use to avoid the highways. Get to know those BEFORE you need them!

These states are as far south as you can get unless you want to go to Florida, which we don’t recommend because of population and transportation issues. Alabama, Mississippi and Louisiana all offer plenty of hidey-hole type places that would be easy to defend and easy to get to.

Fresh water is plentiful and so is game. Temperatures can be wicked hot in the summer but are fairly temperate in the winter.

The only major downside to these locations is that there are a few major cities though none that would be high on the list for nuclear attack. You may have to worry about defending your bug out location though. 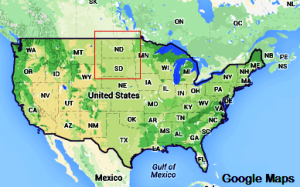 These two states have vast expanses of unoccupied land and the population is low.

There also aren’t many major cities and none really that are high up on the target list for attack.

Both states offer plentiful water and game and the soil is good for growing food. Hunting is huge so guns aren’t a problem.

The biggest downside here is that North and South Dakota get lots of snow and cold weather so be prepared for that.

Another concern is tornadoes. Some counties have higher instances than others so be aware of that when you purchase your property. 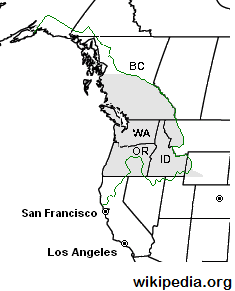 Oregon and Washington are arguably two of the best states to plan a bug out location in.

They both have a decidedly anti-government mindset and guns and hunting aren’t frowned upon. The population is low in many areas.

Resources are plentiful and fresh water won’t be a problem in most areas. Some property prices may be a bit steep but just keep looking. You can easily grow food throughout the summer months.

The downsides of bugging out the Pacific Northwest are that you’re going to be dealing with lots of rain, especially in Washington, and you have to watch out for volcanic activity around the Mount St. Helens area. There will also be plenty of snow in the winter.

We know that many people consider Alaska a great place to bug out to but for us, the foul weather and the lack of accessibility just didn’t appeal to us. If you already live there, then great! If not, consider other, closer locations first.

Also, we didn’t include Texas on the list because of the border control issues. Depending upon the crisis, that may be a huge issue.

Now that you know OUR picks for the top 5 bug out locations in the US, what are yours? Do you have anything to add that we missed? We’d love to hear from you in the comments section below!