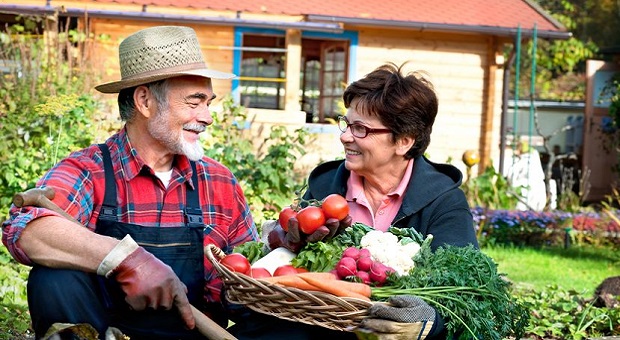 To Relocate To The Country Or Not? 7 Q&A

As preppers, we look at things from every angle; we think about whether to store water or tabs and whether to bug out or stay in. Many of us are also considering whether or not we should move to the country in order to keep our families safe.

There are some things that you need to consider before deciding to relocate and that’s what we’re going to discuss today.

First off, don’t let images of beautiful old farm houses and peacefully grazing cows sway you; they’re both a ton of work. That’s not to say that they’re not worth it – I’m just saying that looking at country life through rose-colored glasses isn’t the best way to make your decision.

You need to understand exactly what you’re getting yourself into before you trade your dress shoes for rubber boots.

Depending upon how far out you live, gas and necessities are likely going to cost more. This won’t be a big deal if you remember to gas up and get milk and bread while you’re in town (unless you produce them in your own homestead), but if you forget you can bet you’ll pay more at out-of-the-way stores.

2. Distance from Conveniences and Hospitals

This may not be a big deal depending upon where your new country home will be, but one of the downsides of living in the country is that you’ll likely have to drive farther to get groceries and supplies. It may no longer be as simple as running to the 7/11 on the corner to get milk if you forget to get it at the grocery store.

On the other hand, you would grow your own crops, and raise animals for living, which means that you will produce your own food. This would be much healthier, if not cheaper, considering that you need to make in investment first to buy tools and gear.

Hospitals and doctors will be farther away as well, so if you have specific medical needs this could be a real issue for you.

3. Location: Is It Really Safe?

Since this IS a survival site, I would be remiss not to mention safety if SHTF. You may live in the country but if you’re within a hundred miles of a major city, you could still be in the path of numerous threats.

If you opt to move to the country for sanctuary during emergency times, choose carefully.

If you’re prepared to live off the grid (and you should be), then this isn’t an issue. If you’re not, you may want to be vigilant about keeping your stockpile up in case you have to go without power for a week or more.

Once you move to the country and get a couple of dogs, a few chickens and some cows, it’s tough to find somebody to take care of them while you’re away. Also, you can pretty much kiss sleeping in goodbye because those same animals need fed, fences need mended, grass needs mowed and gardens need tended. You’re not going to have many opportunities to get away.

The answer to this is to make friends with the neighbors and become part of the community. Then you can take turns farm-sitting for each other once you get the hang of it.

The upside of having animals is that you’ll have fresh eggs, milk and meat. It’s work, but if you’ve ever tasted a fresh egg, you’ll realize just exactly how worth the effort it really is.

Internet in the country can be spotty at best. There are some places that still don’t have cable and the only internet that you’ll have access to is satellite or dial-up. If you’re used to having instant page loads, that may be a thing of the past if you move to the country. Cell phones often don’t work if you’re too far out or between two mountains so you won’t be able to use your phone’s Wi-Fi either.

You can always get satellite service from providers such as Dish or DIRECTV. They typically offer internet services too. The only problem here is that if the weather gets bad, you may not have TV or internet service for a while until the storm passes.

7. Bugs and Other Pests

Mosquitos, gnats, no-see-ums, bees and other pesky bugs are much more prevalent in the country than in the city, especially if you’re near a body of water.

Also, there’s a pretty good chance that your neighbor’s cows will eventually end up in your yard or deer will get into your garden. If you’re not big on nature, country living may not be for you. If you love it, or at least don’t mind it, then that’s a different story.

If you’re a huge theater fan, a lover of fine dining or you just can’t go a week without visiting the mall, then country living may not be your cup of tea.

There are often very few urban entertainment opportunities in small towns but if you choose your place carefully, you can still be within reasonable driving distance of them.

OK, so it may not seem like a big deal to you, but if you love pizza and live more than a couple miles out of town most companies won’t deliver to you. Other services, such as repairmen, often charge a higher trip charge as well.

The upside is that you’re going to be able to cook and eat a wonderful meal out on your patio that overlooks your country home. If you want pizza, grab one while you’re in town.

There are several advantages to living in the country, too. You’re out of town so if SHTF, you’ll be less vulnerable to urban looting and if you plan accordingly, you may not even be visible from nearby roads. Rent and real estate prices are nearly always significantly cheaper in the country than in the city. Your kids and dogs will have a place to run and you’ll have a place to relax.

Deciding whether to relocate from the city to the country is a major decision and one that you shouldn’t take lightly.

If you can, consider taking an extended vacation or even a weekend visit to a country place and be objective about what you experience while you’re there. That will give you a small taste of what you’ll be living with so you can make a more informed choice.

Personally, I love living in the country but I realize that it’s not for everybody.

If you have any other points to share about the pros and cons of moving to the country from the city, please do so in the comments section below!

This article has been written by  Theresa Crouse for Survivopedia.