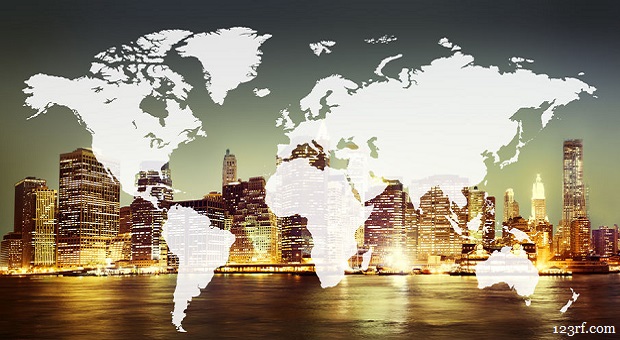 How Are We Going To Survive Globalization?

A progressive movement towards socialism is being taught in our schools, our universities and being touted constantly by people like Barack Obama or Hillary Clinton. They are planning a quiet takeover of the world. The question is how are we going to survive the globalist scenario they are struggling to impose.

This group of the globalist elite met just a couple of months ago, working to determine the fate of the world. These people, known as the Bilderberg Group, consist of world leaders in banking, business and politics. There’s a core group that comes together every year, inviting others to join with them as seems appropriate for that year’s agenda.

Bilderberg is one of the world’s most secretive organizations. While they publish a list of attendees every year and an official agenda, nobody but the attendees knows if it is accurate. They’re not allowed to take notes, tape recorders, photos, videos or copies of papers with them. Everything that happens at Bilderberg, supposedly stays at Bilderberg.

These people are the main driving force behind a one world government, trying to bring all the governments of the world under a central power. The model is the European Union, which they want to expand, setting up other regional governments, which will all eventually come under one common worldwide umbrella, giving control to the elite of the world.

This new government will be a socialist one. We see that clearly in what’s happening in Europe. As time has gone on, the various European countries have become more and more socialist, now that the Soviet Union has been dissolved and Russia has moved away from socialism.

Anyone who knows anything about Biblical prophecy can see the writing on the wall. One of the things that is talked about in the book of Revelations is that one world government. So it’s likely that if this group doesn’t succeed, then another like it will. It’s just a matter of time.

You and I really can’t do much to stop that.

We can vote for politicians who will oppose putting the USA under such a system, but that’s about it. Since there are about as many people who vote Democrat in our country as there are who vote Republican, chances are that we’ll be back under the progressive-liberal leadership of the Democrats once again. When that happens, the globalists will have their instrument in place to push the United States closer to becoming part of that one world socialist order.

Barack Obama and John Kerry signed it on behalf of the United States. But it was never brought before the Senate, as the Constitution requires. So it hasn’t been ratified. What that means is that it isn’t law here in the USA. But if we ever had a Democrat president and a Democrat controlled Senate again, it’s waiting in the wings to be approved.

Should that happen, we can expect the Democrat controlled government to do everything they can to implement the provisions of that treaty, taking our guns from us, and with it, taking our ability to defend ourselves from tyranny.

That’s a prerequisite for making the country socialist, as they need us to be good little sheeple, who can’t rebel against the government. That, in turn, requires taking our rifles from us, because you can’t fight a war with pistols.

What is the Battle We Have to Face?

The question for us, is how will we survive that transition when it comes? How will we keep from losing our guns and our freedom when the US joins that global disaster?

I think there are a few things that we can assume will happen, when that day comes.

I also think that we can assume that it will be voted in by the people, specifically the younger generation, who are being brainwashed into believing that such a thing would be good. These assumptions include:

At first, the change will be made to look good. We saw this with the roll out of Obamacare. The government and the media touted it as a great success, quoting exaggerated figures of how many people were receiving free healthcare.

But what they didn’t say was that those people were signing up for Medicaid and that you and I were going to have to pay for it.

So we need to be aware of what’s going on behind the news; the truth of what Washington is doing, rather than the leftist propaganda that the mainstream media is pushing. We also need to be thinking about the news we are hearing, looking for signs that the USA is getting closer to joining that one world government system.

When that time comes, we will each have to make a decision. Actually, we should make it before that time comes, but even if we do, we’ll need to reaffirm it then. The three options we will have are:

Of those three options, the third one is the most sustainable survival solution. If we stay where we are, in cities and towns, it’s too easy for the government to find us and control us. But if they can’t find us, they can’t do a whole lot to control us either.

Even at the height of the Soviet Union, there were people living on the fringes of society, who were not really accounted for. These people, many of whom lived in Siberia, were too far distant from the government and too few to really matter. So they were mostly left alone.

Of course, this means going totally off-grid and either living off the land or homesteading. You wouldn’t be able to have an e-mail account, a bank account or a Facebook account. For that matter, you wouldn’t be able to be online at all. Any electricity you consumed would have to be produced in house, as well as your food and pretty much everything else you would use.

Since there won’t be any money, it will be difficult to buy things without accepting the RFID chip or something similar. But there will always be a black market, as well as others who are working on the barter system.

Once again, we can use the now defunct Soviet Union as a model and see that they had the same. Shortages in the Soviet Union created a very lively smuggling business, especially for products that were made “in the west” but not available within their borders.

We can expect essentially the same thing, especially at the beginning. While many people will be quick to accept their chip, they won’t want to give up the freedom of buying with cash. So while greenbacks will not be usable for much of anything, there will always be people who are willing to accept gold and silver in exchange for products. Stocking up on these precious metals would be a good hedge against this system.

Another thing that would help is the ability to make things that you can use as trade goods. One of the ways that those living in Siberia were able to trade for things that they needed was by trapping and trading the furs. While that probably wouldn’t work here, other similar opportunities would show up, mostly based upon items that were in short supply.

Is Gun Control a Threat Anymore?

One of the biggest risks that any of us who attempt to drop off the grid would face would be government agents, probably UN troops, confiscating guns. While government agents tend to be a bit on the lazy side, soldiers are used to hardship. So they would seek us out, even in remote areas.

The solution is make sure that you have guns that are totally off the books, such as ghost guns, so that you could turn in the guns you’ve purchased over the counter and look like you’re obeying the law.

But you would still have your off the books guns at home. As long as you kept them out of sight, you could get away with keeping them.

Of course, that also means avoiding using them, unless you absolutely have to. So it would be a good idea to have an alternative, like a bow and be proficient with it. That would give you a means of hunting that is silent, wouldn’t attract attention, but would still provide you with meat for the table.

All in all, it would be possible to live and even enjoy a life of freedom in such a world; but it would require giving a lot up in order to maintain your freedom.

So the decision really breaks down to how much your freedom is really worth to you. What are you going to do to keep your family safe?