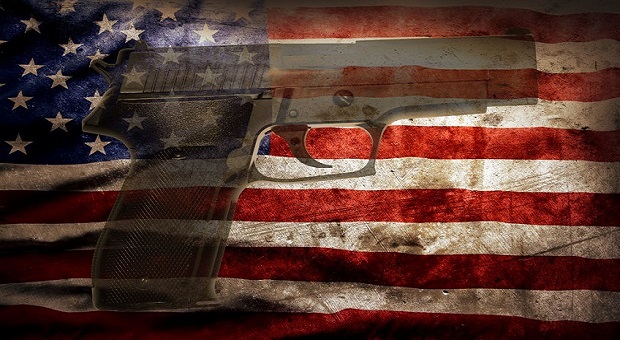 Rahm Emanual, the mayor of Chicago, Obama’s home town, has been quoted many times as having said, “You never let a serious crisis go to waste…” But few people ever remember the end of that quote, which is the truly telling part. It goes on to say, “…And what I mean by that it’s an opportunity to do things you think you could not do before.”

Leaving the grammatical mistakes aside, this quote gives us a keen insight into progressive-liberal thinking. While they try to paint themselves as the party of compassion, Democrats are anything but compassionate.

Their history makes this clear, even though their telling of it is the opposite. We must remember that it was the Democrats, not the Republicans who were and are trying to oppress the blacks. So, while they claim to support blacks today, it’s only to get their vote.

Liberals know that they can’t get their extremist agenda passed into law; so in many ways, they’ve given up trying. That’s what’s behind many of Obama’s executive actions, as well as many of the court cases that the left brings up, purely for the purpose of defining case law to mean what they want it to mean.

With this in mind, it’s no surprise that Obama has chosen to use the Orlando shooting as one more opportunity to make political hay, rather than to do anything meaningful to protect the people of the United States of America. He cares about us just about as much as Democrats in general care about blacks.

No, I’m not being cynical with this, merely observant. Time after time, Obama has used a crisis to further his political agenda, rather than to do anything worthwhile. Once again, rather than address the elephant of Radical Islam in the room, Obama has chosen to use this act of violence to claim that there’s a need for more gun control.

In the world according to Obama, it was actually a 29 year old gun named Omar Mateen walked into the Pulse Nightclub, a gay bar in Orlando, Florida and opened fire, all by itself. I’ll have to say, that was quite a gun. I’ve never seen a gun that can walk, let alone one that has the mental capacity to pick its own targets, based on its religious/political views. Obviously, my guns are defective, or just too darn lazy to do what the president says that guns are supposed to do.

It’s become like a broken record, with Obama repeating the same talking points over and over again, each and every time that some Islamic radical or crazed young man goes off and kills a bunch of people. His total disregard for the facts and his total denial of the reality of radical Islam has turned his response to these attacks into a circus side-show, rather than a meaningful response from the man who is supposed to be the most powerful man in the world.

But maybe this time was just a little different. Obama did say that they (meaning his administration) believes this to be a terrorist act, as well as a hate crime. Of course, that statement didn’t include anything about the killer being a Muslim extremist or his ties to ISIS. Nor does it admit the fact of Islamic terrorism. But that’s all right, as far as ISIS is concerned, because they took credit for the act themselves, rather than waiting for Obama to do it for them.

Perhaps Obama’s use of the term terrorist was nothing more than a precursor to his blaming this horrific act of violence on right-wing terrorists, as he has done before. I guess you could say that Muslims are conservative in one regard though, as they want to keep things the way they used to be, back in the sixth century. But they aren’t the same sort of conservatives as we have here in the USA.

So thanks to Obama’s failure to tell the truth and place the blame where it belongs, all he’s accomplished is to stoke the political fires and show how ineffective he is as a leader. As for any meaningful response, especially one that goes after the enemies who perpetrated this act of war, we’ll have to wait for the next president to come along.

Of course, that depends on who the next president will be. Hillary is in the same camp as Obama in a number of things, most specifically her feelings towards Muslims. She has made plenty of statements showing that she supports them over US citizens. And we can’t forget that Hillary, like Obama, was indicted in Egypt for their support of the Muslim Brotherhood, a known Muslim extremist organization. She seems also responsible for allowing our ambassador to be killed in Baghdad, while not raising a finger in his defense. Rather, she made a premeditated attack on a YouTube video and its maker.

So we can expect Hillary’s reaction to these attacks to be the same as Obama’s, ignoring them for what they are, and calling for greater and more restrictive gun control. After all, the more they can do to take the guns away from the people, the better they can control the people.

What Makes the Difference?

But there may be something even more sinister in wanting to take the guns away from honest citizens. Could it be that Obama, Clinton and others are actually in cahoots with the Muslim terrorists? Could their efforts to disarm the public actually be in preparation for an all-out Muslim invasion? Could they actually be so sold out to the Muslims, that they are willing to work to create an open field for them, where Muslims would have no opposition to their killing sprees?

Apparently there were no armed citizens in that bar, who could defend themselves and stop the gunman from killing others. The left will try to use that, unrealistically I might add, to show how useless a good guy with a gun is. But in doing so, they will have to ignore the work of the Orlando police, good guys with guns, who ultimately brought the killer down.

It is clear that Obama, Clinton and their cabal have missed the import of this incident, along with that of San Bernardino, California. These are clear acts of war, propagated by a terrorist organization which is calling itself a country, the Islamic State. They have declared war on us and invaded our country; and yet our political leadership is doing nothing in response. Where is the outcry from Washington? Where is the national call to arms? Where is the condemnation of the criminal government that stands behind this incident?

This was not “homegrown terrorism” as the left would have us believe. The shooter was a Muslim who declared his ties to ISIS. His parents were immigrants from Afghanistan, a Muslim country; and even though they condemn the killing their son wrought, they are the ones who brought him up in the Muslim faith. Yes, he was born on American soil, but his act of terrorism had nothing to do with that. It was an act of Islamist outrage that people would live differently than the way that they demand.

As a conservative and a Christian, I cannot and will not condone homosexuality. But as a former member of our military, I have stood to protect the homosexual way of life. How they choose to live is their decision, and as long as they do not hurt anyone else in the process, it is their right.

I imagine I could find many other conservatives, Christians and service members who would agree with me on that. But none of us would walk into a gay bar and open fire. Yet Omar Mateen felt he had the right to do so, just because he was offended by two gay men kissing. Hey, I don’t like seeing men kiss each other either, but that’s their business. My appropriate response is to look away.

War has been declared on us by Islam in general. The Islamic State itself has declared war on us. Oh, they blame it on the United States and Obama’s drone war, but that’s mere smoke and mirrors. They declared war on us, killing Americans and our allies, long before we fired our first shot. Have we forgotten 9/11?

President Bush was right to declare the War on Terror in the wake of 9/11. Regardless of the effectiveness of his actions and the accuracy of his information in attacking Iraq, he did so in the propagation of that war. He recognized the enemy and went after it; fighting the war on enemy ground, rather than giving them the opening to continue attacking us here at home. The result? There were no more terrorist attacks on American soil during the rest of his presidency.

Yet today we mourn the seventh such attack on American soil, since Obama took office. These attacks are accelerating. With the frequency between them shortening. Why? Because we have made no effective response. Our enemy only understands strength; yet we have shown them nothing but weakness.

Say what you want about Donald Trump, he has promised to do something about Muslim extremism in this country. While I don’t particularly like him as a presidential candidate, I feel confident that he won’t just sit by and condemn guns, when it is Muslim killers who need to be condemned. He may not yet have the knowledge of how he will do that, but it is clear that he has no intention of allowing these attacks to continue unanswered.

Should Trump win the election, I feel confident that one of his first actions will be to demand that the military and perhaps the Department of Homeland Security, provide him with real plans for dealing with ISIS. It may not happen the first day, or even the first week, but the order will go out.