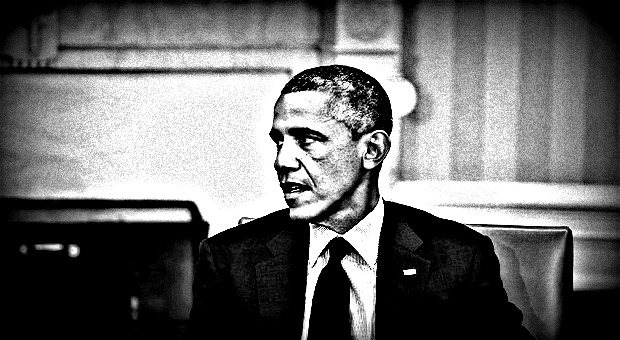 Is The End Of Obama’s Reign Truly In Sight?

Ever since Obama took his oath of office and started showing his true colors, a process which can be measured in hours, his presidency has been called “imperial.” This is not to say that he acts like an emperor in any positive way, but that he acts like his word is law, legislating with executive actions and executive orders.

This use of executive orders to circumvent Congress didn’t actually start with Obama; it has been creeping into our government for a number of years.

Many have said that Bush used executive orders in that way to some extent, but it’s truly come to fruition in Obama’s years in office. Obama has made Congress about as useless as an appendix on a colon, with his vetoing of everything Congress does, demanding that they do what he wants, and writing executive orders to circumvent them whenever they don’t do what he wants.

If there is anything that makes Obama dangerous to the country, it’s his firm conviction that everything he does is right. That comes out of his narcissism, but it’s actually a rather common trait for liberals. In their minds, they are smarter than anyone else and everything they do is brilliant.

Of course, as we all know, not everything that liberals do is brilliant and in fact it usually doesn’t work. But that doesn’t change things in their minds. Any liberal initiative that doesn’t work is because conservatives get in the way and block them from doing what they want to. All they need to do is more of the same, and it will work.

Just look at the war on poverty. If we conservatives hadn’t gotten in the way, it would have worked. After all, they have only been able to spend 22 trillion dollars on the poor in the last 50 years, a mere drop in the bucket.

Is This the End?

But let me get back on track here. I was talking about Obama and his scheduled departure from the White House.

I’ve written before about the risk of him declaring martial law, so that he could stay in office. As the days of his reign wind down, I’d have to say that the risk of that happening increases all the time. All it would take is the elections going in a way that he doesn’t like, such as Trump winning, and he’d get his friends in #Black Lives Matter or in the Muslim Brotherhood to stir up trouble, so that he could declare martial law.

This makes it look like there might not be any way of winning this November’s election. Either Hillary wins and we have the equivalent of Obama’s third term in office, or Trump wins and Obama creates his excuse to declare martial law. It doesn’t look promising.

Obama has gone on record, stating that he feels that Trump is not qualified to be president. I find that rather humorous, considering that Obama himself didn’t have very good qualifications for the job, when he was voted in. Granted, he was a politician before running for the presidency, but he hadn’t even completed one full term in the Senate. So, he went from community organizer (read “community rabble-rouser”) to president, with a two-year stint in the Senate in-between.

While I’ve never been a Trump fan, there’s no way that Obama is qualified to rate Trump’s ability to fill the office. I’m sure that the only qualifications that Obama cares about are how well his successor will carry on his legacy. Since Trump is conservative on at least some issues, that disqualifies him in Obama’s book.

But I’ll tell you this, Trump is bound to be better for the country than Hillary, especially for the country’s economy. At least he isn’t a criminal who used their time in office to sell influence to the highest bidder. Nor does he have a personal slush fund, disguised as a charitable foundation. He also cares about our veterans and isn’t likely to say things like “What does it matter” when they get killed, along with one of our ambassadors.

But even if Obama doesn’t declare martial law, it seems clear now that he’s not going to go away. He has publicly stated and it has been confirmed by Valerie Jarrett, that the Obama family intends to stay in Washington, DC, rather than return to their home town of Chicago.

Considering who Obama is and his tendency towards narcissism, that’s disconcerting in and of itself. I really can’t imagine Obama keeping quiet when Trump does something he doesn’t like, as Bush has done so well these last eight years. If anything, Obama will get more media interviews, giving him the opportunity to badmouth Trump and his presidency, than Trump will have.

Life after Leaving Presidency. But Not Really Leaving…

Traditionally, former presidents fade into the woodwork, allowing the new president to do their job, without interference. I can’t see Obama doing that. He is so sure that he is one of the greatest presidents this country has ever had, constantly telling everyone that in his speeches, that I can’t see him keeping quiet. I especially can’t see him keeping out of the media spotlight, if he doesn’t agree with some conservative policy.

There are two more aspects of this that bother me. The first is what he’ll do if Hillary wins the election. Is he setting himself up to be puppet-master? While I am fairly sure that there are people who are pulling his strings, could he actually think that he’s qualified to pull Hillary’s? Or could he have been chosen as puppet master, so that the true puppet masters can remain in the shadows?

It’s clear that Obama thinks that he has a lot of political clout. After all, he throws it around all the time. Could he be so stuck on himself that he doesn’t realize that he will lose that clout the moment he moves out of the White House? Without the ability to do political favors, what clout could he possibly have?

Hillary is not all that brilliant. She didn’t really accomplish anything as a senator, or as the Secretary of State. In fact, I know of nothing she accomplished as Secretary of State, other than to sell her influence and American resources to other countries. Why hasn’t she gone to jail for selling our uranium to the Russians?

Perhaps Hillary is looking forward to Obama’s “advice and guidance” when she is president. That wouldn’t surprise me. But I’ll have to say that she’ll likely get tired of it rather quickly, and tell Obama to go back home. The only thing that will accomplish is cause him to go on television and attack her.

The other thing that concerns me about Obama staying in Washington is something I saw happening as soon as he won the 2008 election. Once he had secured the presidency of the United States of America, he started campaigning to be president of the world. Yes, as a true one-worlder, he apparently believes that he is going to be the first world ruler, once the world is consolidated under United Nations rule.

This is part of why Obama has pushed so strongly against Second Amendment rights. Until the United Nations ban on private ownership of firearms can be implemented here in the U.S., a true one-world government can’t be enforced. Too many Americans are against that and willing to take up arms to defend our country’s sovereignty.

I’ve never believed Obama’s stated reason for wanting to stay in Washington. While most parents would take their children’s schooling into account on a job move, that wouldn’t be their only reason for staying or moving. But he is way too self-centered to make a decision based on his kids. I think he wants to stay in Washington to stay close to the seat of power, nothing more. Talking about his kids just gives him a way to camouflage his true intent.

So, as much as I’m looking forward to seeing the Obama family move out of government housing at 1600 Pennsylvania, I don’t think that’s going to be the last of him. He’s still a relatively young man, much too young to retire. Nor does he have the disposition to fade into the background. He’s enjoyed the limelight too long and he won’t give it up easily. With his many friends in the media and his great ability to use the race card, he will make sure that his voice is heard; and sadly, there are plenty who will listen.

So it’s not time to say good-bye to Obama, as much as we’d all like. The community organizer will still be organizing the community. Who knows, maybe he’ll be the next leader of Black Lives Matter, CAIR or some other anti-American group.