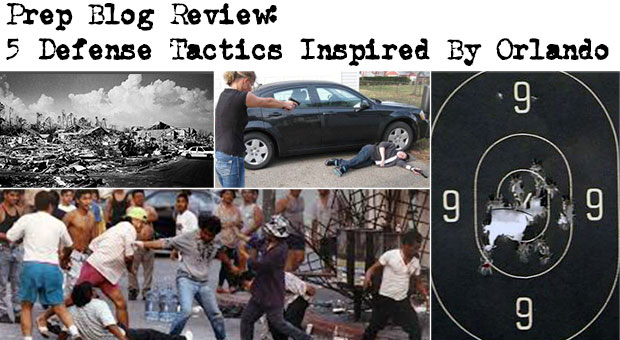 Orlando has been in our prayers and in our minds these past few days.

On top of the madness, blame and suffering, there’s a sad fact. Terrorism attacks have become the 2016 reality.

And we’re on our own to get prepared and face the danger. Here’s what help I could gather from our community:

1. 16 Things You Need to Know When Caught in a Panicky Crowd or Riot 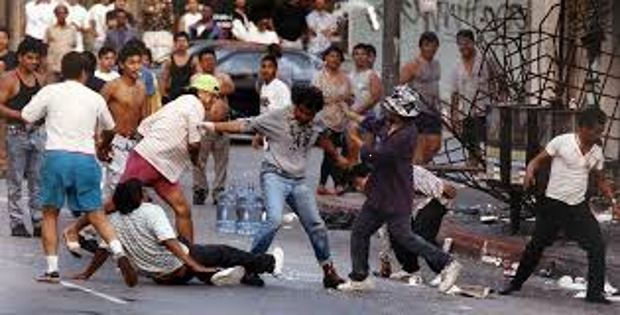 “What happens if you are stuck in a large riotous crowd?  Now this can be the result of an evacuation or bug out situation or just riots for any one of many reasons.  Now back in the early seventies I was working undercover and got caught in a couple of the anti-war riots that occurred during this period.  I even ended up on the wrong side of a police line, not the right place to be.”

2. How to protect your home from rioting mobs using fire as a weapon

“As the presidential political landscape takes shape, even a passive observer can tell it is looking like a violent year.  I have been taking careful notes on these developments and it should have you worried if you live in an urban area.  In particular, it has caused me to review preparations to counter fire dangers.  I have seen firsthand how fire can be used as a weapon either intentionally or inadvertently and it has awesome destructive force.  More specifically, in an urban setting, out of control fires can quickly spread and consume entire blocks in firestorms.  Now, think about your home.  How well is it protected and how prepared are you if fire is used directly or indirectly against your home?  More specifically, if the fire department can’t or won’t respond to your home because of riots and anarchy, will you be able to prevent fire from destroying it?”

“Last weekend I taught an Active Shooter/ Active Killer response class at The Tactical Defense Institute in southern Ohio.  Myself and several other instructors presented three days of material for 27 eager students. One of the key learning points we discussed all weekend was how to avoid being mistaken for the killer if you choose to draw your pistol and respond during an active killer event.  With more and more police agencies teaching a rapid single officer response to an active shooter call combined with larger numbers of armed citizens with CCW permits, there is the very real chance that another armed responder may be on scene if you decide to engage the killer.  In a rapidly evolving stressful event like that, it’s very easy for responders to make mistakes.  It’s no good if you stop the killing only to be shot by another CCW permit holder or a responding police officer who mistakes you for the killer.” 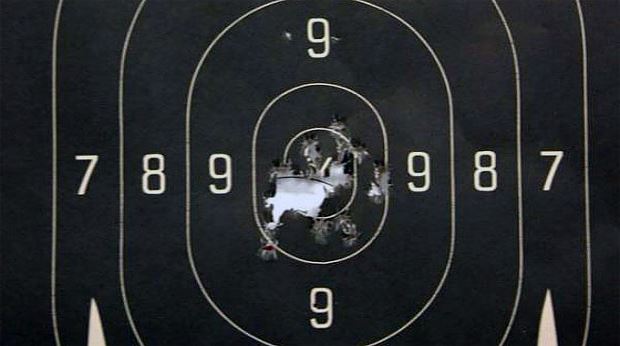 “Effective self defense with a handgun involves reality based training and practice.

It needs to be practiced into ‘muscle memory’ to the extent that if and when the MOMENT arrives to use lethal force, that you will react swiftly and effectively to save your life or other innocent lives.”

5. Lee Morrison – Striking To The Face 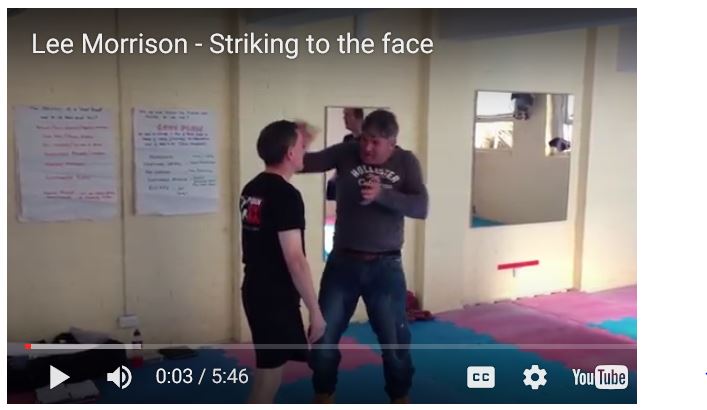 See the video on The Survivalist Blog.