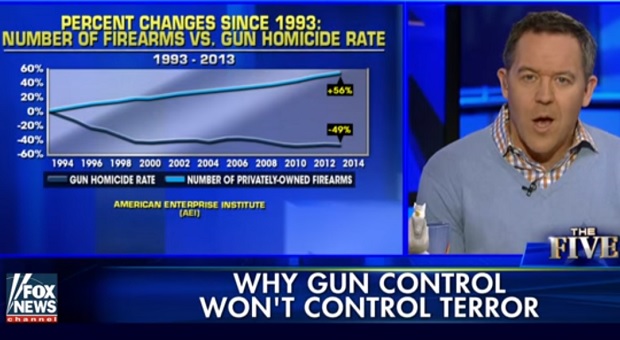 I hate to say it, but mass shootings are becoming much more common than any of us would like. It doesn’t seem like there’s going to be any reduction in them either; especially with radical jihadists being allowed into the country by every means possible. The war is becoming real and it’s happening in our streets, in our office buildings and in our schools.

While each event is individual in its execution, the events surrounding them are becoming as predictable as a grade B movie. While not all are, Muslims predictably carry many of them out, although the administration and the media won’t admit it.

Many of them predictably happen in gun-free zones. The left predictably blames conservatives, especially the NRA, and Obama predictably calls for more gun control. The same story plays over and over again; while Obama and the PC police prevent the truth from coming out and the real issues from being dealt with.

The latest shooting on December 2nd, in San Bernardino follows the script, with its own special twists thrown in. I remember that I first heard about it through a Facebook posting on “breaking news” from one of the news outlets I follow.

At the time, which was less than an hour after the event happened, little was known. But that didn’t prevent liberal reporters from already jumping to conclusions. I must admit, I jumped to my own as well, thinking that the perpetrators were probably Muslims.

Any time an event like this happens, details are sketchy at the beginning. It takes time for the police to figure out what happened and for the true story to be told. That’s why liberals have to act so quickly. They have to get their version of the story embedded in the minds of the sheeple before the truth comes out. Otherwise, they won’t get to spin it the way they want.

So, along with that very first report I heard about how the mainstream media was saying that the event was carried out by right-wing extremists and blaming the NRA for blocking gun control measures. There were even a series of tweets following that same vein and castigating law-abiding citizens who supported the 2nd Amendment, just for opposing gun control.

Well, now that more time has passed, we have a better idea of what happened. The first bit of truth that came out was the name of one of the perpetrators. It turns out that he was Syed Farook, an American citizen, who traveled to Saudi Arabia to marry his wife, who he met online. He was apparently accompanied by his wife, as well as his brother. The husband and wife were killed, when they tried to fight it out with the police.

According to Sayd’s father, he was a devout Muslim, attested to by the fact that he traveled to Saudi Arabia to marry and has recently grown out his beard, as all devout Muslim men are supposed to. Co-workers knew he was a Muslim, but were surprised that he would take such action, believing him to be a “moderate” Muslim.

The attack was a Christmas party, being held in the offices of San Bernardino’s Public Health Department, where Sayd worked as a health inspector. Co-workers said he was quiet at the party and left early. But he didn’t stay away, returning with his accomplices to rain death and destruction on the party.

Sayd and his co-conspirators showed up well prepared for their grim task, wearing tactical clothing and sporting AR-15 rifles. The way they were equipped shows that this was not a spur-of-the-moment attack.

About the only thing that might have been spontaneous was the time and place. It would have taken time to gather the necessary equipment, especially the AR-15s, which are illegal for sale in California. Sayd and his accomplices had obviously been planning such an event.

This one shooting shows the futility of the progressive liberal stance on gun control. California has already enacted everything on their “common sense” wish list, yet these killers were still able to get the weapons they wanted and carry out their murderous deed. Specifically, California has laws on the books for everything on the left’s gun-control “wish list.”

Fourteen of Sayd’s co-workers died and another 17 are wounded, proving that those gun control measures don’t work. Yet the left doesn’t see it that way. They are still screaming out for those laws to be adopted nation-wide, regardless of their effectiveness.

{adinserter bph}You see, to the left, the law has little to do with reality. It’s all about doing something to make them feel good. If people are poor, pass laws giving them more freebees from the government. If pollution exists, create new regulations that reduce emissions. If people are getting killed enact more gun laws. It doesn’t matter if any of those laws actually do any good, they’ll feel better, because they’ve “done something” about the problem.

That’s why they villianize gun owners and the NRA. We stand in the way of them going through the motions of making themselves feel good. They don’t care about the dead; they just care about salving what little conscience they have. If that hurts others, they’ll just blame the conservatives.

As we all know, guns aren’t the problem. The very same day that the Sandy Hook shooting happened (if it really happened), a man in China entered a school and killed more children with a knife than were supposedly killed at Sandy Hook. People killed one another before guns existed and they will continue to kill one another long after guns have been replaced by something else.

Even though that man had a history of mental illness, nobody is paying attention to that. Mental illness doesn’t match the narrative they want, so they won’t talk about it.

A few days before that, there was a mass shooting where a young black man wounded and injured several people. But that one doesn’t match the narrative either. So, while it was a serious shooting, the media isn’t bothering to cover it. Then there are the dozens of shootings that happen in Chicago every weekend, but those are mainly black-on-black crime, so they aren’t reported.

It is clear that the media is cherry-picking which shootings they will cover. They only talk about the ones that they can spin to fit their narrative. Each time, they salivate at the possibility that it really was a right-wing supremist nut job that did the shooting, so that they can justify themselves in blaming all gun violence on those of us on the right. But it just doesn’t happen.

As Texas Senator and Presidential Candidate Ted Cruz recently stated, violent crimes are mostly propagated by liberals, more specifically, by Democrats. They keep feeding the killing machine, creating gun-free zones, trying to take guns out of the hands of law-abiding citizens and pampering the criminals.

Actually, I think what these liberals want is to repeal the physical laws that allow firearms to work. That’s about the only way that you’re going to get guns out of the hands of the criminals. But as Cain proved, about six thousand years ago, you don’t need a gun to kill your brother.

Murder is bound up in the heart of man, just like adultery, stealing, lying and anything else you can call evil. Unless and until we can get rid of that, we will need our guns. As long as there is a way for criminals to get their hands on guns, criminals will use them. No law will stop them, just like no law ever written has stopped them from committing any other crime.

Of course, if their true goal is to make us subservient, gun control makes sense. Likewise, if they are trying to help the jihadists, by taking away our ability to defend ourselves. In that regard, gun control can be seen as treason, as it truly aids and abets our enemies, allowing them to conquer the American culture and force us to convert to Islam.

I think I’ll keep mine, no matter what they say.