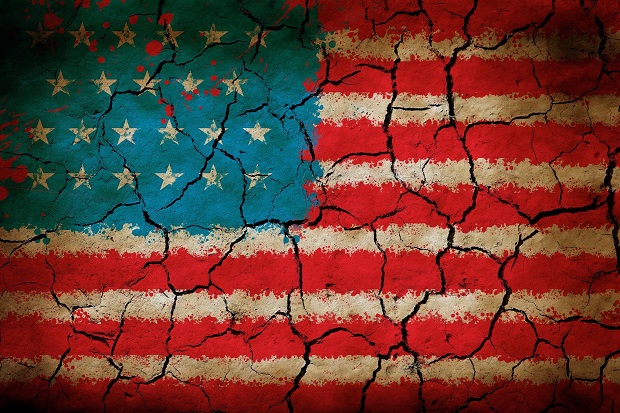 As I write this, three more police officers in Baton Rouge, LA are dead, and three more have been wounded. Even as these officers lay in a pool of blood, the left wing stubbornly refers to this as a “racial matter” and offers “gun control” as the miracle cure for the whole mess.

But even as these people demand disarmament, their very own rhetoric creates more innocent victims in our schools, in our movie theaters, among people of color, and among our civil servants.

Unfortunately, when anti-gunners write and speak, I feel, they have a tendency to use their words in ways that justify things that no humane being would ever agree to. In this election season, let’s have a look at the dark side of the anti-gun movement so that it becomes easier to see how it contributes to crime and terrorism.

Anti-Gunners Deny Human Equality as it Applies to Self Defense

I know some people are going to say that the 2nd Amendment is “subject to interpretation”. Let us not forget that the Constitution was written by military commanders and soldiers. As with any other soldier or veteran across time, they were every bit as aware of the difference between civilians and military personnel. Surely, if they had not meant for the common people to have guns, they would have made that absolutely clear.

Not only did the founders of our nation mean for us to have guns, it is my contention they meant for us to have unfettered access to anything we want regardless of how technology changes over time.  It is clear to me, that “equal under the law” applies to guns for every citizen in this nation.

Weird as it may be, when liberals talk about “equal rights” for the elderly, veterans,  minorities, LGBT, the disabled, the mentally disturbed, ex cons, and women, they never admit to the Constitutionally guaranteed equal right to self defense with a gun.   Instead, they appear far more interested in  deep throating our children with Common Core sex ed, and then say equal under the law only goes so far as men and women using the same bathroom!

Nevertheless, for every group whose rights they pretend to defend, they consistently seek to use the “reward” of recognition of other “rights” in order to prevent these people from speaking out about the right to keep and bear arms. Have a look at some of the disgusting things anti-gunners say to people that should be armed, but instead become victims of criminals and terrorists for want of a gun:

As you can see, in case after case, anti-gunners deny every group of special interests the right to keep and bear arms even though this is the one right that serves as the lynch pin for every other right.

As we have seen in Syria, Nazi Germany, the former USSR, and many other places in the world, when the people do not have guns or the absolute equal right to self defense, they wind up having no rights at all. No matter whether a terrorist attacks you in a night club, a serial killer attacks you in a parking lot, or someone else attempts to harm you, the fact remains, in that moment, guns are the only remedy that create even some degree of equality between predator and prey.

Without Guns There are Insufficient Consequences for Committing Crime

In the arena of nuclear weapons, there is something called “M.A.D.” or Mutually Assured Destruction that is said to keep nuclear nations from blowing each other out of existence. As among politicians, perhaps it is also so among average citizens. Our human race must still contend with everything from the wiles of nature to disaster of our own making.

Guns are precisely the kind of weapon that make people think twice about attacking each other. This is especially true of criminals that see risk differently than law abiding members of society. Never forget that criminals are classic opportunists that only look at the tangible capacity to take in the “here and now”.

Laws don’t matter when the opportunity to take what they want is open and available. When criminals know that people are armed and ready to defend themselves, they move on to easier targets.  From that perspective, anti-gunners reduce the immediate consequences of criminal acts, and therefore invite those acts against to be carried out against children and other innocents.

Without Guns, There are Also Insufficient Consequences for Terrorism

For the sake of this article, I make a distinction between terrorists and other criminals because, in acts of terror, there is a stated desire to disrupt and change society in a harmful fashion. By contrast, your garden variety criminal – even a serial killer – is more focused on how the event relates to him/her, and not the impact on society.

As such, I believe the risk assessment for a terrorists is a bit different than for other crimes. A murderer might be deterred by someone carrying any kind of gun, but a terrorist will pay more attention to the type of gun and the (for lack of a better term) machismo of the carrier. Terrorists want to know if they can generate fear in their victims and the larger society, not whether they can escape with their lives.   This is why all civilians need unfettered access to any and all forms of weapons, including military grade equipment (aka big stick = big… well you get the picture).  If a terrorist knows they will be outnumbered and unable to create fear in the crowd, they get no satisfaction, so they will not waste their time.

Sadly, we are seeing just how much fun ISIS is having slaughtering millions of unarmed people all over the Middle East and Europe because these people don’t have the power of a gun with which to do the necessary. To my thinking, the problem is as much unarmed citizens as it is the very nature of ISIS and other “terror groups”.

Criminals and terrorists are not stupid – they will always pick on gun free zones. People that go to these places are telling the world they are disarmed, and, therefore, vulnerable. These are the places where anti-gunners endanger people most by calling gun carriers paranoid and attempting to intimidate others into not carrying a gun.

Far too many naive, unsuspecting people these days practically advertise the fact that they want to be raped, robbed, kidnapped or worse by virtue of  being unarmed. To a criminal looking for easy pickings, anyone brainwashed by anti-gun rhetoric is good enough target for all their sick agendas.

Today, this disgusting outcome has evolved into a situation that is also increasing the risk to our police officers. Every time a citizen cannot defend themselves from a criminal, that means a police officer must do the job for them. Now here’s how that leads to the murder of both innocent people of color and the police:

It should be obvious that when elected officials do not support the equal right of self defense of the nation’s police, soldiers, and citizens, it sends a message of encouragement to our enemies.  I feel right now anti-gunners are saying loud and clear that our citizens are “too crazy” or “too weak” to have guns, and  that our police are too incompetent to send out without cameras on their shoulders.

In my opinion, when anti-gun politicians bemoan how horrible it is that our citizens have guns, that also sends a dangerous message to terrorists.

Stop and think about it. If you were ISIS, would you want to hear that the nation you plan to attack is filled with people that can handle guns and are have the full support of the government behind them? Would you be encouraged to attack  if you heard that soldiers and guns are a normal part of society?

Of course you wouldn’t!  Common sense alone dictates you would move on to weaker cultures that don’t have guns, and therefore are easily driven to the kind of fear where retaliation is impossible and domination is guaranteed.

While the anti-gunners run around saying they only want to “keep the public” safe, their actions and the way those actions are read by our enemies send the opposite message. If it is an embarrassment and a disgrace to discriminate against people based on gender, sexual orientation, color, mental condition, age, or religion, then it is also just as disgraceful to say that a person’s right to self defense with a gun can be limited by others.

This election season, we have a choice to make, not just about how our country runs, but on how our friends and enemies see us. Are we going to stand with the police, the people of color, the poor, the veterans, and the disabled and uphold our collective right to keep and bear arms?

Or, are we going to throw them to the mercy of terrorists and criminals just as we threw the children of Sandy Hook and every other massacre to misguided freaks that made such horrific use of gun free zones and other gun control laws?