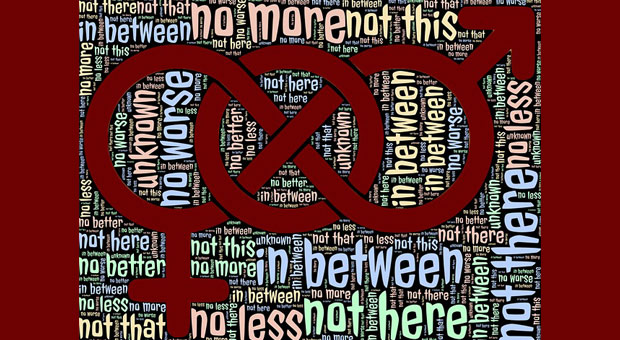 Just Whose Bathroom Is It?

With all that’s going on in the world today, you’d think that liberals could find something important to scream about. The world is full of real problems; some of which are actually liberal issues.

But the vast majority of what we hear coming out of the political left today is screaming over made-up issues. They manufacture a story, based on some imagined slight and then use it to try and change the world. Isn’t that what #BlackLIvesMatter is? Or how about the $15 minimum wage?

While I’m sure there must be some liberal issues that have at least some basis in reality, they are becoming more and more uncommon. I can see where a concern about the poor is a real social issue, even if the liberal solution to that problem doesn’t work.

I can even understand being concerned about the environment, even though I can’t see it destroying people’s lives and livelihood, without having a practical replacement for coal. Solar isn’t a replacement; the technology hasn’t developed to a point where it is sustainable.

But more and more, what I’m seeing come out of the liberal left isn’t a real concern about real issues, but a desire to scream about fancied slights and the hurt feelings of a small number of people. Liberalism has become, to a large part, about forcing the will of the minority upon the majority of the population.

Another way of putting that is that liberals are all about the tail wagging the dog. But this dog is a freak; it has too many tails. And it seems that the smaller a particular group of people is, the bigger the tail and the harder it wags.

Take the recent blowup over transgender rights, for example. This is a very small group of people, best estimated at being less than 0.3% of our total population. Yet, since Bruce Jenner first came out and said, “Call me Cait” they’ve been ruling the roost, as far as liberal issues are concerned.

Let me clarify what a transgender is, before we go any farther. A person who is considered transgender is one who identifies as the opposite sex. That doesn’t necessarily mean that they have had a sex change operation, just that they identify themselves that way. Only about 800 to 1,000 of transgenders actually have sex change operations a year. That means in the last 50 years, since the surgery has become generally available, only about 5% of the transgender community has physically changed their sex.

The rest of them may have undertaken hormone therapy, allowing biological males to grow breasts and biological females to become more masculine in their appearance, or simply be cross-dressers. The same term is used for one who is a cross-dresser as one who has been surgically altered to become to all appearances the opposite sex.

So, many transsexuals still have the genitals they were born with, and so is Bruce Jenner even he announced to the world that he was now a woman. Many more are in the same situation, living life as a woman, while still biologically being a man.

This creates a sticky situation for the individual and society in general and has become the fuel for the latest liberal blowup.

What are they blowing up about? About allowing these individuals into the opposite sex’s bathrooms. According to the left, one should be able to choose their bathroom and locker room simply based upon how they feel on any one day. But since these people are confused about who they are anyway, this could actually lead to them changing back and forth from day to day.

But the big issue is what this liberal hypocrisy is doing to the rest of the country. According to the liberal narrative, failing to allow men who identify as women into women’s bathrooms is discrimination against them.

That means forgetting about the rights and safety of women and girls, half our population. It means ignoring the plight of the 25% or more of women and girls who have been sexually abused sometime in their life. It means putting them at risk of more abuse, simply to satisfy the desires, not needs, of a small percentage of people.

To think that these people’s rights trump half the population’s rights is absurd. Yet that is the stand the left is taking. Worse, their supposed solution to the problem opens the door to all sorts of abuse.

What’s to keep men who merely want to be peeping toms from using this giant loophole that the left has created, to go into girl’s bathrooms and locker rooms?

But even if the left was somehow able to create a situation where only “true” transgenders would be able to access the women’s restroom, that still wouldn’t protect women. As I mentioned earlier, 95% of them still have male genitals, and not all of them are homosexual. So, even though these people identify as women, they may very well still want to have sex with women, rather than fulfilling the role of women in the sexual union. So that means that women are even at risk from transsexuals.

Let me take that a step further. The sight of a naked man can be shocking to a women who has been sexually abused. So, while women’s bathrooms have semi-private stalls, where women can’t see each other without really trying, the common area is open for all. How would it affect a young rape victim to come out of a bathroom stall and encounter a naked or semi-naked transgender?

Or what about a locker room? When this issue first blew up, it was about teen transgenders wanting to use the girls locker rooms and showers in high schools. Those are common, shared showers. What is going to protect the girls in there from the potential trauma of seeing the transgenders naked?

The left has opened the door for endless abuse. Yet perhaps they don’t see it that way. After all, the women’s lib movement has been trying to convince women for decades that sexual promiscuity is the way to go.

Their narrative has been that women should experience a wide range of sexual partners and enjoy themselves. They are totally ignoring the fact that women react differently to sexual relations than men do, and are trying to turn women into men, emotionally speaking.

Of course, none of this would be an issue if the left were willing to recognize reality, rather than trying to see everything through their ideology. The very idea that there are more than two sexes is absurd. Yet this is an absurdity that the left is claiming as true.

Today, liberals claim there are at least six sexes, even though biologically there are only two.

The thing is, these “other sexes” have always existed, but throughout history they have been seen as aberrations. Anyone who identified as being of the opposite sex of being sexually attracted to their own gender was considered strange; to have problems, even to being mentally unbalanced. Yet suddenly they are considered the norm and we, the normal people are considered to be the aberrations.

I guess from a “progressive” viewpoint, which means progress into moral decay, that makes sense. But the truth of the matter is that there are only two biological sexes. From where I stand, anyone who does not self-identify with their body has a problem. That’s hugely different than saying that society has a problem for not accepting them as they are.

Of course, this is just one more example of liberal hypocrisy, stating that we should accept these people as they are, while refusing to accept the majority of the population as they are. If they were truly after equality and respect for all people, they wouldn’t constantly insult those of us who simply state that we don’t agree with them. But no, to the liberal mind, disagreement with their “politically correct” viewpoint is hate and we must be castigated as “haters.”

There is a simple solution to this bathroom problem, one that was proposed by the very high school where this issue all became so public. That’s to give these people their own bathroom.

But somehow, the left calls that discrimination. I guess that’s just more of their Orwellian doublespeak, as it’s actually giving them special treatment. By definition, that’s the opposite of discrimination.

So the left will continue to complain. Bruce Springsteen and others can cancel their concerts, businesses can choose not to do business with states which don’t support the right of transgenders to sexually abuse real women and the media can continue to vilify those who oppose the liberal agenda.

But when all is said and done, men are men and women are women, and if you’re unsure which one someone is, all you have to do is make them drop their pants.

As for me, I will protect my wife and daughters. If that means that I stand guard at the bathroom door, when they have to use public facilities, so be it. I won’t go in the bathroom, as some suggest, but I won’t let anyone in, who I think is a man.

If others don’t like it, that’s too bad. Protecting my wife and daughters trumps their feelings any day.