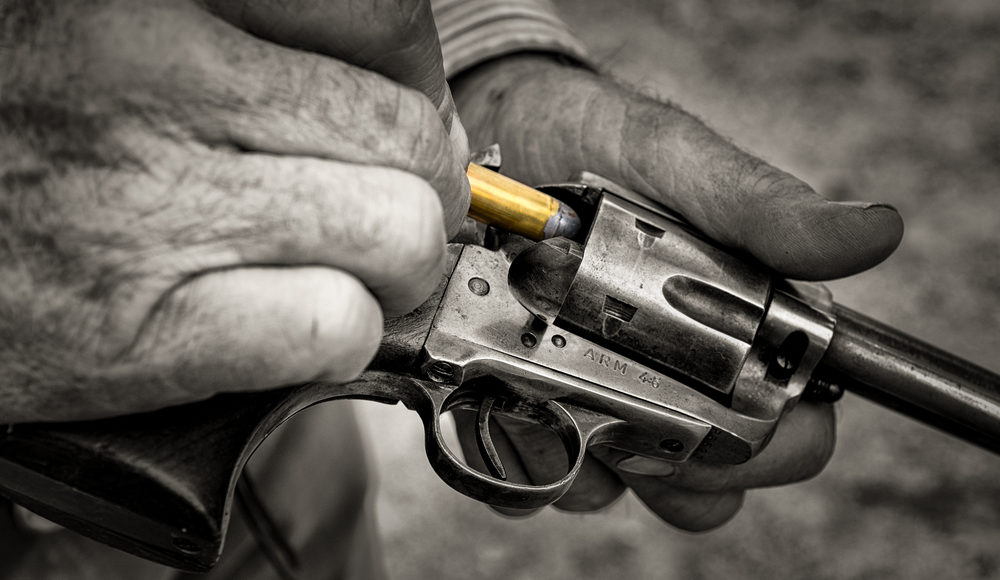 It is estimated that the number of adversaries encountered in a handgun fight has been steadily increasing since the 90s. It seems that it is customary nowadays to deal with two targets at once in handgun fights.

This new norm forces the conscientious gun owner to learn to engage multiple adversaries. They need to train to deal with a situation in which they are outnumbered, and they have to learn how to defeat two, three, or perhaps four adversaries.

As my instructor explained, this means that your target will be in a lateral, rather than linear, array. If they would be in a linear array, strung out in front of you in a line at different distances, you would have a series of single target engagements. A quick step or two to the right or left would prevent them from engaging you simultaneously, allowing you to engage them accordingly.

How to engage the targets

However, time is not always on your side, and in a gunfight where multiple adversaries are involved, reaction time becomes critical. Shooting each target twice may take too long, and you may provide the unengaging adversaries more time to take a shot at you successfully.

While two hits provide maximum stopping power, especially if they are placed in the thoracic cavity of the target, you may not have the time to place those hits. And if you miss the target or place a hit in a low-impact area, you will provide the target far too much time to engage you. Even if you’re an expert shooter, time still plays against you.

The best course of action would be to fire only a single shot at each target, and by doing so, in theory, your engaging time will be twice as fast as shooting each target twice. Place a bullet into everyone’s thoracic area and see what happens next.

After your initial engagement, you should lower your firearm to a ready position and assess the effects of your shots. If you experience failure to stop the targets, follow-up shots become necessary.

Also, if you notice your targets are some distance away and armed with visible deadly weapons, sometimes it is recommended to do a quick side-step and place yourself in a kneeling position. It will provide you with more accuracy and, at the same time, will make you a smaller target for them.

The order of engagement should be from the strong target to the weaker ones, shooting first those with firearms (since not every one of them may be carrying).

Even so, you have to keep in mind their placement and their distance relative to each other and yourself. If one is not carrying, they can still cover 7 meters easily in 1.5 seconds on a dry surface. This means that if they rush you, you have to avoid letting the targets get too close before engaging them. Any edged or blunt weapon can become deadly if they get too close.

There’s also the problem of getting visual confirmation that your targets handle deadly weapons and are a real threat. It is advisable to engage only those on which visual identification is immediately possible, then move to cover or a position that provides good visual contact. You can shoot accordingly once you can observe if the other targets are a deadly threat (or not).

I’ve noticed that each self-defense shooting instructor has a different approach when it comes to follow-up shots. Some say it’s better to shoot each adversary until they finally collapse, while others claim it’s better to shoot for the femoral artery, pelvis, or femur. Some boldly recommend trying to shoot the gun out of your adversary’s hand. Let’s look more into this.

Only in movies can you successfully shoot the gun out of an adversary’s hands. Such marksmanship is not feasible in a gunfight scenario where things are happening way too fast for most folks to place an accurate shot.

And let’s say you’re that good and your accuracy is unbeatable; you will still have some explaining to do in civil court. They will ask you why if you were able to shoot the gun out of their client’s hands, didn’t you do so in the first place. You placed a pelvis or chest shot rather than shooting off the gun. Why didn’t you neutralize the weapons of all the targets, and you decide who lives and who dies?

They will put you in an awkward situation, they will twist your words, and you will be made to look bad.

Shoot them till they drop

This scenario has specific considerations one needs to keep in mind. First of all, dropping all the targets takes too long, and you may not have enough time to make all the targets collapse. And second, when you shoot someone, their central nervous systems(CNS) will go into overdrive mode to ward off shock.

This is a reflex action intended for the person to continue functioning for a while until they can get out of harm’s way. It’s a protective reflex action that both humans and animals have, and that’s why you see a human or animal being able to flee after being shot.

The target’s body will continue to function until the central nervous system shuts down. So let’s say you shoot someone in their thoracic cavity. Here’s what will happen. If there’s enough shock, the nervous system will shut down a few seconds after the initial trauma, and the target is incapacitated. If there isn’t enough shock to incapacitate the target, you will need to produce an additional shot for the CNS to shut down, but additional shots in the same area will deliver successively less shock.

If you try to shoot the targets more than once to provide the additional shock, things can get out of control fast, and you may not be able to incapacitate all of them. Place a good shot in each target, get to cover, let them bleed, and follow-up with additional shots only if they are not incapacitated.

How about that pelvis shot?

I was taught to perform a pelvic shot to stop a rushing attacker wielding an edged or blunt weapon. The problem with the pelvis is that this large bone isn’t exactly visible, and you have to guess its location.

This becomes a problem since placing an accurate shot in the pelvic area often fails many defensive shooters. Most of them will place a hit in the lower abdomen and genitals, and these hits cannot immediately incapacitate the target.

The same principle goes if you try to shoot for the femur, femoral artery, or perhaps the knees. You are trying to hit relatively small targets that you can’t see and are guessing where they are. Even more, these targets may be moving just as you are attempting to shoot them, which can result in a higher failure rate.

And lastly, if the target has a firearm, you may hit the target, and they may fall, but that won’t prevent them from firing back.

During a gunfight, most people will often experience failure to stop, and they should be ready to respond accordingly. In such a case, a follow-up shot to the head is often recommended since the head is visible, and, in theory, it should be an easy-to-hit target for those who put in the hours at the range.

Handling multiple assailants at once during a gunfight is a sensitive topic among gun owners, and most of them decide to blindly follow the theories and techniques they’ve learned in shooting classes. However, some of these methods may be inappropriate for a situation where you are outnumbered.

Traditional beliefs and ritualism in gun training aren’t always the best techniques, and once the bullets start flying, life and death are serious business. Your ability to think and reason and trust in your ability to place fast, accurate hits on your targets are the only things that will keep you alive. 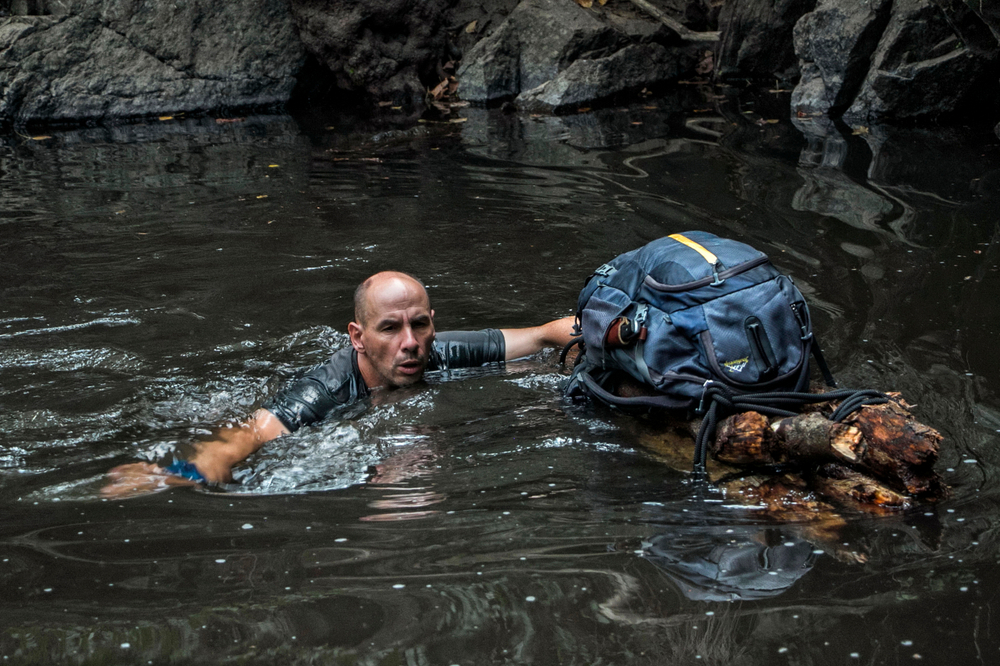 Keeping Your Head in Times of Crisis