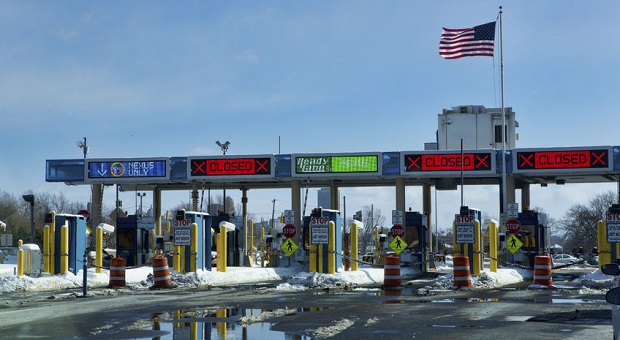 Presidential hopeful Donald Trump raised a real firestorm recently when he made his comments about illegal immigrants. But I’ll have to say that while his wording could have been improved, he’s absolutely right. We are faced with a wave of crime in this country, which is caused by Obama’s lax immigration policy.

Sadly, all too many of those who are taking advantage of our porous border are doing so with criminal intent.

Of course, the mainstream media isn’t covering that, as it doesn’t fit their narrative. They’d rather misquote Trump, making him out to be a racist, so that they can make him look bad. Besides, isn’t the horror of the Confederate Battle Flag much more important than the loss of our country’s sovereignty?

The Different Meanings of a Good Life

Anyone who lives along the border knows how serious the situation really is. Those thousands of “children” streaming across the border, supposedly seeking refuge, are mostly 16 to 18 year old gang bangers, who are coming seeking opportunity. Only… the opportunity they want is not a good job, but a bunch of rich gringos they can steal from.

{adinserter aliveafteramerika}While there are good people who are sneaking across the border, wanting to better their lives, we have to realize that the drug cartels are controlling cross-border smuggling.

That means that they are controlling who gets to swim the river too. If they send kids across, it’s so that those kids can be a smoke screen for whatever else they are doing. But most of the time, they are sending across people who work as mules to carry across their drugs.

The media and the liberal left are trying to legitimize these people, saying that they have a right to vote in U.S. elections. Obviously these people don’t understand what citizenship is, as the right to have your voice heard and to vote are the two essential ingredients of citizenship. Yet, the voice of the illegals is being listened to, over the voice of the citizens.

Of course, that’s because the illegal immigrants vote Democrat, so the Democrat party wants their voice to be heard. It’s not that the Democrats care any more about these people than the Republicans do, it’s just that they want those votes. In a sense, you could call it just another form of voter fraud; allowing non-citizens to vote.

The federal government is now requiring that states use the federal form for voter registration, instead of state generated forms. But the federal form doesn’t ask if they are U.S. citizens. Nor are the people collecting the voter registrations allowed to ask if they are citizens or seek proof. They are knowingly stacking the deck in favor of the Democrat Party, by trying to ensure that these illegal residents vote Democrat. It doesn’t matter what this does to the country, all that matters is that the progressive liberals can maintain power and lead the country into socialism.

Why is this so important? Part of the problem facing the Democrats is that they are losing the black vote, something they’ve depended on for years. Obama has done such a poor job supporting the black community, that many don’t want anything to do with him or with his party.

That’s kind of funny, in a way, considering how much effort Obama has put into causing racial division in this country. Had that energy been put into helping the poverty of the blacks, he probably would have gained their vote for the next 20 years or more. But instead, he’s hurt them and used them, just like he has everyone else.

So, allowing illegal immigrants to flood our borders and fill our cities replaces those lost votes for the Democrat Party. All they have to do is to offer them the same handouts that they’ve offered impoverished blacks for the last 50 years. That will guarantee their vote.

The sad thing is that if those Latinos knew our politics better, hardly any of them would vote Democrat. By their nature, the Mexican people and those from other Latin American countries are conservatives. This is especially true in any area of morality. Even the non-religious people of Latin American are nominally Catholic and agree with the church on issues such as homosexuality and abortion. But because most of them don’t speak English well and don’t read about the parties and what they stand for, they vote Democrat, so that they can get the handouts.

Nothing Is for Free, but Everything Has Its Price

This is the same political policy that the Democrats have used since the beginning of the “War on Poverty.” They’ve used taxpayer money to buy votes, by promising to give the poor more, while filling them with fear that the Republicans will take it all away from them.

Throughout the last century, every political party around the world which has publically supported the poor and the working man, has done it to get their vote. But in the end, they didn’t care about those people, all they cared about was getting power. I don’t care if you’re talking about NAZI Germany, Socialist Russia or Communist Cuba, it’s all the same. They prey on the lack of knowledge of the poor, to get their votes, and then use that to get total power.

So, where is this taking us? First of all, these illegal immigrants are costing the country a lot of money. Between paying for their childrens’ schooling to giving them food stamps, taxpayers are footing the bill for this liberal policy. The total cost of these services is estimated to be about $113 billion; money that states and municipalities could use for other things. Of that, only a third of federal expenses in helping illegals is recouped in income taxes and at the local level only five percent is.

Then there’s the problem of the next elections. Without the ability to control who can vote, there is no way of knowing who should truly win. Of course, we can add that to the countless cases of voter fraud that the Democrat party has been propagating in recent elections. Between them, it’s amazing that Republicans win any elections.

Americans are being killed, raped and robbed by illegals. Granted, not all illegal aliens are doing those atrocities, but enough are that we need to take action. Our cities are becoming more dangerous, simply because of criminals being allowed to walk the streets. As Trump said, Mexico is sending us those criminals intentionally; and he is right.

Some have said that this is all part of a Cloward Piven scheme. We may never know. But it is clear that the massive number of people being allowed into the country isn’t helping out our economy. It is cheaper to hire these illegals, who are being given work permits by the government. Government agencies are giving them jobs and Obama has told the military to recruit illegal aliens, at the same time he’s forcing layoffs of thousands of troops.

With a high number of workers who are willing to work for extremely low wages, chances for Americans to find jobs diminishes. This impacts high school students and recent graduates the most; as they normally fill the jobs being taken by the illegals. Is this what we want for our kids? That they can’t work, because their job has been given to someone who doesn’t have a legal right to be here?

I feel for the Mexican people; I really do. I’ve traveled extensively in Mexico and I understand their desire to come to the United States and get a better job. But we are a nation of laws and those laws need to be obeyed. When the president is ignoring the law and encouraging others to do the same, it doesn’t bode well for our nation.

We stand at the brink of disaster. Many have talked about the upcoming financial collapse of America. Yet, rather than do something to make it better, the president is doing the opposite. He’s burdening the taxpayer with more bills and taking jobs away from Americans.

When will this stop? Probably not until 2017; if then. A lot depends on who gets the Republican nomination. We need someone in the White House who will stand against all the illegal activity that the current president is doing.

So far, in this area, only one candidate has stood against it; all the others are afraid of the PC police.