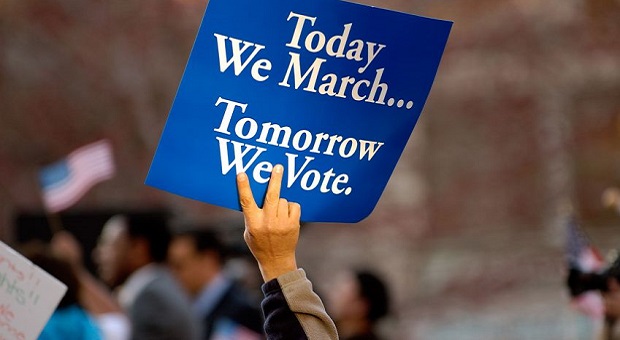 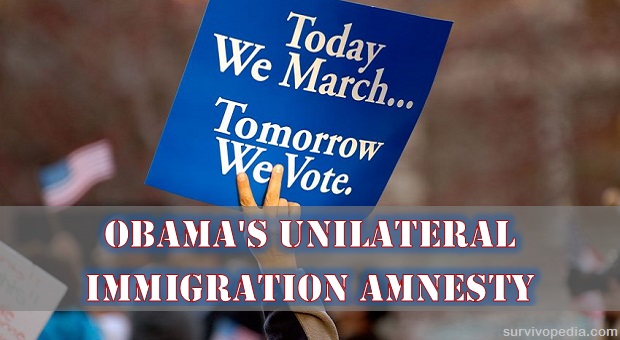 On Thursday, November 20th, President Obama announced his plans to push forward with granting amnesty to 5,000,000 illegal aliens in the United States. While I don’t agree with his actions, I’ll have to say that the action he has taken was not as bad as many feared. Of course, we have yet to see the written executive order, so it may end up being worse than it sounded in his speech.

The president has no legal right to unilaterally grant amnesty to these illegal aliens. Democrats are trying hard to cover up for that, saying that all he is doing is making a decision not to prosecute them, or that it is merely a scheduling issue, things that District Attorneys do all the time.

{adinserter bph}However, there’s a huge difference between what Obama did and what District Attorney’s do. When a District Attorney decides to not prosecute, it’s because there isn’t enough evidence to make a conviction possible. These people are known to have broken U.S. immigration laws.

Another excuse that Democrats are using is to say that Regan and Bush both gave amnesty to illegal aliens, so what Obama is doing is no different. Once again, they are carefully misconstruing the facts to make the case look good politically. While Regan and Bush both participated in amnesty programs, it was in cooperation with Congress. Obama has chosen to ignore Congress, simply because they won’t do what he tells them to.

Of course, this has been characteristic of Obama’s presidency. King Obama thinks that he has a right to command Congress and they have to obey. That’s his idea of “working with” them. In the first two years of his presidency, when the Democrats controlled both houses of Congress, that’s how it worked. So, he thinks it should work the same with the Republicans. They have no right to impede his plans.

Compromise clearly is not a word in Obama’s book. Actually, it is, but it’s always the other side that has to do the compromising. For that matter, so do the American people. By deciding to go along with his executive amnesty, he is going against the will of over 70% of American citizens.

The Real Trouble with Immigration Amnesty

The issue here really isn’t the illegal immigrants. The people he is planning on giving amnesty to are illegal aliens who have lived in the United States for more than five years, have not committed any crimes (other than to enter the country illegally), have paid their income taxes and have children who are born U.S. citizens. If there are any group of illegal immigrants who should be fast-tracked to residency, I think that most would agree it’s this group.

One major concern that has come up is that these people will compete with Americans for job. The reality is, they already are. Once legalized, their employers will be forced to pay them at least the minimum wage and they will be required to pay taxes and social security premiums.

The question then becomes, how will that affect the job market? Will those people then look for higher paying jobs than they have, making room for others to take their places? I think so. So in that sense, the amnesty will probably encourage more illegal aliens to swim the river or climb the fence and come to the United States, the land of milk and honey, as well as food stamps, welfare checks, free health insurance and section 8 housing.

That’s one of the real problems with Obama’s plan. By legalizing these people, he makes them into a burden for the American taxpayer. These aren’t doctors and lawyers, these are uneducated people who work at low paying jobs. In other words, they are the working poor. So, by legalizing them, he is opening the door for them to receive all sorts of free services, and placing the burden of those costs on the American taxpayer.

The other problem is that once again, Obama has shredded the Constitution, taking upon himself authority that he doesn’t have. He has become totally out of control. What started as an aberration, with Obama legislating by executive order, has become the norm. He is rendering Congress useless by doing what he wants, to meet his agenda, regardless of what Congress says.

There are two things we must keep in mind about everything that Obama does, maybe three. The first is that he is a Democrat. The holy grail of the Democrats is that they have power, so that they can extend that power into every nook and cranny of our lives.

They are after totalitarian rule of big government. So, every act becomes a political act; done to give the Democrat party a political advantage. This move gives them another 5 million potential voters, since they will promise the poor Mexican immigrants to give them handouts and tell them that the Republicans want to take those away.

The second thing that we have to remember about everything that Obama does is that he fully intends to destroy the United States of America, or “fundamentally transform it” in progressive speak. Obama isn’t a patriot, but sees America as an evil blight upon the face of the earth. He wants to eliminate American power, so that the third world people (especially the Muslims) might have a chance.

So, how does his latest move fit into these goals? First of all, it increases the Democrat voter base. Secondly, it weakens the American economy even farther, making more people dependent upon the government. Thirdly, it could bring about the collapse of the American economy, if it is truly a Cloward-Piven scheme. And fourthly, he is taking in the world’s poor and giving them money taken from the pocket of the American taxpayer. He meets all his goals, with one stroke of his pen.