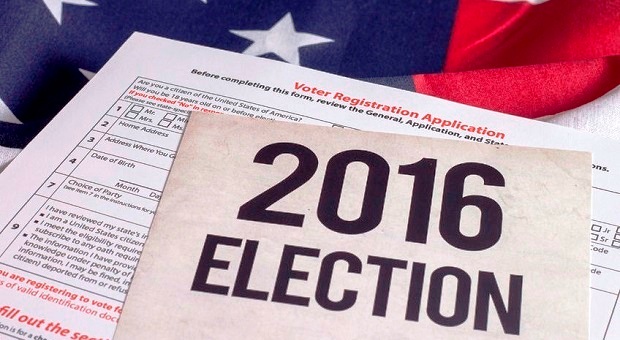 The Party of Voter Fraud Exposed

As things are closing in on election day 2016, one of the hot button topics that should be being discussed, but isn’t, is voter fraud.

The Democrat primaries were rife with fraud, even though the party officially denies it. But in state after state, Bernie Sanders lost, not to an overwhelming number of Hillary votes, but due to an overwhelming amount of voter fraud. And Democrats still accuse the Republican Party of fraud.

Back in the 2012 presidential elections, the Democrats accused Mitt Romney of voter fraud, long before the elections, simply because a relative owned stock in one of the companies which supply the computerized voting booths. There was absolutely no evidence of any Republican voter fraud brought to light, but the howling on the left was all but deafening.

But then, there’s one thing you can be just about sure of, where the Democrats are concerned. That is, they are probably doing anything they accuse the Republicans of. They constantly accuse Republicans of being racist, and also of building up the national debt, in order to hide their own spending.

So, it’s perfectly reasonable to assume that their accusations of voter fraud are merely a cover for their own efforts to fraudulently win the elections.

Rather than listen to all the noise, we’ve got to look at where the action is. And where it’s been for who knows how long is in the Democrat camp. Time after time, reports come forth, talking about how votes are switched from Republican to Democrat. But the opposite never seems to happen.

Then there are those districts which Democrats win with more votes, than there are voters living in the district. Somehow, that never seems to happen in favor of Republicans. But enough cases like that happened, in both the 2008 and 2012 presidential elections, that Obama might not have won without them.

With the voter fraud propagated by the establishment Democrats in the primaries, there is no reason why anyone should think that November’s election might be any different. On top of that, Jeh Johnson, the Secretary of the Department of Homeland Security (DHS) is taking over the elections, supposedly to ensure that they are “fair” elections.

What I’d like to know is what definition of “fair” is Johnson using. It’s quite possible that his definition of fair, like many Democrats, is that Hillary Clinton wins and occupies the White House, regardless of how the people vote.

There’s a strong possibility that the fix is already in on this election. George Soros, the financial power behind all things liberal, legal and not so legal, made it clear in an interview that Donald Trump will win the popular vote, but Hillary Clinton will be the next president. There are several ways that this can happen and his statement could have been pure braggadocio, but it’s also possible that he knows something that nobody else does.

If there’s anything that has become clear this year, it’s that there are things going on in the background, which aren’t for public consumption. What kinds of things? The type which normally make up conspiracy theories. There are people in power, movers and shakers in the world, who work to make things come out in their favor. These are the true one percenters, the people behind the one world government.

These “elite” think that they are smarter than the rest of us and therefore have the right to decide the course of the world. What they really are is a bunch of ruthless money men, who use their wealth and the resulting influence, to make politicians and businessmen dance to their tune. In doing so, they effectively control the world.

No wonder George Soros hates Donald Trump. Soros is worth an estimated $24.2 billion, alongside of which Trump’s $4.2 billion is pocket change. Yet Trump is running against Soros’s horse in this race, and doing rather well. This alone speaks well for Trump, as he is unwilling to go along with the elites who are trying to call the shots.

Over the last several years, we’ve seen Obama politic and posture to create a lasting Democrat Party legacy. More than anything, he has worked to ensure that the Democrat Party has ongoing control of the White House, and through it, the country’s destiny. Some of his biggest actions have been done with nothing more than that in mind.

Actually, saying that requiring voter ID is too big a burden to place on minorities is racist in and of itself. By saying this, they are saying that minorities don’t have the intelligence and ability to get a legal identification. Yet, they require identification from these people to get their food stamps and other government handouts. So clearly the racism argument is one of convenience, not one of principle.

Of course, the voters they are concerned about disenfranchising aren’t American citizens; but rather, Mexican citizens who crossed the border illegally and are now living in the United States without legal permission. These people can’t get an acceptable ID for voting with, because they don’t have the right to have such an ID.

But then, getting those people in the country and getting them to vote is all part of the plan. Most Mexicans vote Democrat, because the Democrats cater to the poor and needy, promising to give them free handouts. Since most illegal aliens qualify as being poor, they vote for the party who will help them out, when they can vote. It just so happens that it’s the same party who thinks that they have a right to be here and take advantage of all our social services, even though they aren’t here legally.

In this, we see the second part of the Democrat plan to gain total dominion of the United States. If they can get enough people in the country who are dependent on the government, they can win election after election, no matter what Republicans do.

This is somewhat like the story of two wolves and a sheep voting on what they are going to have for lunch. Since the sheep is outnumbered by the wolves, their vote doesn’t matter. Likewise, if the Democrats can get enough poor people to be dependent on government handouts, and they are the party pushing for those government handouts, then the votes of the working class won’t matter.

Obama’s illegal actions to give executive amnesty to illegal aliens fits in here. By doing so, he is increasing the Democrat Party voter base, without it costing the Democrats a thing. All they have to do is keep giving away taxpayer money, and those who have received amnesty will keep their loyalty to the Democrats and keep voting for them. To do this, they need to intentionally keep the Mexican voters ignorant about who they are.

The cynicism of all this is mind-boggling. The black community is waking up to the idea that the Democrats are merely using them to get their votes. But the Hispanic community hasn’t seen that yet. When they do, the exodus of Hispanics from the Democrat voter rolls will be much faster and much more furious than Eric Holder’s scandal.

All this ties together. It’s all part of the same plan. Democrats are interested in one thing and one thing only; that’s power. They want to control every aspect of our lives, making us slaves in all but name. And they’ll dip to whatever level is necessary to complete that goal. Voter fraud, lying to their own voter base, keeping people ignorant, allowing non-citizens to vote, it’s all the same to them.

In their eyes, the ends justify the means. As far as they are concerned, nothing they do is wrong, and nothing they can do is as evil as allowing Republicans to have control of our country. If they have to break the law to keep that from happening, they will… then they’ll blame the Republicans for doing it.