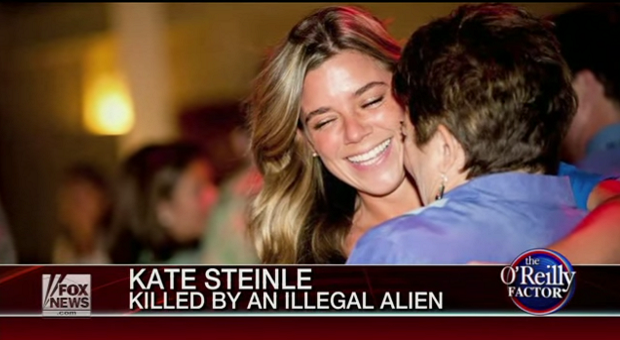 A little over a week ago, a young woman in San Francisco, California was killed for no apparent reason. The news has been rather quiet about the details of this crime, not even giving a reason for it. From all I can tell, it was a totally unprovoked killing, based on nothing more than the killer’s desire to kill.

That may not be all that far from the truth, considering who the killer is. According to police reports, the murderer of that young woman is an illegal alien who has been convicted seven times of felonies and deported five times. That’s just for crimes he committed here in the United States. We have no idea how many crimes he committed in Mexico, before coming north.

I know that I wrote to you about illegal immigrants just a couple of weeks ago, but the information I’ve received in this last week compels me to return to this theme. These illegal immigrants are not only feeding the Democrat vote machine, but they are preying on our citizens as well.

The sad situation of this woman’s murder illustrates what is happening in our country, due to Barack Obama’s decisions to ensure a porous southern border. Not only do we have terrorists using Mexico as a gateway to the United States, but the Mexican drug cartels are sending over thousands upon thousands of criminals to take up residence in the United States… illegally.

Trump Versus the Mainstream Media

When presidential candidate Donald Trump, the real-estate billionaire from New York, brought this inconvenient fact to light, it caused a media firestorm. Of course, just about everything that Trump is saying is causing a media firestorm, but in this case, the storm was due to the political incorrectness of his statements.

{adinserter aliveafteramerika}Trump isn’t playing the game like a politician and he sure isn’t bowing to the PC police on anything he is saying. I guess when you’re worth that much money, you feel you don’t have to.

I have to applaud Mr. Trump for taking a stand. He’s bringing issues to light that need to be talked about. Whether or not he’s true presidential material, he’s saying things that need to be said and putting the mainstream media in the uncomfortable position of talking about things they don’t want to talk about.

The mainstream media has been hiding the reality of what is going on at the Mexican border. When thousands of “children” were streaming across the border, looking for “political refuge” they were selective in the images they were showing.

All they showed were smaller children; they were careful to point their cameras away from the vast majority of those who were coming. So nobody saw the thousands of 16 to 18 year old gang members that were included as part of those “children.”

Nor has the mainstream media been reporting about the thousands of illegal alien criminals that have been released from our jails on order of President Obama. Apparently, protecting potential Democrat voters (illegally) is more important to Obama and to the mainstream media, than protecting the lives of American citizens.

Yet, more than 100,000 of these criminals have been released into society in just one year, according to figures presented by Texas Senator and presidential hopeful Ted Cruz. In a scathing interrogation of the Immigration and Customs Enforcement Director; Cruz actually got her to admit that her original testimony of “about 30,000 in 2013” was wrong and that the actual figure was 104,000.

Amongst those were 68,000 criminals that ICE didn’t initiate any sort of deportation proceedings on at all. That includes 193 with homicide convictions, 426 which had been convicted of sexual assault and over 16,000 which had convictions for drunk driving or drugged driving.

It is clear from these statistics that the Mexicans who are seeking immigrant status aren’t just a bunch of underprivileged people, looking for a chance at a better life. In fact, enough of them are criminals that there shouldn’t be any question about closing the border and keeping these people out of our country. Yet the progressive liberals want to keep the borders open and allow them free passage.

This is a serious problem; one that should be much deeper than partisan politics. The primary responsibility of the government is to protect the people, nothing else. Yet those on the left are more interested in pushing their agenda and aren’t paying attention to the facts.

Sadly, the majority of the Republican party isn’t doing much more. The party is clearly under the control of RINOs, who are more interested in a policy of appeasement, then they are in serving the people who voted them into office. Rather than take a stand, like they promised in their 2014 election campaign speeches, they are trying to appease King Obama. Maybe they should take a look at history and see how poorly appeasement worked with Adolph Hitler.

Texas is one of the states which has borne the brunt of the burden in combating the open border. While it doesn’t have the largest population of illegal aliens in the country, it has one of the larger ones. As part of their efforts to combat illegal border crossing, Texas has been amassing statistics about what has happened in their state.

During the time period from October 2008, just before Obama took office, to April 2014, Texas captured and jailed 177,588 illegal alien criminals. I’m not talking about those whose only crime was to cross the border illegally, but rather those who have committed crimes since they’ve gotten here.

Those 170-odd-thousand criminals committed a total of 611,234 crimes during that time period. That’s an average of 3.44 crimes per illegal alien criminal. Why so many? Because Obama is blocking their deportation.

Oh, and, by the way, these numbers only include those who were fingerprinted before being detained. There are many who never get fingerprinted, so they don’t make it into the database that these statistics came from. So, the real number is actually higher. How much higher, we don’t know.

To get a little more specific, those criminals were responsible for 2,993 murders. That’s almost 3,000 people who would be alive today, if these criminals were kept out of our country. While I’m sure some of them killed rival gang members, the killing of Kate Steinle last week wasn’t a gang-related murder; it was just murder, plain and simple.

This has got to stop. The Obama administration is working overtime to find ways of taking guns away from law-abiding American citizens, while importing criminals to prey upon our population. What are they thinking? Where are they going with this? Is killing off Americans actually part of some idealistic campaign?

There shouldn’t be any deaths due to criminals walking the streets. Criminals should be captured and imprisoned. Those who have shown contempt for human life don’t deserve to have anyone concerned about their own. I know there are people who don’t agree with capital punishment, but the Constitution makes allowance for it. If there is anyone who deserves to lose their life for their crime, it’s someone who has taken the life of another.

The crimes committed by these illegal alien gang members is bad enough. But to add insult to injury, many of them are receiving some sort of public assistance “entitlement” too. I don’t know how it can be possible that criminals who are in the country illegally can receive food stamps, but they can; and they do. Not only are they receiving food stamps, but some are receiving free housing, medical care and free schooling for their (probably illegitimate) children as well.

Are you getting mad yet? I know I am. We, the American people, the American taxpayers, need to stand up and tell our Senators and Congressmen that this is unacceptable. Maybe they can’t stop Obama, but they should be trying. They should use every trick in the book to put a stop to what’s going on. They owe it to us. 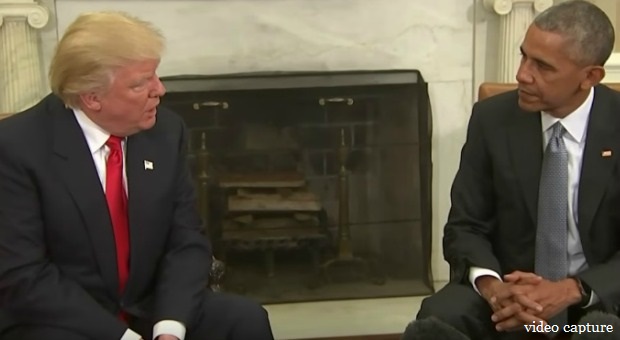 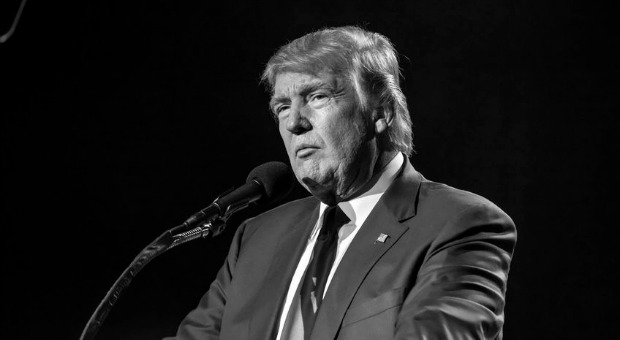