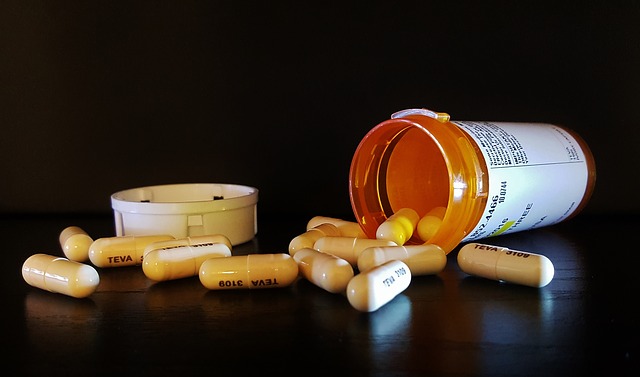 5 Ways To Defeat Bacteria Without Antibiotics

We live in a time when doctors prescribe antibiotics willy-nilly, any time somebody complains of the sniffles.

It’s a cop out way to shut people up and make them feel as if they got their money’s worth out of the appointment.

Personally, I think that it’s also a CYA way for the doctor in case you keel over after you leave the office. Let’s get real though and talk about how your body can defeat bacteria naturally.

First off, we all know that antibiotics aren’t going to be readily available if SHTF and pharmacies and doctor offices shut down. You may have a supply hoarded but it would be unwise to use that except in the most dire of cases. There are many natural antibiotics that you can use, and I also wrote an article about making your own antibiotics.

Instead of getting to the point that you need antibiotics, the best thing that you can do is avoid getting sick to begin with. The second best thing to do is that if you do happen to get sick, don’t treat it with antibiotics unless you have to. But how to avoid the need for antibiotics?

The problem with bacteria is that it’s extremely resilient and can mutate into forms that are resistant to antibiotics. Obviously, that’s bad. You know those products that kill 99 percent of bacteria? Well guess what that other 1 percent is? That’s right – as with most situations in life, it’s a case of survival of the fittest. The strongest bacteria survive and pass that on to their offspring.

Frequent use of antibiotics poses two problems. First, they don’t discriminate between good bacteria and bad bacteria. They just go into your body and annihilate any bacteria it finds. Your body NEEDS certain bacteria in order to function properly, especially in the digestive system. When antibiotics wipe those out, your digestive system can’t operate properly and if the good bacteria are gone, it leaves room for the bad bacteria to move in before the good ones can repopulate.

Next, if the antibiotics don’t kill all of the bug that’s making you sick, a superbug can result. This is the name for that mutant strain of bacteria that we were talking about earlier; the one that’s resistant to antibiotics. There’s no way to absolutely avoid this, but it’s the reason that you should always take your full dose of antibiotics until they’re gone.

The Secret Weapon is Your Own Body

The best possible way to fight bacteria is to have a healthy immune system to begin with. This involves eating well, exercising regularly, getting plenty of sleep, and avoiding stress. Forget all of the antibacterial stuff and don’t pop a pill every time you get the sniffles.

Why is this important? Because doctors and medicine don’t heal; they just help the body recover by itself. In a crisis situation, if you become sick or get injured, you don’t have any other tools or medicine other than your body so you need to act upon it first, and help it to get the healing process started. 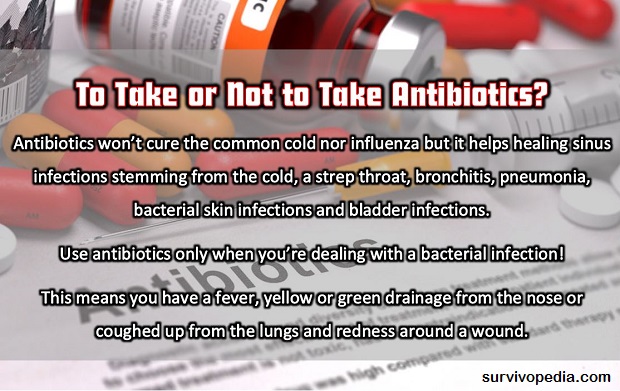 There are times, such as when you have a major infection from a wound that you SHOULD take antibiotics, but those times are few and far between. Other than in those types of extreme situations, suck it up, eat well, clean your cuts and scrapes well and often, and take care of yourself in general. Oh, and wash your hands.

This may seem obvious, but you’d be surprised by details that you probably don’t even think about. For instance, when you use a public restroom, do you turn off the faucet or open the door with your hands on your way out? If so, you probably just wasted your time washing your hands because – surprise – many people don’t wash their hands after using the bathroom.

After you wash your hands, turn the faucet off and open the door with the paper towel that you used to dry your hands.

Don’t touch your face unless you absolutely have to. We’ve already talked about the germs that you’ve picked up in the bathroom. Other people pick them up too, then carry them back and rub them all over their staplers, chairs, desks, door handles, counters, and everything else that you may come into contact with during the day.

Oh yeah, and they sneeze or cough in their hands (if they bother) and rub those germs all over everything, too. Gross but true. So, don’t touch your face and wash your hands frequently.

Stay Away From Hospitals

If you want to run into every supergerm on the planet, go to a hospital. Why do you think people get admitted? True, some are in there for injuries or diseases, but a great many are there because of a bacterial infection that ran amok. If the bacteria was so bad that it couldn’t be treated outside with standard antibiotics, then it’s probably not something that you want to come into contact with.

Since nurses, doctors, and other hospital personnel go back and forth between rooms and visitors go from patient rooms to other areas such as restrooms, cafeterias, and waiting rooms, germs spread like wildfire, again in ways that most of us don’t even consider: door handles, charts passing from hand to hand, sneezes, coughs, remote controls, magazines; the list goes on and on.

That’s not even your biggest worry, though. Hospitals use heavy-duty cleaners all the time to clean rooms, floors, and every other surface, right? Well this goes back to that 99 percent conversation that we had earlier, except on a HUGE scale.

The typical antibacterial ingredient is triclosan, and studies have shown that though it works, it doesn’t work well enough, and it poses other problems.

Many really bad bugs are killed by triclosan, but the few that are left behind to breed are downright NASTY superbugs. Also, triclosan has been linked to some nasty side stuff, including interruption of your endocrine system and a link to autism in kids.

Even a perfectly healthy immune system will have to put out a few fires after a visit to a hospital, but if you’ve already got an open cut or your immune system is weakened, you could be the next one in that bed. Now you see why having a good immune system helps a lot, don’t you?

Avoid hospitals like the plague and if you DO have to go, don’t touch anything more than you have to, don’t touch your face, and clean your hands on your way out with an alcohol-based hand sanitizer, which is the one agent that kills most bacteria, viruses and even fungi on the spot.

You’d think that using all the antibacterial hand soaps  and sanitizers would be a good thing, right? Not really. Antibacterial soaps and sanitizers give you a feeling of false security. They do kill some bacteria, but they don’t kill viruses or fungi that cause other illnesses such as the flu or the common cold.

As a matter of fact, most antibacterial products use triclosan, which means you may now be breeding your own superbugs at home. Triclosan is just bad. Avoid it as much as you avoid the bacteria you’re trying to kill with it.

To further the argument against antibacterial soaps, studies show that most of them don’t remove any more germs than good old fashioned soap and water. Want to get something really clean? Use bleach, alcohol, or even apple cider vinegar. 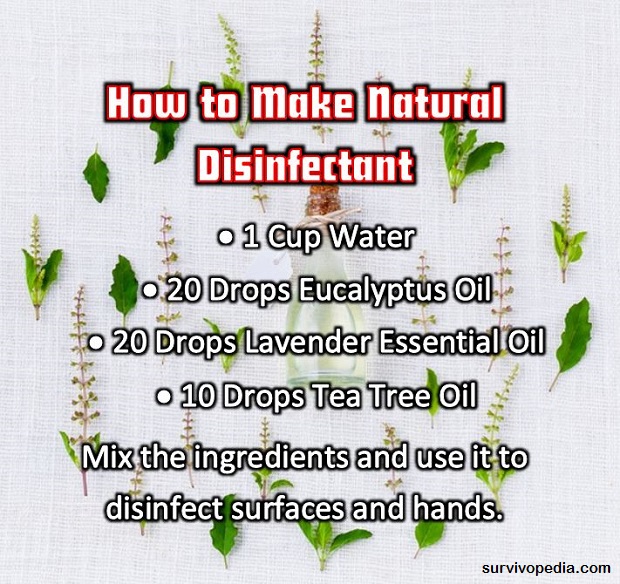 Let Food Be Thy Medicine

Yup, Hippocrates got it right. There are tons of foods that have antibacterial benefits. One of the great things about getting antibiotics via your food is that you’re not disrupting the delicate balance of your body by flooding it with a pharmaceutical that’s going to mow down all of the good bacteria along with the bad.

Antibacterial foods typically have a ton of other amazing health benefits and if you eat them along with a variety of other healthy foods, you’re going to get everything that your body needs to stay healthy. Just a few examples of antibacterial foods include:

These ingredients, with the exception of Echinacea, can be used internally or externally to kill bacteria and this list only includes a few of the foods that I can think of just off the top of my head. I’ve listed a few more in this article, which also includes some other treatments used by Native Americans.

So, in summary, the best way to defeat bacteria naturally is to approach your battle from all sides. Don’t use products that create superbugs in the name of killing off 99 percent of the weaker bugs, don’t pop pills like they’re candy, eat well, exercise often, wash your hands, and do what it takes to relieve stress so that your immune system stays strong.

It sounds simple, and it generally is. Sure, occasionally something is going to slip through even the best defenses but in a SHTF scenario, you’re going to need to keep yourself healthy and your environment clean. With no antibiotics, preventing the spread of disease is going to be critical to survival, and the best way to do that is to avoid disease to begin with.

If you can think of anything I’ve missed or if you have anything to add, please feel free to do so in the comments section below! And click on the banner below to get more knowledge about surviving a medical crisis when there is no doctor around!