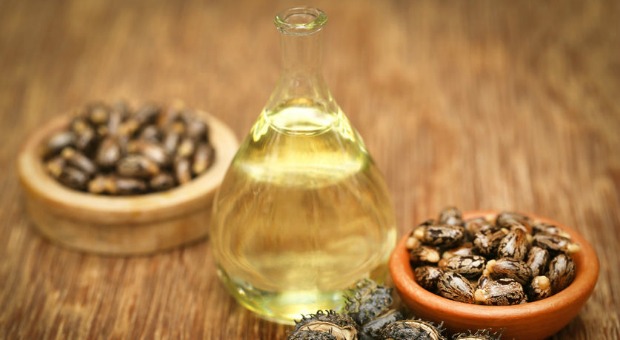 Old timers used castor oil for everything, from colds to parasitical worms, but recent generations have pretty much forgotten about it.

That’s a shame because, if our elders are to be believed, it’s one of those multi-purpose items that deserve a place in your stockpile.

Read the following article, and you will see why our ancestors were so right about this natural cure!

Castor oil is made by cold-pressing the seeds of the castor plant and is composed mostly of the fatty acid ricinoleic acid. That’s the ingredient that is responsible for the healing, analgesic, antibacterial, and anti-inflammatory properties associated with the oil.

Though most of us don’t keep it at home any more, it’s still a common ingredient in cosmetics, soaps, massage oils and even textiles.

I’ve done some research and, though there isn’t a ton of formal research available to support its effectiveness as a home remedy, there’s usually something to be said for centuries of use by entire civilizations.

As you probably know, in order to garner our attention, an item has to do more than treat constipation or hydrate dry skin in order to make our list. We need products that can be used for everything from treating sunburn to sharpening scissors, and castor oil fits the bill.

Note: The treatments outlined here can also be used on your pets.

We’ll start with this one because, in addition to keeping your skin soft and youthful, it’s also used to ease the pain of severely dried and cracked skin and lips. In a survival situation, this is a condition that can quickly lead to gangrene, so it’s a big deal.

Castor oil is also a good base ingredient for soaps, lotions, and cosmetics because of its hydrating properties. It has omega-6 and omega-9 fatty acids, both of which are often used to promote healthy hair, skin, and nail growth. Some claim that it has anti-fungal and anti-bacterial properties that can help get rid dandruff and possibly athlete’s foot.

It has been shown to have analgesic properties, so it’s good to treat sunburn, rashes, bug bites and other minor skin conditions. It’ also used to treat ringworm. Just rub it directly on the skin.

Finally, the anti-inflammatory properties are great for treating cystic acne. The best thing is that it works fairly quickly. Swab it onto your clean face at night and you should notice improvement by morning.

This is one of the most commonly-known uses for castor oil. It helps your bowels move. Be careful that you don’t use too much because it works remarkably well for this condition. You don’t want to become dehydrated, so start with a tablespoon and give it a few hours. Take more if needed.

If you want to just “take your medicine” and get it over with, just swallow it straight. If not, you can mix it with juice or a food. Apple juice would be good, because it also helps relieve constipation.

This is another common reason that it was used by our elders because of its analgesic and anti-inflammatory properties. Some say to make a poultice with other herbs and rub it into aching joints for relief. You can also take a tablespoon internally. If you have diarrhea, you may want to try the rub.

Gets Rid of Corns, Moles, and Warts

The fatty acids in the oil are purported to dissolve these conditions. For corns, simply dip a cotton ball in castor oil and tape it over the blemish. Change it out once a day, but in a week, the corn will be gone. For moles and warts, add a bit of baking soda to the cotton ball, too. It may take a couple of weeks for this method to work. You can also try just dabbing it on regularly.

Get Rid of Yard Pests

Apparently, moles and other yard pests find the smell of castor oil as repugnant as people do because if you mix 1/2 cup of castor oil with a couple of gallons of water and sprinkle it around your garden or yard. It won’t kill them, but it definitely encourages them to find a better place to live.

The upside to this is that ferns and other greenery respond well to castor oil. It helps them look greener and lusher.

Because of the anti-inflammatory properties, castor oil is often used to treat external hemorrhoids. Dip a cotton ball in the oil and apply it over your hemorrhoids. Leave it on for 15 or 20 minutes a few times a day if possible. If not, just applying daily will provide relief.

Lubricate Just About Anything

Because of its viscosity, castor oil doesn’t freeze, so it’s great to use to lubricate hinges, scissors, meat grinders, motor parts, and anything else that gets sticky.

Because of the fatty acids in it, castor oil has been shown to boost your immune system by increasing white blood cell production. The odd part about this, though, is that it does it when you apply it topically. That’s right – just rub it on your skin and, according to the study, your white blood cells may increase by as much as 20 percent.

The antibacterial and anti-inflammatory properties may be helpful in healing a mild infection. Just dab it on with a cotton swab or dribble it directly onto the wound a few times daily until the infection heals. There are also many herbs that you can add to it to help even more.

Along the same lines, you can use it to help treat vaginal infections.

This is a treatment that waitresses have been using since, well, since before they were called waitresses. Just warm a bit between your hands and rub directly into your feet. You can also help lessen the pain throughout the day by rubbing some on your feet before you go to work, then wear cotton socks.

If you have extreme pain, you may want to try generously applying castor oil then wrapping the effected body part in plastic wrap before you go to sleep.

I’ve read several testaments where people swear that a gauze coated in castor oil works to get rid of the pain and inflammation of pilonidal cysts. It may also help draw out the infection so that the cyst opens, drains, and can heal. Lay the gauze over the cysts, then place a heating pad over it and keep it there for an hour. People reported tremendous improvement just after the first treatment or two.

There are many uses for castor oil – these are just a few of the big ones. I’ve combined several of them under the skin care and digestive issues section because there are so many different uses for it for those particular areas.