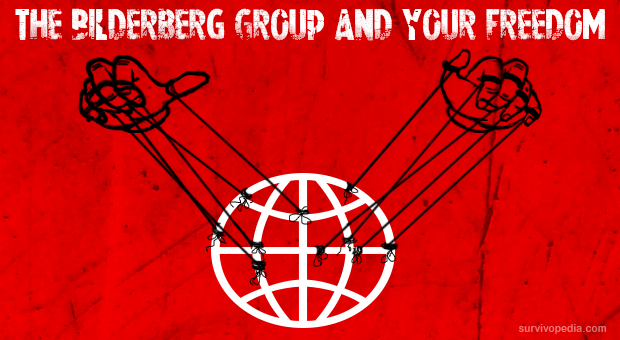 The annual think-tank meetings, known by the name The Bilderberg Group are ending today amidst their customary great secrecy. Little do we little people know what goes on behind those closed doors; probably just about as much as the attendees care about the concerns of you and I.

Since 1954, the Bilderberg Group has called together leaders from Europe and North America to “informally” discuss the condition of the world and the direction it is taking. Attendance is by invitation only and consists of high ranking government official, military officers, business magnates, bankers and some of the top names in academia.

In other words, the people who control and shape our world get together to talk about the world.

While the group officially state that no resolutions are voted upon and no decisions are reached, that is ludicrous. If such a powerful group of leaders were to come to any sort of consensus on any subject, who would be able to stand in their way, especially considering that the accord would be reached in secret?

You can be sure that it is not in the same what that you or I would. They would look at the problem of our national debt not as it might affect their children’s future, but rather in how it would affect their family’s fortune.

They hold the meetings in secret so that nobody is held publically accountable for what they say. This is supposed to allow free and easy exchange of ideas, without causing those words to create any public commitment.

Chatham House Rule is used, meaning that meeting attendees are free to use whatever information they glean from the meetings, but they are not allowed to divulge the identity, position or affiliation of who said it. This theoretically makes for more open conversation; at least, open within the group. For the rest of us, it’s as closed as closed can be.

Behind any conspiracy theory there are some facts which are driving that theory. Often, the facts are misrepresented or misunderstood. Nevertheless, there has always been one common denominator between all conspiracy theories; that of powerful people who are working in secret to rule the world.

By that definition, the Bilderberg Group is the perfect conspiracy theory, in and of itself. They already work in secret and control much of the world, especially the world’s finances. They don’t have to write a manifesto or publish any resolutions or conference results; all they have to do is take action on them.

While they keep the meetings secret, the steering committee has released some minimal information to the press, including some of the topics that will be open for discussion in this year’s conference. These include:

Considering that this is a meeting of European and North American political and business leaders, some of those topics seem a little out of place. Although Ukraine is technically a part of Europe, they aren’t part of NATO or the European Union; so why are they talking about Ukraine? Do these people think that they can dictate to Russia?

Then they move even farther afield; why should they even think that they have a right to make decisions about the Middle East or China?

{adinserter usdeception}The more disturbing topics are those that hit a little closer to home, such as those related to the economy.

These people represent the world’s richest, those who control the world’s money supply.Their interest in money isn’t in making sure that you and I can pay our bills, but that they take control of as much of it as possible.

However, there are topics in this year’s conference which are even bigger than that. We all know that thanks to Eric Snowden, the NSA has received a lot of attention. What many people don’t realize is that some of those European countries have been the NSA’s partners in that.

The original program to spy on U.S. citizens (as well as British citizens and others), got around the law by each country that participated in the program spying on the other countries citizens. The information would then be passed on to the home country of the individual citizen upon request, as a normal part of information sharing. That grew into what Snowden revealed.

Does privacy exist? I can answer that easily; No! Not only does the NSA spy on us, but most major American corporations do as well. The only privacy we have is an illusion.

Finally, the most unsettling, but least surprising topic that they will be discussing is the future of democracy. Many in the conspiracy theory camp have said that the Bilderberg group is one of the movers and shakers behind a one world government.

That government, if you haven’t figured it out, is a socialist one. Just look at the types of resolutions that the one world government, known as the United Nations has been putting out. They are all socialist.

Europe has been becoming more and more socialist, every since the fall of the Berlin Wall. Thanks to the Democrats, and especially Obama, the United States is also becoming more socialist. So, here we have somewhere between 120 and 150 leaders talking about “the future of democracy.” Does anyone have any doubt that their idea of that is to drive a stake through democracy’s heart?

When powerful people meet in secret we should all be concerned. No, we shouldn’t listen to the fear mongers and we shouldn’t jump on every conspiracy theory we find. But we should be aware that the people who are making the decisions which mold the world that you and I live in are not looking to do us good.

They see themselves as the elite and the rest of us as mere serfs or peasants in the modern scheme of class domination. They will do as they want and expect us to just accept it.