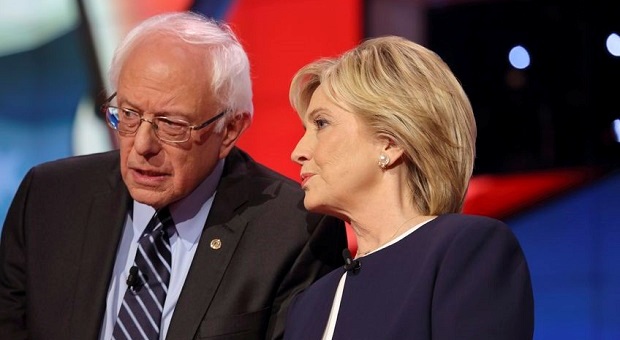 It Looks To Me Like The Fix Is In

I personally loathe corruption of any sort. I don’t know if it’s because of the way I was brought up or what I’ve learned sitting in church, but as far as I’m concerned a crime is a crime and a criminal is a criminal.

Even more than that, an immoral person is an immoral person and lack of integrity is lack of integrity. There really isn’t all that much grey area in that; you’re either on the right side or the wrong.I guess that’s what makes it so hard to understand the Democrat Party selecting Hillary Clinton as their presidential candidate for the 2016 general elections. If one were to try and write a book about her illegal acts, lies and corruption, it would have to be printed in volumes, like an encyclopedia.

The list of Hillary’s criminal acts goes on and on; and it’s not like it’s a secret either; it’s widely known. But here’s the truly amazing part… even though the Democrat Party knows about it, they don’t care. That’s especially true for the establishment Democrats, the ones who control the party. For some unexplained and probably unexplainable reason, they are willing to overlook all her criminal activity and still put her up as a presidential candidate.

I don’t care what you say about Bernie Sanders, he at least seems to be an honorable and honest man. I personally can’t stand his politics, but at least I feel like I can trust most of what he says. With Hillary, just like with Obama, I am sure that what is said has no relation with the truth, unless it is to be a polar opposite.

I guess you could say I’m truly frightened about the prospects of Hillary Clinton winning this November, but I’m beginning to feel like it’s a foregone conclusion. While I don’t claim to have any prophetic insight on the election process or even statistical analysis to back up my thoughts, I had the same feeling when Obama ran for office and he won that election handily. I hope I’m wrong this time.

Part of the reason why I feel like Hillary’s election might be inevitable is how the Democrat primaries have gone. There are four glaring realities that happened in the primaries, which show that regardless of what has to be done will be done, in order to get Hillary elected.

Of these, probably the biggest concern right now is the last one. Vote fraud is a reality in our country and the Democrats fight tooth and nail against any measure to curb it. That’s why they are so against voter ID laws, even though the people who they claim it discriminates against have much stricter voter ID laws in their own countries.

Somewhere around a million paper ballots for Bernie Sanders were shredded, illegally I might add. In other states, voters who declared their support for Bernie were not allowed to vote. Somehow or other, there never were enough paper ballots to vote for Bernie, although there were always enough to vote for Hillary.

Oh, by the way, did you know that the number of federal election auditors sent out to verify that the primaries were fair and honest was the lowest in history? Yes, apparently someone got the word that they wouldn’t be needed this time; so they stayed home in Washington. Looks to me like they were needed.

All this is hypocrisy in the extreme. The party who claims that voter ID laws disenfranchise voters has disenfranchised who knows how many of their own constituents. I’d say that that’s a much bigger problem and a much bigger crime, than not allowing an illegal alien to vote, because they don’t have a valid U.S. ID card.

Somehow, between now and November, the Republicans are going to have to make sure that the vote of the people is not tampered with. Otherwise, it won’t matter what people do in the voting booth, Hillary will win. Your vote and mine won’t matter at all.

The Die Is Cast, They Think

But there’s something else going on here that bothers me, and I’ll have to say, it borders on conspiracy theory. I wrote last year on the Bilderberg Group and how they had discussions about the 2016 presidential elections listed on their published 2015 meeting agenda. They did the same thing before the 2008 presidential elections, inviting Obama to participate and quietly endorsing him as their candidate for the presidency.

But if there is any group that is the puppet-masters behind the stage of world events, this group is it. They have the money and influence to make things happens the way they want. So if they decide that they want a particular candidate to win the U.S. presidential elections, they have considerable resources and power to put behind that decision.

Since the Democrats are the ones who are in favor of a one world government and the Republicans are opposed to it, it’s clear which party the Bilderburg Group will back, even without talking to them. But to put the cherry on the cake, a number of the Clintons’ closest allies were there in last year’s conference, pushing the narrative that Hillary should be the next president. So it appears that she has their vote, even if they have no right to vote in our elections.

The real question is, how much influence do these people actually have? Yes, they can put money behind the candidate they want. Yes, they can pressure media outlets to proclaim the narrative that they want (some high ranking media personalities are always part of the annual conference). They can even put pressure on business executives to back the candidate they choose. But can they truly tip the scales of our election process, either through fraud or some other underhanded means?

That’s a question we don’t have the answer to. But I will say this; looking at how the primary season has gone and even the DNC, I’d have to say that if Hilary wins the election, it will be because of the underhanded manipulations of some group like this. There is no way she can be guaranteed to win the elections otherwise.

Over the last few months, we’ve seen many times more attendees at Bernie’s rallies than at Hillary’s. We’ve seen Bernie’s delegates walk out of the convention. We’ve even seen the Democrat Party rent applause machines to make the applause greater for Hilary’s acceptance speech. All of this makes it seem like she shouldn’t have won the primaries. Yet somehow she did.

We don’t need a criminal in the White House, we need someone who will stand for truth and righteousness, and work to restore the greatness of our country.