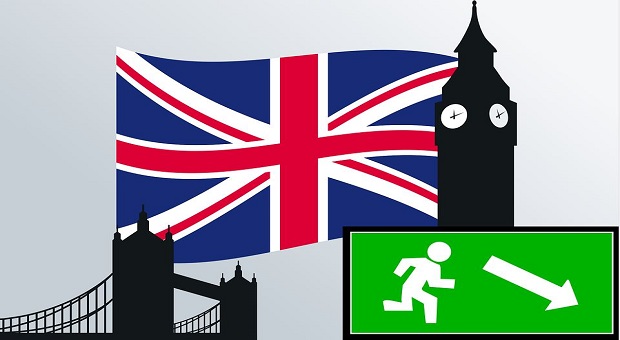 On Thursday, June 23rd, the citizens of Great Britain voted on the long-awaited question of leaving the European Union (EU), commonly referred to by the nickname of “Brexit.”

Surprising just about the entire chattering class, and not a few progressive-liberal politicians, the people of Great Britain made their voice heard, declaring in a 52-48 majority that they wanted to take their opportunity and leave, abandoning the European Union.

Considering that the liberals all but own the educational system, you can be sure that what they are being taught is in line with liberal ideology and talking points.

That should raise a very important question in your mind. That is, why is keeping Great Britain in the European Union so important to liberals? One would normally think that it wouldn’t make any difference, as it doesn’t have a thing to do with the normal causes that liberals are always babbling about.

But in reality, this is right at the core of progressive-liberal thinking. You see, the liberalism of today isn’t anything like the liberalism of 40 years ago. Today, it’s all about conformity. Back in the 60s, when liberalism really made its name known, liberalism was about bucking the system. Somehow, the tables have been turned.

What this has done is to suborn many people who are by heart non-conformists into a system that is hell-bent on forcing them, and everyone else, to conform. Conform to what? To the ideals of the progressive-liberal movement.

To understand this, you have to look beyond the liberal rhetoric and political posturing, to see what they do in secret. In public, they voraciously defend the poor, the weak and the minorities. But in private, they are all about liberal elitism and how they must be in control.

In their snobbery and self-righteousness, they are convinced that they are the only ones who have the capability to rule the world. The rest of us are mere peasants, who should give our freedom over to them.

Of course, much of this happens behind the scenes, where it is not obvious to the casual observer. Some of it is even in secret, like the meetings of organizations like the Bilderberg Group.

Few realize it, but the Bilderberg Group is the true motivating factor behind the European Union. Publicly, many other reasons have been given for creating the Union, specifically creating a economic entity large enough and powerful enough to compete with the economy of the United States of America. But what’s put forth for public consumption is rarely the true reason behind anything done by politicians and other movers and shakers.

While little is known about the Bilderberg Group, there is a little bit of information that gets out. More can be inferred by their actions, such as looking at the individuals who are invited to attend their annual conferences.

The first thing we can tell from that, is that they are a progressive-liberal organization. That’s clear, simply because they never invite conservatives to participate with them. But the most important thing to know about them, is that they are the driving force behind the establishment of a one world government.

Creating the European Union was the first step towards creating that one-world government. As the first of seven projected regional governments, it was the model they would use for establishing the other six. Next on their list is to create the North American Union. But now, they’ve run into a bit of a setback.

Members of the Bilderberg Group have come forth to say that Brexit could set their plans back by 70 years. If we needed any evidence to show that they were behind the creation of the European Union, that would be it. Now, they are looking to their hole card, trying to decide how to mitigate the damage that the British subjects have done to their plans.

But the damage to their plans isn’t over yet. Four other countries, France, Sweden, Denmark and the Netherlands started to talk about organizing similar polls. In addition, there has been some talk about Greece leaving for a while, but that wouldn’t be because they want to, but because they would be forced out due to their financial troubles.

So, what has caused all this turmoil?

More than anything, it’s because of the EU forcing multiculturalism on their member nations. Specifically, forcing them to accept large numbers of unveted refugees as immigrants. While some are legitimate refugees, there has been a lot of doubt from the beginning as to the motivation of a lot of them.

It is clear, from the increases in terrorism and individual attacks, especially against women, that many of these supposed refugees aren’t truly what they claim to be.

It’s important to understand that the Qur’an doesn’t allow migration in the normal sense of the word. Muslims aren’t allowed to move to a country which isn’t controlled by Muslims. However, there is one caveat; they are commanded to move to non-Muslim countries for the purpose of subverting those countries and converting them to Islam.

In other words, the millions of “refugees” who are fleeing Syria can all be divided into three groups: terrorists, cultural jihadists and unfaithful Muslims. Since Muslims kill other Muslims who are unfaithful, it’s doubtful that many of them fall into this category. That only leaves the other two.

This is what the subjects of Great Britain are trying to avoid. They are already seeing their country and their culture destroyed by the Muslims who are there; people who refuse to assimilate and instead demand that England change to accommodate them.

It’s no wonder that the English people are up in arms about that. They have their own culture and civilization and they don’t want it suborned to Islam. 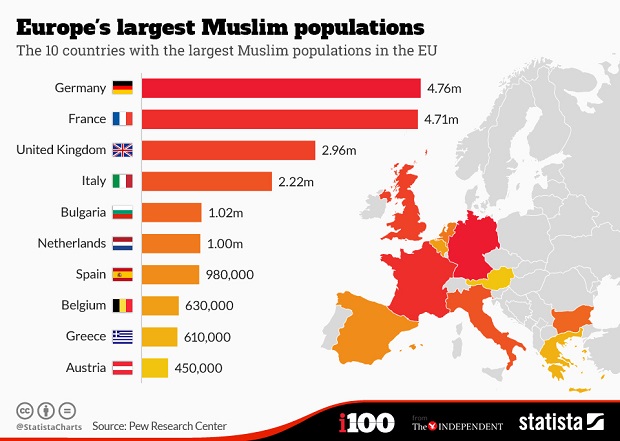 But I think there’s something else going on here as well. That is a renewed sense of national pride. If there has ever been anything in history that will get people beating a patriotic drum, it’s to attack their nation’s sovereignty. Well, the progressive-liberals have been helping the Muslims to attack the sovereignty of country after country, especially in Europe and the United States.

Multiculturalism and sovereignty are diametrically opposed to one another, especially the type of multiculturalism that is being practiced today. The liberal political leaders in the United States and European countries have all but denied their own countries, as they have fallen all over themselves in allowing Muslims free-reign in their countries.

That has, in turn, created an outcry from the average person on the street. While the “elite” are busy bowing and scraping to the Muslims, allowing them to commit atrocities without any recrimination, the average people are fed up with being victimized by those Muslims who are not acting like civilized people.

They are gathering together to stand against the Muslim invasion, whether by forming vigilante groups to patrol the streets and keep women safe, or by voting to leave the European Union as Britain did.

But this might not be anywhere near over. Not only has Brexit sparked a wave of interest in seceding from the European Union, but it has also sparked renewed interest in states which have discussed seceding in the past. Texas, more than any other state, has a number of active secession groups, with the number of their members rising.

Why Should We Care?

What do the two have in common? Quite a bit, actually. Britain is leaving the European Union over the oppressive regulations being created by a burdensome central government, the exact same thing that many Texans (and other Americans) see happening here in the United States.

The only difference is that our oppressive regulations are coming out of Washington, not out of the North American Union. But either way, it is stealing people’s freedom, in order to allow others to receive special treatment.

You can only give some people special treatment at the cost of others for so long. Eventually, those who are being taken from will rise up in rebellion. It happened once before in our country, and it could very well happen again.

All in all, I’d have to say that Brexit is healthy for Britain and healthy for the rest of the world as well. It may very well become a watershed event, which triggers greater freedoms throughout the world, as others follow suit and throw off oppressive governments.

Should that be so, the British will have done the world a great service, furthering the cause of freedom in a way that has never been done before; in the voting booth.