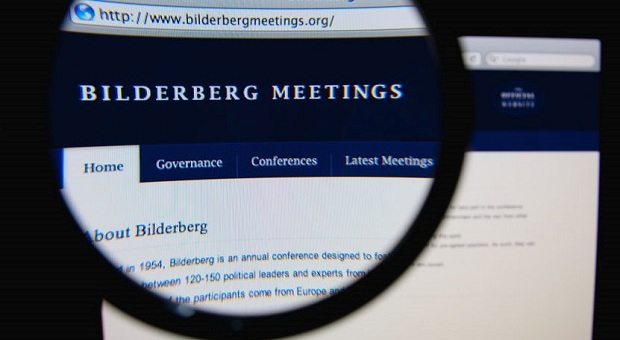 The rumor mills have been working overtime lately, with a new crisis coming out every week or so. You wouldn’t think they’d have to, with all that’s going on in the world today. We have enough disasters happening, without anyone going out of their way to create any new ones. But then, these rumors may actually be something. We’ll only know when it happens.

I’ve been hearing rumors about one disaster after another for years now. It seems that every time a date goes by, without a disaster happening, someone jumps up with a new date. This has been going on long enough that I tend to take them all with a grain of salt, say about a ten pound grain.

Remember Y2K? There were plenty of people who were convinced that the world as we know it was going to end. I wasn’t all that worried myself, as I was living in a motorhome at the time. I figured I could always spoof my personal computer by changing the date and I wasn’t as dependent upon the grid as most people were. Well, Y2K never happened.

All it ended up doing is costing companies lots of money changing over their computer systems.

How about Jade Helm 15? That’s a little more recent. I’ve been hearing that Jade Helm was a government crackdown of martial law for months. Yet, here we are, halfway through the exercise, and I haven’t heard a single thing go wrong.

The problem is this; people are running scared. I’ve seen it before and I’ll probably see it again. When I started out as a prepper in the 1970s, we were afraid of thermonuclear war. Well, here we are, over 40 years later, and somehow we haven’t managed to blow the world up yet.

Actually, once the Berlin wall came down, things seemed to settle down some. They were even heading in that direction before the wall fell. But in recent years, it’s been heating up once again. Why is that?

But when we see a lot of problems in the government; when we see our rights being taken away; when we see that the people in Washington don’t know how to handle what’s going on in the world, we get nervous. That’s when all the theories start coming out.

So, what about September and October? Is something going to happen or not? To be honest with you, I just don’t know.

Supposedly, the new one world order is going to be announced in September and the American Dollar will be replaced as the world’s reserve currency in October. Both of those would be catastrophic events, changing life as we know it. At the same time, there are rumors of a giant asteroid hurtling towards Earth, which is supposed to hit near Puerto Rico about then, causing earthquakes and a massive tsunami.

There have been a number of different groups, like the Illuminati, which have been talked about as being the movers and shakers behind world change. But there is one true group that has set themselves up for that specific purpose…  the secretive Bilderberg Group.

While little is actually known about the Bilderberg Group, there are a few things that are. They are a group of movers and shakers, who meet annually to discuss the direction the world is headed. Made up of a combination of power elites from government, banking and industry in Europe and North America, they talk about items of “mutual interest.”

With such a group, that can only mean talking about how to control the direction of the world for their benefit.

One of the Bilderberg’s chief goals is the creation and implementation of a one world government, controlled by the elite. Interestingly enough, these goals tie in directly with the events that are supposedly scheduled to happen in September and October.

Amongst the many other rumors floating around this year is the rumor that in this year’s meeting, they finalized plans for changing the world’s reserve currency, with a kickoff date to be sometime in October. Coincidence or not?

As part of their plans to create this one-world order, the Bilderberg Group created the European Union. They supposedly have similar plans for North America, merging the United States, Canada and Mexico into one political conglomerate.

If that is true, Obama’s efforts to tear down our borders and our national sovereignty fit right into their plans.

I guess that shouldn’t be all that surprising, considering that Obama was at the 2008 Bilderberg meeting. One could easily think that he became president not because the American people voted him in, but because he was chosen by the Bilderbergs. By the way, did you know that the 2016 U.S. elections were on their official published agenda for discussion in this year’s meeting?

Where Does This All Take Us?

It takes us towards disaster. In one way or another, it is clear that the country that I grew up in is going to disappear. Oh, there might still be a country named the United States of America; but it won’t be the country I learned about in elementary school. It isn’t now, so how can I expect that it will be?

Disaster is coming. There are only two questions that remain. When will it come and what form will it take? If the United States is lost, then that means our rights will be as well. That’s already happening and we see them under attack every day.

If the power hungry have their way, that will become much worse. You and I can’t really change what is coming. The powers arrayed against us are too great, the resources they have too vast. All we can do is prepare ourselves to survive what comes, whatever form that may take.

Will the United States fall? Yes, I’m sure it must. We are too far along on the road to self-destruction for that to stop now. Even if everything happened that needed to happen to turn things around, I doubt that it would be enough. Besides, the United States doesn’t exist anywhere in end-times prophecy.

So, in order for the end to come, the United States must go down.

Will the Dollar crash? Yes, I’m sure of that as well. As a nation, we’ve got ourselves too far out on a limb. The only way we’ve been able to do that is because of the dollar being the world’s reserve currency. If we lose that, then we’ve lost the card that’s holding the whole house of cards up. A simple puff of wind will be all it will take to make the whole thing come tumbling down.

When will this happen? That’s the part I don’t know. Nobody does; unless they are planning to make it happen themselves. But you can be sure that they won’t let you and I know.

So, how prepared are you? What haven’t you already done? What’s stopping you? I’d like to suggest that this is a good time to quit waiting and to get it done, whatever it is. We may not have all that long. September, if that’s really the date, is just around the corner.