As the primaries for the 2020 presidential elections warm up, one has to wonder about the direction our country is taking.

Each and every election, it seems like we are fighting more and more to retain the country our forefathers handed down to us.

Politically speaking, I think just about everyone would agree that our country is a mess, regardless of what side of the aisle they identify with. Although agreeing on how and why it is a mess is another thing altogether. To those who identify with the left, it is a mess because it has never and will never live up to their ever-changing definition of utopia. While to those on the right, the mess is caused by the changes that those on the left are constantly forcing on us.

Regardless of where you stand, you’ll be watching and probably even participating in next year’s general elections and all the folderol leading up to it. We tend to hang upon our nation’s elections as if they are going to define whether we live or die; whether we become slave or free and whether or not the nation survives or not.

I have my own opinions on that, just like everyone else; but overriding those opinions are the observation that little changes in Washington, DC, regardless of who is in office. Our federal government’s bureaucracy operates like a giant shock absorber, ultimately forcing politics of whatever brand to resonate to its own, inefficient harmony.

We talk about our country having a two-party system; the Republicans and the Democrats. But I’ve found it to consist of four political parties. The two I just mentioned are the two which run for office, while you and I don’t have any right to vote for the members of the other two.

These additional two political parties are the more powerful ones. They consist of the party of the mainstream media and the party of the bureaucrats. While those two parties tend to align themselves with the Democrats on most things, they have their own ideas about how things should be done and often are the ones which are driving the Democrats farther and farther to the left.

Even so, it is the party of the bureaucrats, not the party of the mainstream media, which is the biggest political party in our country. Bureaucrats, by their very nature, tend to push the government towards inefficiency, as they work to increase their individual fiefdoms, so that they can get promotions, pay and prestige.

Throughout their years in office, the bureaucrats spend time moving paper from one side of their desk to the other, generating reports, red tape and jobs for more bureaucrats. But few of them do anything that adds to the country’s efficiency or gross national product.

Yet these bureaucrats work tirelessly to gain more control of our lives. It is they, not the politicians we vote into office, who come up with the myriad of regulations which stifle small business and force their fellow citizens to penalties for not doing something they didn’t even know they had to do.

Regardless of who we vote in, we can count on the party of the bureaucrats to maintain control. Civil Service regulations make it nearly impossible to get rid of them, once they are hired. All any of us can do is wait for them to expire or at least retire. Then and only then, do they stop being a threat to the average American taxpayer. 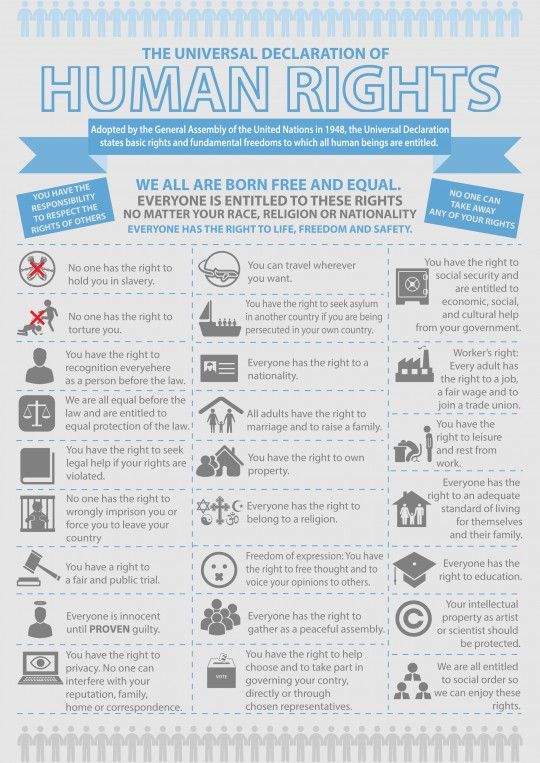 Most preppers and survivalists are political conservatives; but not all are. There are some liberal members amongst us. But what ends up being partisan is our attitude, specifically the fear factor that goes on in our community, depending on which political party is in office.

When former president Obama was in office, there was a lot of concern amongst conservatives that he would do something which would lead to some sort of societal collapse. There were countless articles talking about how the government would be swooping in to pick up conservatives, Christians and gun owners. But none of that happened. The day that Donald Trump was voted in as president, all that stopped and was replaced by leftist cries of how everything that the President did was going to cause a “Trumpocalypse.”

Of course, there hasn’t been any Trumpocalypse. Yet that doesn’t stop the mainstream news media from declaring every potential problem is going to lead to it. Apparently the news media is the conspiracy theorists of the left, just like there are some for the right.

The reality is that most of the things we prepare for are far beyond any semblance of control by our government; even though we act as if they are. I’ve never asked, but I have yet to see a Democrat Hurricane or a Republican Earthquake. Whether North Korea or Iran, both rogue governments, attacks us with an EMP isn’t controlled by who is living in the White House either. They’re just as willing to destroy either brand of government. Nor does the power to stop an asteroid from hitting the Earth reside in the chambers of Congress.

How well FEMA reacts to any of these situation doesn’t have anything to do with who is sitting in the Oval Office or who controls the two houses of Congress. They operate under the same guidelines, bringing the same red tape to the disaster scene, no matter who their political masters are.

Are there disasters that one political party or the other can affect? Yes; those which are of a political nature or are closely connected to politics. From what I’ve seen, this means the potential of a financial collapse, more than anything else. Other than that, about the only thing that politics could affect, that would have anything to do with our survival, would be acts of war by foreign nations.

So, let me ask you; of all the disasters that could strike, which ones are most likely? Which ones can the government have an impact on? Is there any connection between the two?

I don’t think so.

The Political Season is Upon Us

So here we are, in another political season. Primary season is in full swing, with various politicians trying to gain the nomination of their party. Campaign promises are being spewed all over the stage, soon to be forgotten, as those politicians try and outdo each other and sway their voter base. These proceedings are looked on with humor by those who support the opposing party, strengthening their resolve to make sure their candidate wins the election.

What this political theatre really means is a lot of distraction for the general public. I’m sure it will distract those of us in the prepping community as well. Rather, than spend our time on preparing for the disasters which are likely to strike us, we’ll be spending a lot of time involved in useless political debate, mostly with people whose minds we aren’t going to be able to change anyway.

Sadly, our politics have reached the point where it is causing the closest of friends to break up, with people spitting vitriol at those who don’t agree with their point of view. All that energy could be spent on better things, such as getting together to figure out how to survive the next disaster.

Billions of dollars is going to be spent by the candidates, their political action groups (PACs) and their political parties. That’s money which could go towards much more important things, such as repairing our crumbling infrastructure, so that when the next disaster strikes, people won’t suffer as much. Yet, not one politician will complain about the cost of their campaign, begging rather, for more money to fill their war chest.

This shows where the priorities of our country have gotten too. Companies, unions and other organizations are preparing to offer tens of millions of dollars to support the candidate which the believe is going to be able to do them the most good. All that money will be a boon to television stations, printers and others who provide the many goods and services needed for a successful campaign. But not one dime of it will really help the people.

You and I can decide whether or not we will allow politics to define us. While I firmly believe in exercising my right and responsibility to vote, I don’t allow politics to control my life. I’ve long since given up getting into political arguments on social media and will rarely bother to even respond to political comments made in my presence.

I have other priorities in my life.

Through all this, the disasters which concern us every day will still be there. Natural disasters will continue to strike. The financial markets will fluctuate up and down with the political tides, making money for some, while others lose their shirt. People will get sick, lose their jobs, need to sell their homes and suffer other setbacks in life.

Those are the things we need to be focusing on, not the political theatre which is going on around us. Yes, we should know where the candidates stand on the issues and yes we should vote; but we don’t need to spend all our time on it. After all, when all is said and done, it won’t stop one hurricane or tornado.

Here’s the thing; many of us have been allowing politics to dictate our prepping, rather than any realistic analysis of potential disasters we might face. Because of that, we’re missing out on some great opportunities and putting out families in danger. We need to be serious about our prepping, regardless of who is in office. Win, lose or draw, next November’s General Elections shouldn’t affect what we are doing or how we are doing it.

I would hate to see any of our brothers or sisters in the survival community fall prey to not being prepared for the next disaster, because they have focused too much on things they can’t change. Worse, for letting their preps slide, because they have confidence in whoever is President. As we’ve already discussed, he or she can’t stop disasters from happening, so it doesn’t make sense to allow them to affect how we prepare for those disasters. 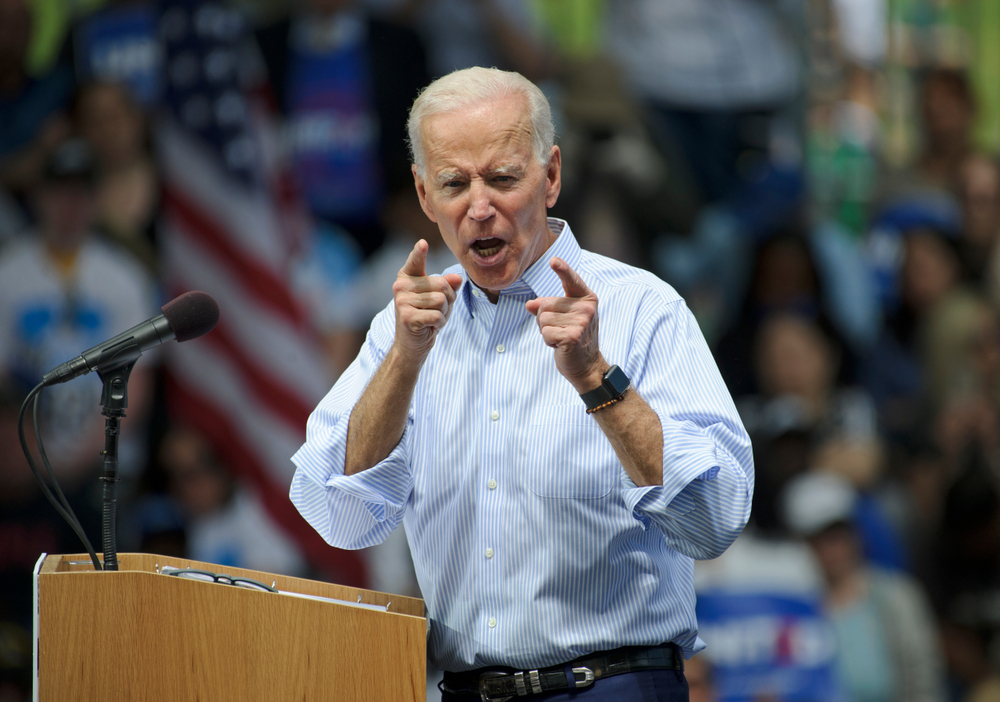