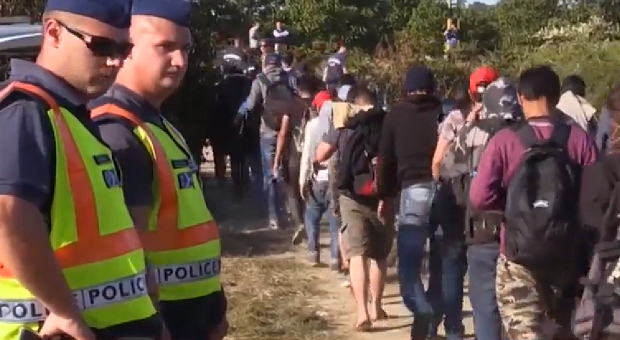 What About The Syrian Refugees?

That makes it very clear that not only was this a Muslim terrorist attack, but that ISIS is using the Syrian refugee crisis as a means of getting fighters into Europe and probably the US.

Tightened security at border crossing points has caused a number of other ISIS stringers to be caught, trying to blend in with the mass of humanity leaving Syria. Eight of them were caught in Turkey, posing as refugees and another five were captured in Honduras. How many more have made it through is anyone’s guess.

We’ve even caught ISIS soldiers trying to enter the United States. Last summer, ten ISIS soldiers were caught in McAllen, Texas, trying to sneak in from Mexico. No doubt some of the Muslims who have committed acts of violence in the United States over the last few years have ties to ISIS and other terrorist organizations, even if those ties were only through the internet.

While Paris was a tragedy, in the larger scheme of things, what it did was put a point on the fact that the Muslim world is moving. No longer is Muslim extremist terrorism something that happens in the shadows or just in the Middle East. Now it’s something that is happening in the western world, and we can expect to see it continue.

In the midst of all this, we have people who are calling themselves refugees, who are fleeing Syria by the hundreds of thousands. They are inundating Europe, largely bypassing the poorer countries to take up residence in the more wealthy ones.

The United Nations is helping them, not only by calling them refugees, but by putting pressure on their member nations to take these refugees in, regardless of whatever hardship it might put upon the receiving countries or their citizens.

But nobody really knows who these people are. They aren’t from the areas occupied by ISIS, nor are they even from nearby cities that are likely to come under attack. These supposed refugees are coming from unaffected parts of the country, fleeing nobody knows what; perhaps that’s because they aren’t fleeing from anything, but because they are fleeing to something.

A Trojan Horse Is Heading to Western Civilization

I’ve seen other refugee situations through the years and this one is unique. Most refugees are either families, women with children, orphans, widows or the elderly. This is not the case this time. The refugees pouring out of Syria are 75% military aged men, 13% women and only 12% children.

If this is a true refugee situation, why are there so few women and children? Why are these “men” abandoning their families to go to Europe or the United States? If they are truly men, wouldn’t they be staying to protect their families?

Of course, you can’t bring these uncomfortable truths up to liberals, as they are convinced that anyone who is against allowing refugees into the country is an inhuman racist. They aren’t bothered by the fact that 75% are men, because they don’t want to know those details. They just want to be generous and give away the hard-earned money of the conservatives, to take care of someone who they think is less fortunate than they are.

Okay, so let me ask the question… What is the real danger in letting 10,000 Syrian refugees into the country, even if they are 75% military aged men? After all, there’s no proof that any of them are terrorists or that any of them have ties to terrorist organizations.

First of all, we have the risk of some of them being terrorists or becoming terrorists once they get here. The Islam that is being taught in the mosques today is much different than the Islam of a generation ago. Today, Islam is much more militant, with a goal of conquest and dominion. It wasn’t that way a generation ago. While the Quran hasn’t changed, the focus of those teaching it has. A generation ago, Islam was more peaceful; today, it is violent.

This doesn’t just mean that those who are radical extremists are violent; all Muslims, across the board are leaning more towards violence. Those that aren’t, the “moderates,” are more supporting of those who are violent, accepting the need to conquer the West. Of the Syrian refugees polled, 37% actually support ISIS and the war they are fighting, and oppose to the international coalition against ISIS despite the fact they are seeking help in western countries. 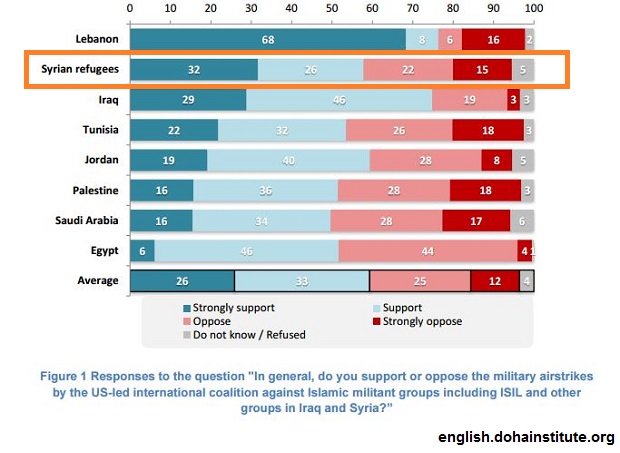 But even those who are non-violent and who do not support violence are dangerous. Fifty-one percent of the Muslims now in the United States want Sharia Law to replace our laws. What I understand is that they don’t believe in or adhere to the U.S. Constitution, they believe in and adhere to Sharia Law, and they will use every opportunity they can find to force Americans to bow to Sharia Law, rather than accepting that our law is based upon our Constitution and Bill of Rights.

So, even if we were able to perfectly vet the Syrian refugees, only letting in those who had no ties whatsoever to terrorism and terrorist organizations, most of them would still be subversives, bent on overthrowing our system of government and replacing it with their own. Is that any different than allowing in a government operative from some hostile government, who would work to overthrow our system of government? Isn’t that what we are doing?

The Long Term Payment to Be Made

But the problems don’t stop there. Of the refugees being admitted, only 10% have any marketable skill. That means that we are going to be putting more of a strain on our already overworked social “safety net.” These people aren’t coming here to be productive workers, they are coming here to get free handouts; and the Democrats are lining them up to get their freebies, secure in the belief that they will vote Democrat.

Like the refugee crisis last summer, when we had “children” coming from Central America (those children were male and had tattoos to go with their gang affiliations), these are going to help push our country closer to the financial brink. In that sense, they are just one more part of that grand Cloward-Piven strategy that Obama has been running throughout his second term.

The few who can work are just going to take jobs from American workers, just like the others that Obama has been busy importing. While some actually take jobs that Americans won’t take, others will directly replace Americans in the workforce. They will work for lower wages, mostly because wages where they came from were so low. Employers will hire them for that, as they try to keep their own profit margins from disappearing.

There is no upside for America and her citizens from this, unless it is the symbol of looking benevolent upon the world’s stage. Of course, Democrats will always go for that, wanting the warm fuzzy feeling of being seen as the good guys, no matter how many people they have to hurt in the process.

The House of Representatives has already passed a resolution requiring careful screening and vetting of these refugees. As of this writing, it hasn’t passed the Senate. But unless it passes with overwhelming majority, it won’t matter. Obama has already declared that he will veto it. So, Congress needs a 2/3 majority in both houses to override that veto. I would be surprised if the Democrats in the Senate will let that happen, even if it does in the House.

In other words, nothing is going to be done to carefully vet these refugees. Obama is going to let 10,000 Syrians loose in the United States, giving them money and benefits, and not worry a bit about what they are going to do. At the least, they will join the Muslim population’s war against our culture and laws and at the worst, they will commit acts of violence as part of their jihad. Either way, we lose.

Twenty-nine state governors have stood up and said that they won’t allow those refugees to be settled in their states. I’m not all that sure how that’s going to work. Typically, resettlement of refugees is a federal function, working with non-profit organizations. The states can’t stop that.

We the people may have to take things into our own hands, or risk being brutalized by terrorists and social jihadists.

Poll: 13 Percent Of Syrian Refugees Have At Least Somewhat Positive View Of ISIS 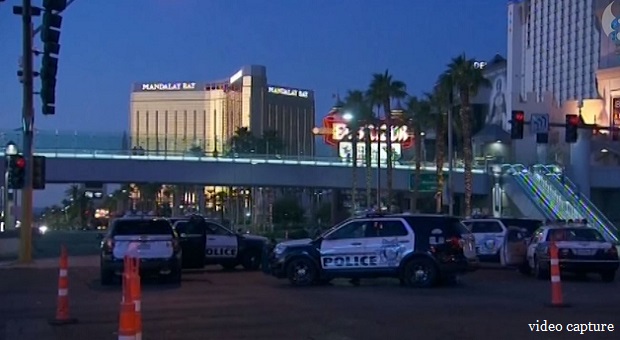