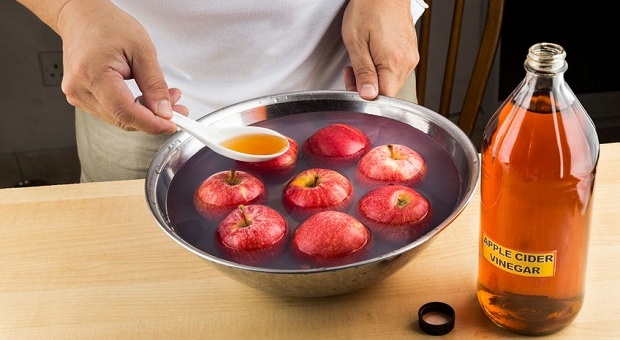 How To Remove Pesticides From Food

Even if all of your food is organic, you still need to wash it. If your food isn’t organic, you definitely need to clean it thoroughly before you eat it. Here’s a little gem for you though: there are some foods that you can’t cleanse of pesticides because they grow right in or are absorbed through the skin.

We’ll talk about those foods as well because if you’re serious about avoiding pesticides, you’ll need to buy those foods from the organic section.

Even if you’ve purchased organic foods, it’s still needed to wash them, if for no other reason than that there have been so many hands on them from farm to your fridge. Pickers, sorters, drivers, unloaders, grocery store employees, shoppers…the list just goes on. You don’t know where all of those hands have been – wash your produce before you eat it!

To begin, let’s start with the proper way to wash pesticides off of the outside of vegetables. There are numerous store washes that you can buy. Some are natural and others aren’t. As a matter of fact, some of the cleansers have harsh cleansers that almost make me decide which is worse to eat – the pesticide or the detergent!

None of the commercial products are as inexpensive as the natural, homemade ways to do it, either.

The first, and most beneficial, way to wash pesticides from your produce is to put your produce in a bowl so that it’s covered with a solution of one part white vinegar and four parts water. Let them soak for up to an hour, then rinse well under running water, scrubbing if possible. Experts have shown that this solution not only effectively removes many pesticides; it also kills up to 98 percent of bacteria. That means that you have less chance of getting sick and your produce will last longer.

Of course, this method is effective for all produce because it gets into the nooks and crannies of veggies like broccoli.

To be perfectly honest, there’s no way to get all of the pesticides off of your produce. The only study that I could find regarding veggie washes was once conducted at the Connecticut Agricultural Experiment Station way back in 2000. What they found was that scrubbing the vegetables under plain water removed as many pesticides as the top veggie cleaners and Palmolive dish soap.

Another study done by the University of Florida in 2003 showed that vinegar killed about 90 percent of bacteria, including E. Coli, and 95 percent of viruses. Studies since then have confirmed that vinegar is a definitely an antibacterial and antiviral, so it’s likely that the reason most people recommend the vinegar wash is a combination of the scrubbing to remove the pesticide and the vinegar to kill the gross stuff. 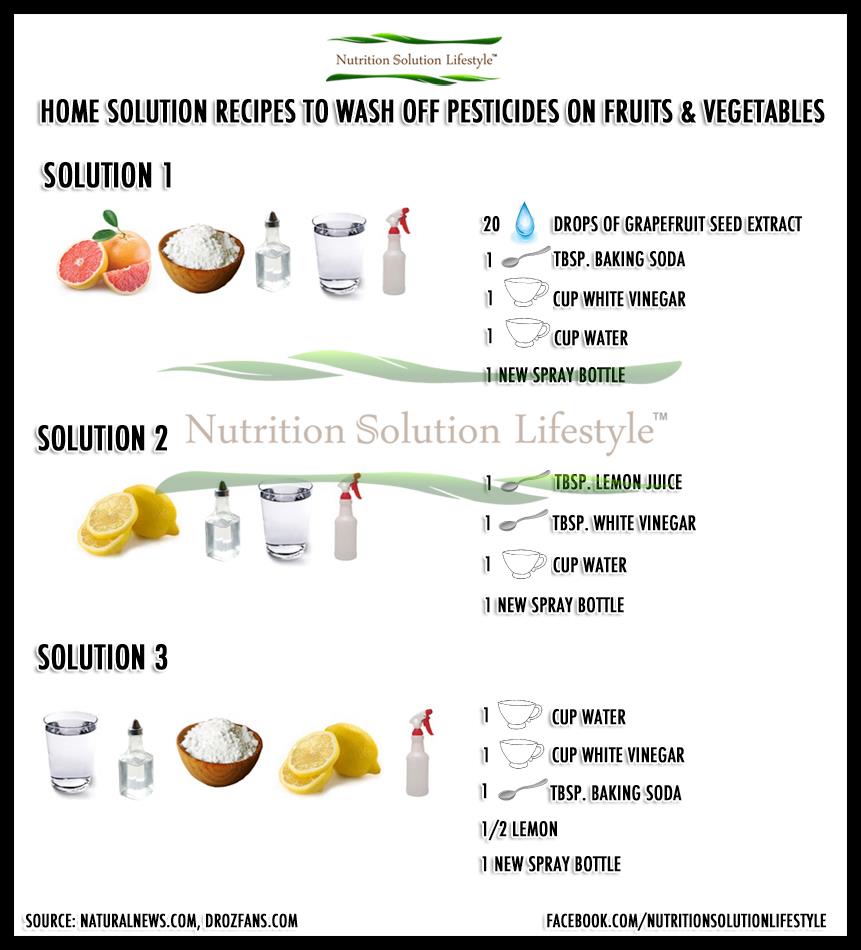 You may have noted a gaping hole above – nothing removes ALL pesticides, even from the outer skin of produce. If you really want to get all of the pesticides off the outside of the produce, you’re going to need to peel it.

When it comes to pesticides on produce, all are not equal. The Environmental Working Group (EWG) works to make both the planet and the people on it healthier by providing information backed by research. Each year they conduct a study that evaluates pesticide levels on over 3000 pieces of produce in an attempt to find a balance between a consumer’s health and their wallet.

The produce is tested for all sorts of pesticides – for example, in 2013, there were 165 different pesticides found! The theory here is that there are two lists. The Dirty Dozen lists the fruits and vegetables that tested positive for the highest levels of pesticides. They also add a “plus” list for two or three of the ones next in line that didn’t make the list. This list is comprised of produce that you should purchase organic.

The second list is called The Clean 15. These are the fruits and vegetables that tested for the lowest amounts of pesticides. These fruits and veggies are OK to buy in the traditional section of the store. I’ll get into more detail when we discuss the lists.

Some of the top findings this year: 99 percent of apples, 98 percent of peaches and 97 percent of nectarines sampled tested positive for at least one type of pesticide residue. Potatoes had more pesticides by weight than any of the other produce tested.

One grape sample and one sweet bell pepper sample had at least 15 pesticides and individual samples of nectarines, peaches, cherry tomatoes, strawberries, and imported snap peas had a whopping 13 different pesticides each – all on one piece off produce!

As you can see, not even half of these fruits and veggies can be peeled, so it’s just best to buy organic. 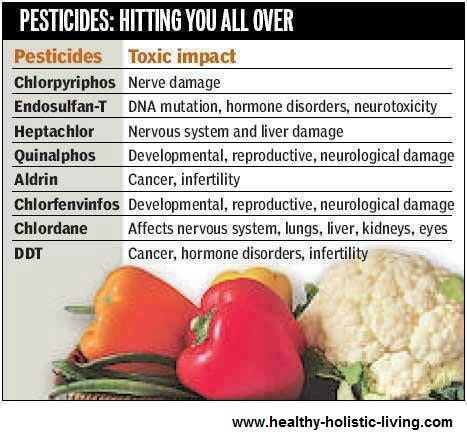 This is the list that contains the cleanest fruits and veggies. The EWG considers these to be the safest foods to buy in the non-organic section. As a matter of fact, sometimes buying items from this list is just a waste of money because the small amounts of pesticides actually found on them can be rinsed off, or are at such low levels that they’re irrelevant.

In short, these fruits and veggies are clean. Buy the conventional versions of them, take them home, wash them with some vinegar water to get rid of yuck bugs, then enjoy them! Don’t waste your money on organic versions!

Another point that many people fail to take into consideration is that chemicals affect kids differently than they do adults due to developmental issues. Kids are still growing. Central nervous systems, brains, endocrine systems and digestive systems still aren’t fully developed. The EWG has a ton of great information that will help you make smart choices for your kids, too.

The bottom line is that you can’t wash all of the pesticides off of your produce. If you want to insure that you’re not getting any pesticides (at least any added pesticides), then you need to buy organic or grow your own food. The Dirty Dozen and the Clean 15 are great places to start. And if you decide to grow your own organic food, you still have means for pest control without using chemicals.

If you have anything that you’d like to add to this list, please feel free to do so in the comments section below!