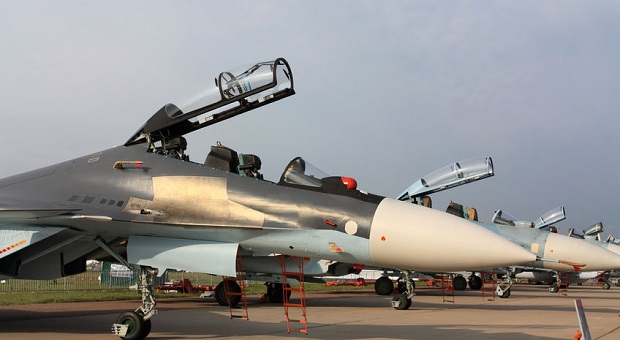 Putin Is Pulling Russia Out Of The Syrian War

In a sudden and surprising move, President Vladimir Putin announced that Russia will be pulling their troops out of the five-year-old Syrian civil war.

In a move that supposedly has Assad’s approval, Russian troops will be pulled back to a seaport and airbase in the Syrian province of Latakia. This effectively removes them from the war, while keeping the troops available should they be needed yet again.

To understand this move, it is necessary to first understand that Russia never entered the war as part of the United States led coalition. Rather, Putin sent troops to Syria in support of President Assad, who Russia supports as an ally and client state. In contrast, President Obama severely dislikes Assad and would like nothing more than to see him out of office. His efforts in the war have not been to support Assad, but rather to contain terrorist elements in the region.

Putin states that Russia has achieved their goals in the war, in bringing Assad’s administration and rebel forces together at the bargaining table in Geneva. The talks in Geneva are anything but amicable, with the UN mediator, Staffan de Mistura, keeping the rival factions separated and working with each of them individually. Nevertheless, there is hope that these talks will be successful. Mistura has already publicly stated that there is no Plan B. The talks must succeed or the sides will go back to fighting.

Should that happen, the fighting will probably be worse than before, with greater violence and greater casualties, especially amongst civilians. A quarter of a million civilians have already lost their lives in this conflict, which has also sparked mass migration to Europe and the United States.

Whether the peace talks are in process, it’s questionable how much hope for peace there truly is. The two sides have arrived at Geneva with totally opposite positions. While that is to be expected in any such negotiations, the differences between them seem irreconcilable. Rebel forces demand that Assad relinquish all power as a starting point, with a temporary governing body with full executive power appointed to see through a transition to a new government. Assad and his government are clearly opposed to considering that idea.

While the work going on at the bargaining table coincides with a month old cease-fire, it is important to note that ISIS is not part of the discussions, nor part of the cease-fire. So, warfare continues in Syria and the Middle East. However, Russia’s actions in the war were never focused on ISIS in particular, but were aimed at supporting Assad and his administration.

Even so, Russia has probably been the most effective fighter against ISIS, since their entry into the conflict. So, while they may have accomplished their goals, the results are far from satisfactory to other players who are currently in Syria, including many of the Gulf States and the United States.

The big question facing us is what is this going to mean for ISIS? While there have been no specific responses out of their representatives, representatives of other rebel groups have responded favorably to the withdrawal of Russian forces, seeing it as an advantage to them.

It is quite likely, considering the losses that Russian forces have inflicted upon ISIS troops and installations, that they will see the movement of Russian troops in the same light.

According to reports, or perhaps propaganda, coming out of ISIS, they are growing monthly, with new recruits joining them from around the world. If that is truly the case, than any reduction in enemy forces would be seen as a net gain to them.

The removal of Russian troops would mean that they have a greater majority on the battlefield, which should see new victories, as ISIS consolidates their gains and goes on the offensive once again.

It’s important to note that the war against ISIS has been largely ineffective, as Obama’s actions seem more focused on protecting ISIS from serious harm, then bringing out their doom. The American-led coalition is not very strong, and consists mostly of nations who are against ISIS, without taking any active military action against them. Those who are taking action are doing so mostly from the air; but as anyone who knows warfare can tell you, wars are not won from the air, but by the individual soldiers with rifles, who hold that all-important piece of real estate.

With fewer opposing troops on the ground, ISIS can be expected to win new victories. While I can’t fault the fighting zeal of the troops who are actively engaged against them, most are poorly trained and not very well equipped.

Unlike the First and Second Gulf Wars, where American troops crushed Iraqi forces in a lightning-fast attack, this war has taken the character of a slugfest, interspersed with ISIS committing atrocities against their captives.

If anything, this move spells danger for the United States, as well as the many other countries which are considered enemies of ISIS. Even more so than that, it spells danger for the Kurds and others on the ground, who are fighting ISIS daily. The lack of Russia’s support for the war will free up ISIS troops, which can then be used to widen the war or can be sent out as terrorists to attack civilian populations.

How This Translates to US

I would expect to see an upturn in terrorist incidents in Europe and the United States, as ISIS renews their supremacy in the area. Their goals have not changed one iota and they are not part of the current peace talks. Therefore, they will only see the removal of Russian troops from the field of battle as an opportunity, which they will be quick to take advantage of.

We already know that ISIS has troops here in the United States, as well as in many European countries. The Paris attack was led and coordinated by ISIS terrorists, showing that ISIS has successfully infiltrated both France and Belgium.

It’s hard to say with surety how many other European countries have been infiltrated, but considering the massive swell of migration from Syria to Europe, chances are high that ISIS has cells in all of the European countries.

These terrorists have mostly gone underground, awaiting the right moment to strike. It is hard to say whether they will see the withdraw of Russia as that moment, but you can be sure that there are discussions ongoing at the highest levels of ISIS command, with the goal of determining whether this is their moment or not.

Our porous southern border has already been used on more than one occasion by ISIS; with ISIS soldiers having been caught crossing into McAllen, Texas. If ten were caught, then you can be sure that many more made it through. They are living amongst us, probably actively making plans and seeking opportunities which they can turn to their advantage.

Considering all this, it appears that the peace talks in Geneva are somewhat immaterial. Whether they succeed or fail may affect Assad, his government and the people of his country; but they will do nothing to stop or even slow the growth of the Islamic State. If anything, they will give ISIS a new opening for further attacks to gain more territory.

I see little hope in these talks; or rather, I see them as an irrelevancy. While the Russian bear may have accomplished its goals, those goals don’t fit with the needs of the world. Perhaps, that is part of Putin’s plans as well.

We must remember that Putin has rekindled Russian imperialism, along with the desire to conquer new lands and bring them under the sway of Moscow. He is smart enough and has enough

foresight to know that letting the fight continue with ISIS, while not taking any part, weakens his opposition, putting him and his country in a better position to ultimately come out on top. His actions to date have shown that he is not as concerned with helping the world, as he is in helping his own country achieve her goals.

In this, Putin’s strength and Obama’s weakness on the world stage give the Russian leader a distinct advantage. He is able to manipulate the circumstances, knowing that he can count on Obama for a lot of noise, but little else.

Strictly strategically speaking, this withdrawal could put him in a position where the world is not clamoring for American intervention, but Russian intervention. Should that happen, he will have gained something that none of his predecessors were able to accomplish, a position of leadership in the world, which is second to none.

Too bad we don’t have a true leader in the White House, who could take advantage of this situation, instead of using the military as his personal social experiment. If there was ever a time in the last 50 years when we needed a strong military, ready to deploy and defeat our country’s enemies, it is now. But we can no longer count on that happening; not while Obama is in office.