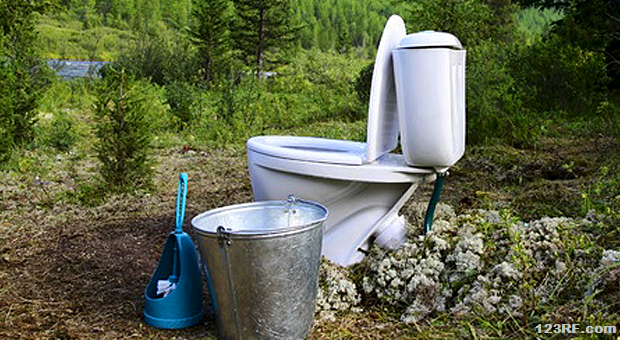 Waste Disposal When Living Off The Grid

In the time after a major crisis. There will be major health problems if waste products are not disposed of correctly. Aside from increased risk of disease and illness, waste can also cause physical injury and death. While some waste can be composted, other types must be managed in different ways in order to reduce harm as much as possible.

Why Is This SO Important??

If you think that adequate waste disposal is not important, here are just a handful of diseases that can be caused by exposure to feces, urine, or other waste. 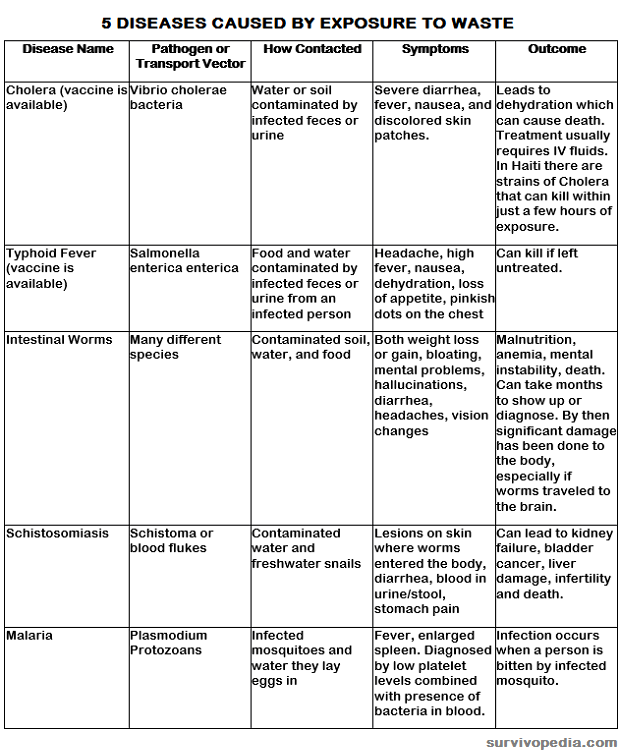 No matter whether you consume something contaminated by these pathogens or touch a mucus membrane with infected materials, it can lead to enormous health problems and death. In a post crisis scenario, the likelihood of coming into contact with these diseases is much higher than usual.

Surprisingly enough, there are many diseases that infect animals that do not cross the species barrier into humans. Therefore, while you can compost cow, pig, and other types of manure, it is not safe to do the same with human feces and urine.

Outside of attempting to build a complete sewage removal system or utilizing leach lines and tanks, here are some fast ways to dispose of human waste that can be used for months and years if needed.

Once you have an area selected for human waste disposal and treatment, you will still have some issues to deal with.

In particular, the odor from even a single outhouse can be quite noxious. In addition, flies and other pests that land on feces can carry all kinds of diseases.

If flies or other insects land on food or bite you, then you may become infected by everything from bacteria to worms. Here are some ways to control flies and odor in your waste removal area:

Things NOT to Do in the Latrine or Outhouse

If you have ever watched TV shows featuring outhouses or latrines, you may mistakenly believe they are safe places. Unfortunately, these areas frequently build up toxic and flammable gasses that can pose serious risks to your health if not managed correctly.

When using an outhouse or latrine, you should never:

What About the Animal Waste?

Animal waste is high in phosphorous and nitrogen, which makes it a good ingredient for fertilizer.

Adding lime to the waste can neutralize the flammability of the nitrogen in the waste and make a safe concentrated fertilizer. Lime also inhibits pathogens by raising the PH levels to a point where pathogens cannot survive.

How to Dispose of Household Garbage 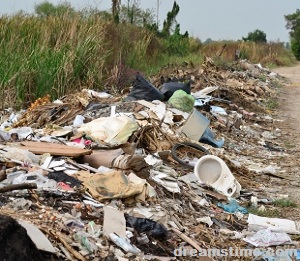 Burning might be a good solution. When non-compostable solid household garbage needs to be disposed, burning in a pit is a good way to do it.

The fire kills all pathogens that might infect humans and also produces ash that can be leached for lye and soap products.

In the time after a major crisis there will be numerous corpses that must be buried or cremated. The major problem is how to do it without spreading disease. Never handle a corpse without rubber gloves and sufficient garments.

If you use a canvas apron or gown, it must be washed in bleach after each use. It should be noted that bodies contaminated by nuclear radiation should not be handled at all, or only when a geiger counter (if you can get one) shows the body is cool enough to handle.

There are two basic ways to dispose of bodies without setting aside large areas for cemeteries:

In a time after a major crisis your bug out location can quickly become a dangerous death trap if you do not manage waste related issues. Human, animal, household, and body waste disposal must be done correctly or you and others may get very sick or die because the basic principles of sanitation were not followed.