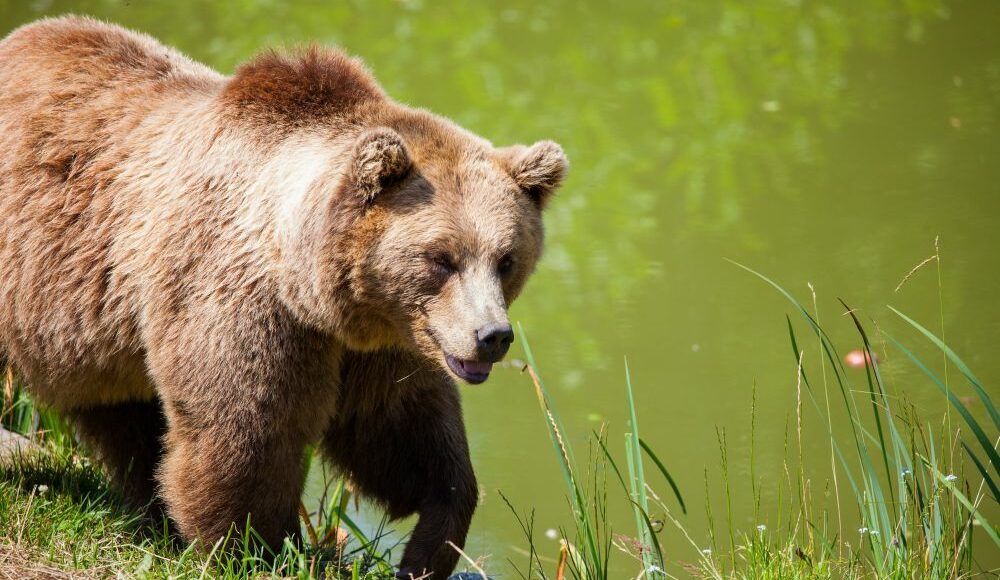 Two to five people are victims of bear attacks every year in North America. Although the numbers are significantly lower in some European and Asian countries, the trend is worrying.

Most attacks occur when a human threatens or startles a bear and makes it feel that it is in danger. The bear will only attack if it thinks its cubs are threatened in other cases. However, if a bear attacks, it can do so with lethal force. Here are a few tips on how to survive a bear attack.

When you spot a bear nearby, the most important thing to remember is not to panic. Bears can sense fear, and if you’re scared, they may become more agitated and attack. Try to keep your cool and slowly back away from the bear. Make sure to stand up straight, don’t make sudden movements, and avoid eye contact. Eye contact signifies aggression to bears. However, don’t look away. Doing so means submission, and the bear may see you as weak and easy to attack.

If a bear does charge at you, make yourself look as big as possible. Bears are usually only aggressive when they feel threatened. By making yourself look more prominent, you may be able to intimidate the bear and make it back away.

Running away from a bear may trigger its predatory instincts and cause it to give chase. If you can’t back away slowly or make yourself look big, try to stand your ground and fight back. Bears are often intimidated by loud noises. Make as much noise as possible by yelling, clapping your hands, or banging on pots and pans. You can also use bear spray to deter the bear. Since you cannot outrun it, find other tactics to prevent the attack.

If you’re attacked by a bear, climbing a tree is one of the many options that might cross your mind. Bears are good climbers, but they usually won’t bother to climb a tree if there’s no food at the top.

Once you’re up the tree, keep your distance from the bear, and don’t come down until you’re sure it’s gone. However, the problem is whether you can outrun the bear up a tree. If you can’t, the safest option is to stay calm on the ground.

5.   Learn about bears before getting into their territory

If you live in an area with many bears, be prepared as you might encounter one sooner than later. Make sure to carry bear pepper spray with you at all times, and know how to use it. You should also familiarize yourself with the types of bears in your area and what to do if you encounter one. For instance, black bears are usually less aggressive than grizzly bears. You may be able to scare them off by making yourself look big or making noise.

If a bear knocks you to the ground, it may be best to play dead. Try to curl up in a ball and protect your head and neck with your hands. Another option is to lie flat with your legs wide apart. Once the bear loses interest, it will usually wander off.

However, if the attack is unprovoked or the bear is a grizzly, fighting back is your best bet. Grizzlies are more aggressive than black bears, and they can kill you with one swipe of their paw.

7.   Understand whether the bear is attacking in defense or predatory reasons

A bear with young cubs is typically more defensive and aggressive. The best bet is to put as much distance as you can between you and the bear. Since black bears live near human settlements, they’re more used to people and are usually less aggressive than grizzlies.

Immediately note the type of bear attacking you to understand what action to take. If you realize its cubs are nearby, back off immediately and give the mother bear time to collect her cubs and leave the area.

Whether hiking, camping, or just walking in the woods, be aware of your surroundings. If you see a bear in the distance, avoid getting too close and give it plenty of space to move away. If surprised by a bear at close range, back away slowly while making as much noise as possible, if necessary. The bear will often be as surprised as you are and scamper away.

When new to an area, walk-in groups keep dogs on a leash and make noise to avoid surprising bears that may be feeding or with cubs nearby. Wearing bear bells can also help you avoid an encounter altogether.

9.   Understand that bears have a strong sense of smell

Bears love human food and will go to great lengths to get it. If you’re camping, make sure to store all of your food and garbage in a bear-proof container. Bears can smell food from up to 20 miles away, so keep your campsite clean and never feed a bear. When attacked by a bear and you have some food on you, it’s best to drop the food so the bear isn’t further agitated.

Since bear attacks in homes are also common, take precautions to prevent them. Bears are attracted to houses by the smell of food. Keep your garbage and other food items in a bear-proof container to deter them from coming near.

Bears can also break into homes, so ensure your doors and windows are secured. Since they love low, wet, thick areas, you should also trim back any bushes or trees close to your home.

Bear spray is a non-lethal way to deter a bear attack. The spray will irritate the bear’s eyes and nose, causing it to back away. Know how to use the spray before you need it by reading the instructions carefully. Always ensure the bear spray is easily accessible to grab and use if required.

Bears may be large and intimidating, but there are some ways to fight back to increase your chances of survival. For example, bears have sensitive noses, so spraying bear pepper spray in their direction can be effective.

If you have to fight back, aim for the bear’s nose, eyes, and throat. Note that bears can run as fast as racehorses up or downhill. Your best option is to stay calm, play dead or slowly move away if the bear is defensive or fight back if it’s predatory.

12. Fight with whatever you have

When attacked, use whatever you have on hand to fight back. If you’re carrying a backpack, swing it at the bear’s face. If you have a knife, use it to stab the bear in its face or throat. Don’t forget to make as much noise as possible and look big to scare it away.

Fighting back is your last resort, so use it wisely. Note that punches and kicks are ineffective against bears, and you may get hurt trying to fight one. However, a punch directed at the bear’s nose may impact, making it back off. You’ll have a chance to escape. In addition, note that when you inflict pain on a bear, it might stop attacking or become more aggressive as you’re a perceived threat.

If you’re playing dead on the ground, don’t get up until the bear is gone. If you’re slowly backing away and the bear stops advancing, go ahead and run if it’s safe to do so. Don’t turn your back on the bear or run towards other people or bears. Sometimes, a bear will stick around to see whether you’ll revive after an attack. If the bear leaves but circles back, it’s best to play dead again.

14. Let someone know where you are

If you’re out hiking or camping alone, let someone know where you are at all times. This way, if attacked, they’ll be able to find you quickly. A GPS tracking device can also come in handy in an emergency. However, it’s always best to hike in groups, as there is safety in numbers.

15. Get help as soon as possible

If a bear has attacked you, get medical help as soon as possible. Even if you don’t have any visible injuries, you may have internal bleeding or other injuries that need treatment. If you have bear pepper spray on your skin or clothes, wash it off as soon as possible.

When camping or hiking in bear country, always be prepared for a potential encounter, remember, bears are large and powerful animals that can inflict serious injuries. Always be on the lookout and take time to learn how to survive an attack. By following these tips, you can increase your chances of survival if you find yourself in this situation.

Boris Dzhingarov is a marketer and a journalist. He graduated from the University of National and World Economy (UNWE) in Sofia with a major in marketing. He contributes to multiple websites and portals.