Hey, this is Tyler with Survivopedia,

I’m here with Chris. We’re gonna talk to you about guns and, specifically, if I can say it, suppressors in survival.

Okay! So, we have a (Ruger) Mark IV that I just purchased.

No rounds in there.

Before anyone freaks out about that. Okay, this suppressor is it dead air suppressor.

Yeah… It’s the mass 22 and it’s actually Mike Pappa’s over there. If I remember the story correctly, this was the first suppressor he made for their company. He loves 22 suppressors. I mean, if you see how light I mean, how long it is, it’s very, very short and 22 and it suppresses really, really well.

It gets ridiculous the quiet. One things is really cool and it’s just a little bit of like science on you. The barrel length prohibits any bullets that you’re going to shoot in 22 long rifle from going ultrasonic.

So, I don’t care if you run a Stinger through here, or if you run subsonic – it’s all going to sound the same.

I actually just learned that fact about suppressing 22’s like two or three weeks ago.

Yeah, that’s awesome. So, if you do have a full length barrel, then you need some subsonic. But with not, when you don’t, don’t run subsonic it is just going to be racking tt every time. You can put the hottest load you want for 22 long rifle as it’s not like some magic crap you built your basement. Yeah! The hottest stuff you can buy over the counter and it’s still going to suppress.

One thing I like about a suppressor, specifically, is in a survival situation, that is lightweight, that is small. I can carry like 300 rounds in a area, a very small package, right? Yes. It’s nothing right.

Just going to unthread it, just kinda show the viewers at home. So that’s, that’s the full length of the suppressor. Always digging those rounds out. And it weighs, it’s ounces. So ounces equal pounds, pounds equal pain.

If you’re going to the backcountry, this is a great lightweight survival option for small game.

So, survival situation, the majority of the game, really, honestly, what you’re going to eat is going to be fish, squirrels, possum, rabbit here and there.

Now I don’t want to take a deer down if it’s really a survival situation. You killed deer with this.

There’s better, better rounds to shoot but I don’t want to carry all that. I can leave this on my backpack all the time. I’ve got a nice pack the over there, we can just drop that in there at any time and just roll with it.

In an urban environment, something like this, if you’re in an urban grid down situation, I’m not advocating for you to break the law, but if it’s a, I don’t know, maybe a city that’s under siege like we had in Bosnia in the 90s that cat is looking mighty tasty.

I think so. I, you know, I used to be kind of anti that move for little 22 suppressors. And then once you start doing some survival stuff, when you’re more about shooting, there is a great practicality for a setup like this and just everyday life. If crap hits the fan as well as a survival backcountry.

They are gonna shoot, they are fun.

I’m perfectly fine with sticking that in a backpack every time I go out. Yeah, no problem with that whatsoever.

Also on the flip end to, I know guys who go in the backcountry with like a Glock 20 at 10 mm. Those good buffalo bore rounds.

I mean, that’s the reason you can bring this and that.

Exactly, because I’m not gonna waste the 20 rounds I got on that. That’s for a bear or a cougar, whatever case may be. Small game, small game.

One is none. Two is one.

Yeah, I can put this pistol on a 308. I can put an AR and a Glock. I can put a Glock and pistol. What’s the situation dictate?

So I want to throw some lead at something.

We got a great back stop here. Yeah, this hill. So we might be nice and quiet. Yeah, turn around and drop some rounds real quick.

So this little guy right here, this is probably the best environment I can think of to illustrate how quiet this is. I’ve got a shotgun mic right on top and we’re like three feet away. So hopefully you can catch what’s going on. These are hot Stingers. These are like 1200 fps stingers. Look at the fastest I can think of to kind of illustrate how quiet this is.

It makes me happy. I’m going to stick some holes in that knot over there. I’ll check that out. Grab my glove.

Oh, little malfunction due to glove?

So yeah, basically that action grab the back of my glove. That’s the absolutely first time anything like that has ever happened. Let’s try that again. That’s also, let’s talk about real quick. Right? I was a cop in a city a long time ago. I got a new jacket, they had a string on it, and I caught that up, trying to draw my pistol later on that day. It was a horrible situation. This is why it’s important to go out and use your gear. Try it out. Right?

I’ve never shot with these gloves on before. I never in a million years would have guessed that to be an issue. Now I know. So now, if I have this in the future, I’ll take my glove off or I’ll just know that I need to keep it low when I wreck that.

Call that a kit shakedown.

Exactly. Okay. Try to take this. See how quiet this is, see how it works. Try new around here. I think that hit the edge of it.

It’s like it sounds like something poked a hole in a piece of paper. It’s movie quiet. You know what? That’s like your reference for people is in movies. They obviously overdramatize.

Unlimited ammunition and all sorts of silliness all the time.

I’ve got hearing aids on, I have hearing amplifiers on, right? Yeah. It’s still like super quiet.

Just some right here. Cut that branch in half. Accurate. I got to throw some more lead out there.

Of course, too much fun. Get some close-up, b-rolling whatever on this one. Let’s smoke that off it, get your ass down this side. Get really tight on the gun.

That’s beautiful right here. The interesting thing about a suppressors, the way that it works is with friction, right? All of the little puffs of air going and they curl and they stop with frisson. It’s going to create heat and push that smoke out of the bottom of it.

There you have it. So this is a Ruger Mark IV, they do make really short barrel variants. I got a match grade barrel because I want the accuracy. As you can see, I was cutting twigs with it at, I don’t know, 10, 15 feet, right. And then it’s super quiet. You don’t need hearing protection, quiet. And this is a dead air suppressor. Give me the model of this guy.

Guys, hopefully that was valuable to you and thank you for watching. I’m gonna get some more ammunition, do some more shooting.

Disclaimer: The content of this book is for informational purposes only and is not intended to diagnose, treat, cure, or prevent any condition or disease. You understand that this book is not intended as a substitute for consultation with a licensed practitioner. Please consult with your own physician or healthcare specialist regarding the suggestions and recommendations made in this book. The use of this book implies your acceptance of this disclaimer. The publisher and the author make no guarantees concerning the level of success you may experience by following the advice and strategies contained in this book, and you accept the risk that results will differ for each individual.

Tyler White is one of those rare creators of online survival content who is amply qualified. Growing up on a ranch, Tyler learned about homesteading and preparedness as a way of life, taught by grandparents who had lived through the Great Depression. Although he had already worked at a guide in Alaska, served with U.S. Army, Tyler knew there was more to primitive survival than he could learn from military schools or other outdoorsmen. His passion for primitive survival drove him on a quest to track down the most knowledgeable instructors in the field, traveling from Utah to the Amazon to Canada and finally back to Utah. Like all competent survivalists, Tyler has experience in a broad range of subjects. Highlights from his background includes criminal justice, law enforcement, archery, small arms, amateur radio, farming, gardening, raising cattle, and poultry. He has attended classified schools, worked in law enforcement, studied too many martial arts to list, and achieved the rank of 2nd Dan in Shōrin-ryū karate. 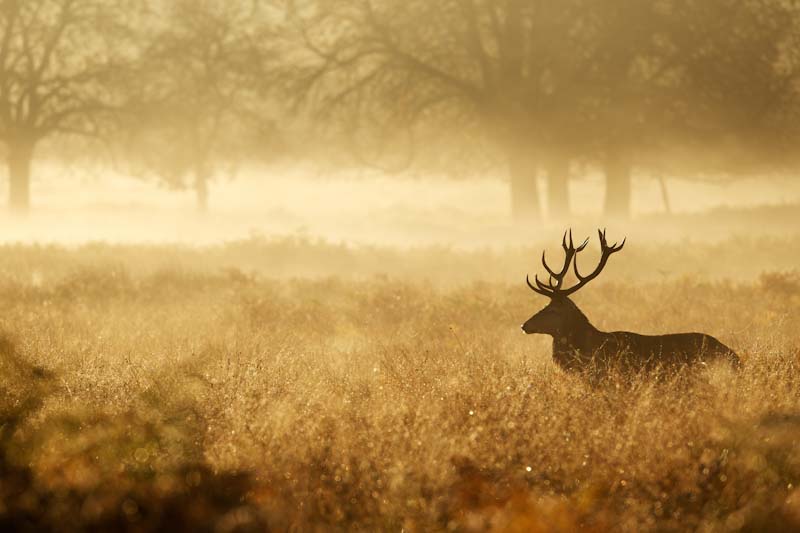 Hunting & Gathering: How Survivalists Can Plan To Live off the La...