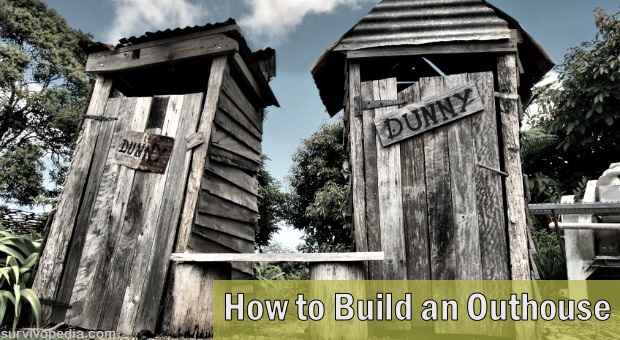 How To Build An Outhouse

What can be said with certainty about our modern society is that we’re a culture based on waste. We waste everything: food, water, energy; everything goes to waste, including our own time. Fugit irreparabile tempus...an old Latin saying that loosely translates to time lost forever, is more applicable than ever.

You should be aware of the fact that the water infrastructure in the US wastes about 6 billion gallons of potable water every day, both clean water and untreated water (sewer/raw human waste included).

While mindlessly wasting a vital natural resource like water (especially clean-potable water) is a serious indication about the mental health of our society, some people are worried about the untreated water, which contains unprocessed fecal matter/urine.

If not disposed of safely, the untreated water can be a hazard in regard to the world’s waterways, as it poses a huge threat to the environment and can cause lots of health problems for the general population.

But some things can be remedied if you’re willing to take the steps. You can lower your water bill and do some good for the global environments by building an outhouse for your back yard

Even if the idea may seem odd for some people, building your own outhouse (or latrine, john, privy or whatever you want to call it) is a cool DIY project with lots of benefits, one of which is that you’ll already have a waste disposal system started if SHTF. In other words, you won’t be pooping in a bucket.

Basically, a back yard outhouse does not require septic systems (these tend to be pretty expensive), your water bill will be seriously diminished (it doesn’t require flushing), and the foul smells and health issues associated with an in-house bucket that you’d have to use if SHTF won’t be a concern.

Actually, with a little bit of skill and a few old school/modern tips and tricks, you can build an outhouse that doesn’t smell a bit.

Another thing that should be considered when you’re building an outhouse is the potential benefit of using your personal waste (urine/fecal matter) as a natural fertilizer for your garden or whatever.

That can be achieved by building a composting outhouse. Keep in mind that compost is the key ingredient in organic farming.

Bottom line, there are 2 types of outhouses: the regular ones that have been used for centuries, aka pit latrines, and the composting version.

While the regular pit latrine can be regarded as the old school environmentally-friendly and odor-free (as possible) solution, the composting latrine takes you one step further in the “eco warrior” scenario and will provide you with top-of-the-line fertilizer for your crops or garden.

If you’re a pro-active kind of person that gives a damn about his/hers personal waste (as in, preventing it from becoming part of the problem, i.e. a pollutant for the aquifers), the composting outhouse is the name of the game for you.

Remember that the byproducts of a composting outhouse can be used as natural fertilizers for your food crops or you can just use the “humanure” for your ornamental garden or what not (playing safe that is).

Keep in mind that human waste in its original/natural state can be a health hazard, but after being composted properly, it’s absolutely safe to use as a natural fertilizer. Medieval Japanese farmers used human compost for thousands of years on their rice cultures and they did just fine.

How to Start Building Any Outhouse

Enough with history lessons. Let’s take a look at the basics of building an outhouse, regardless of the type.

First, you should check the local restrictions (the laws in your area, because they differ by region) in order to be sure that you’re allowed to build an outhouse. If you’re living in the city, you can forget about it. It’s highly unlikely that you’ll ever be allowed to build a latrine inside of a city limits. 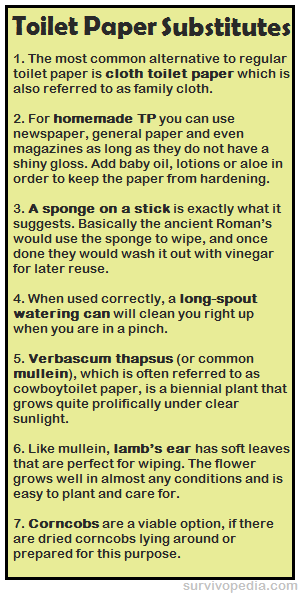 The restrictions concern the distance from the water source; generally speaking the outhouse should be a minimum of anywhere between twenty and one hundred feet away from your water source, to prevent pollution. The farther the better.

Now, building the outhouse itself, even if it sounds intimidating, is actually very easy. All you have to do is dig a proper hole (anywhere between 3 to 5 feet deep, depending on how many people are using it) and build a wood structure over it and voila, you’ve got yourself an outhouse.

There are many step-by-step designs for an outhouse to choose from on the internet but we’ll stick with the basics here. The average outhouse is 7′ tall and 4’x4′ around. After building the wood shack over the hole in the ground, you must add an enclosed bench inside the structure with a toilet hole inside it for seating while doing your business and that’s about it.

The bench must be like 2′ wide and 2′ high, obviously boxed in completely. The toilet hole can be anywhere between 10” to 12” in diameter. To avoid nasty smells, the outhouse should be placed in the (natural) shade and at a safe distance from the house.

For a modern look and comfort, you can use a regular toilet seat placed over the hole (the lid will help a lot when dealing with foul smells).

In terms of design, you can make your latrine look more appealing by hanging shingles, using tongue-and-groove for a cool effect and also by painting it on the outside in a color of your preference (a nature-inspired design for example, or deep red).

A window covered with a curtain would help a lot, both in terms of ventilation and privacy. A good trick for reducing odors is to keep a bag of lye or lime inside the latrine. After using the toilet, you should take a cup and sprinkle a bit of lye or lime on top of your waste, thus reducing the outhouse odors to a minimum.

The old-school sliver moon shape cut into the latrine’s door will also provide you with some additional ventilation.

A truly ecological outhouse is the composting version. Being very similar in structure with the regular latrine, the composting outhouse has a very different setup, because of its main purpose: to make human waste recoverable/recyclable.

The most basic model of a composting outhouse uses a box and bucket setup, but it can become as complicated as you want it to be.

Basically, in the early stages of its building, the composting outhouse uses the same dimensions/materials as its low-end sibling. But, when compared to regular pit latrines, the human waste must end up in a catchment container instead of a hole in the ground.

One important thing to be considered in a composting outhouse is the design of the ventilation system. Unlike the regular latrine, you must use a chimney-like pipe running from the roof to the collection area. The air must flow through until the holding pen is emptied.

There are two types of composting toilets:  one system mixes feces and urine and the other one separates them. Both systems have pros and cons.

What you need to know in these early stages is that you must ensure the ideal conditions for a successful composting, i.e. you must monitor carefully the temperature (at or above 109.4 F), oxygenation, moisture and time.

Yes, a composting outhouse is a bit tricky and way more complex than a regular latrine. For example, the human waste products must be kept at a high-enough temperature so that pathogens can’t thrive and that’s very important if you want to use your compost for fertilizing your food crops.

Be aware of the fact that every time you use the composting toilet, you must add ashes, hay, leaves, sawdust, wood chips or other organic material. Basically, add carbon into the “mix.” In this way, you’ll facilitate the composting process by reducing the moisture, balancing the nitrogen present in the feces and also increasing the oxygen flow.

If you have other thoughts or ideas, don’t hesitate to share them in the comment section below.