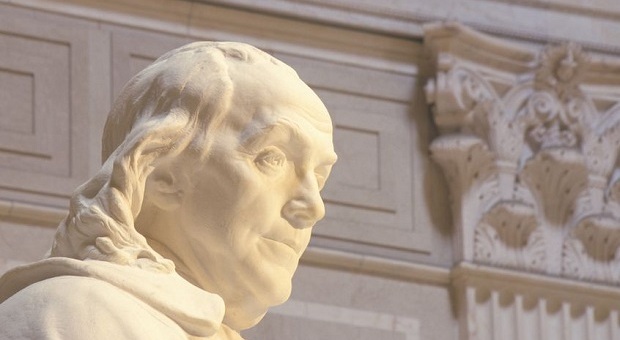 merican history is filled with quotes by great leaders… and not so great leaders. Amongst these a truly great one came out in an inaugural address on January 20th, 1961. On that date, John Kennedy, who is still a Democrat icon, said, “Ask not what your country can do for you; ask what you can do for your country.”

Fifty-five years later, the Democrats seem to have forgotten that line, while still revering the man who spoke it. They no longer speak of serving their country, and no longer revere those who do. Rather, the Democrat Party stands behind cop killers and those who walk on our flag. They have given away their patriotism, replacing it with partisanship.

Yet the country still has needs and still needs people who will make the sacrifice to meet those needs. Sadly, fewer and fewer Democrats are rising to that challenge, leaving it instead in the hands of Republicans, Libertarians and others who haven’t lost their patriotism.

So, what happened to the Democrat Party? They started preaching entitlement. This happened more than 50 years ago, when Lyndon B. Johnson declared the war on poverty in his 1964 State of the Union Address, just a few short years after Kennedy’s famous statement. In declaring war against poverty and following that up with legislation to give handouts to the poor, Johnson changed the course of his party and this country.

Ever since then, each successive generation of Democrat political candidates has tried to outdo the last, in their promises to give free handouts to the poor. While this seems like a worthy goal to the rank and file Democrats,

But I always wonder about their true motivation, whenever I see the Democrats promising to give more to the poor. Mankind is not naturally altruistic and it’s statistically impossible that there would be that many people, let alone politicians, who would want to help people out.

Of course, when Democrats talk about helping the poor, they aren’t talking about doing it out of their own pockets. Their idea is to tax others, so that they have the money to run those massive entitlement programs. At the same time, they work just as hard as Republicans, to ensure that they don’t pay one more dollar in taxes than they have to. So, their altruism is a phony thing, not something of the heart.

If that’s the case, then why do they work so hard to make themselves look like they truly care about the poor? I see two reasons for this, both of which I believe are backed by world history. 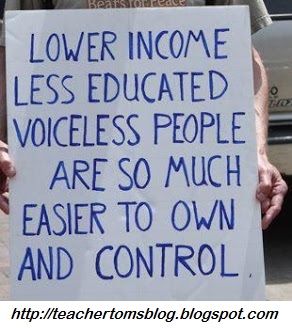 First of all, appearing to care about the poor gives them a sense of moral superiority.

That’s a big deal to liberals, as shown by the way they talk about those who don’t agree with their ideology.

They demean anyone who is not on-board with their program, as being of lower intelligence and of poor moral character.

But, in reality, liberals give to the poor and needy to cover their own feelings of inadequacy for their own moral failure.

But making themselves feel good isn’t the main reason why liberal politicians want to give to the poor. That’s just the mask they show to the public.

The real reason is much more sinister and self-serving. Throughout history, any political party who has spoken about helping the poor has done so to gain their vote, so that ultimately their party could gain power.

This is actually an excellent political strategy. There are always more poor people than there are rich people. So it’s easy to create class envy and even class warfare. That class envy is easily transferred to votes, simply by promising to feed the greed of the poor.

Please note that my definition of greed, like most conservatives, is much different than that of the liberal left. To them, greed is wanting more than you need. That definition is based upon the precept that in taking more than you need, you are taking away from someone else. If that were true, then the nation’s economy couldn’t have grown over the last 200 years. But to us on the left, greed is all about wanting what someone else has. They want our money, so they tax us to get it.

What is All About?

Power it’s really all about. Democrats, like any politicians, want power. They want all the power. They want to consolidate it in their hands, and extend it into every area of people’s lives. They are so convinced of their rightness and righteousness in wanting this power, that they will stoop to any means necessary to get it. Then, once they have the power, they will use it to control people’s lives, while giving benefits to themselves, the elite.

I’m not basing this opinion on any bias against Democrats or any hatred towards any one group; but rather, on history. For the last 100 years or more, every political party which has risen to power by promising to give to the poor, has done so for the express purpose of gaining total political control. Once they achieved that, they parleyed it into control of people’s lives.

Like I said, just look at history; Lenin and Stalin in Russia, Hitler in Germany, Mao in China, Peron in Argentina, Maduro in Venezuela. The list goes on and on. Each promised to help the poor, vilifying the rich. Yet when each got into power, they didn’t take the wealth of the rich to help the poor, they took it to line their own pockets. The poor got a smattering of benefits, and the true beneficiaries were the revolutionaries, the new crop of politicians and their bureaucrat lackeys.

Interestingly enough, these leaders and their political parties were all liberals. They were all socialist. They all made the same claims and they all followed the same path. What reason does anyone have to even think that our current crop of liberals is any different?

Bernie Sanders, the former presidential candidate openly claims to be a Socialist. He calls it “democratic socialism” but there’s really no difference. Many of the politicians I listed above did the same thing. Hitler was voted into power, on a promise of socialism, just like Bernie Sanders promised.

As a theory, socialism sounds great. It even sounds better than democracy. But it requires something that the world has always been sadly lacking in… perfect people. The only way that you can make a true socialistic society work, is for everyone to be willing to work for the common good, even if it is to their own detriment.

That’s where socialism fails. While it sounds great to give everyone the same, in reality, not everyone deserves the same. Someone who drops out of high school and ends up flipping burgers really isn’t worth as much as s brain surgeon, no matter how you try to twist reality.

Yet Democrats have preached for so long that the poor deserve more, that they have succeeded in creating massive amounts of envy, class hatred and a desire amongst the poor to destroy those who have more than them. There is nowhere that this can lead, but to class warfare, where the poor try to kill the rich.

We’re just starting to see the beginning of this with movements like Black Lives Matter. While racially motivated, Black Lives Matter is fueled by poverty. Blacks without hope, living in the ghetto, are striking out against “the system” that they feel is oppressing them. So far, their efforts have not been very effective and have in fact hurt themselves more than those they claim to be against. But given time and some organizational help, which the Democrats like George Soros are glad to provide, they could become quite dangerous to society at large.

Those who are participating in Black Lives Matter are nothing more than pawns in the game of politics. They are being used by liberals to cause unrest and violence for their own political purposes. In the long run, they won’t receive what they are after, which will merely fuel their rage even more.

That’s the end game for them, and they are not reluctant to use the lives of the poor as pawns; after all… there are lots of poor.