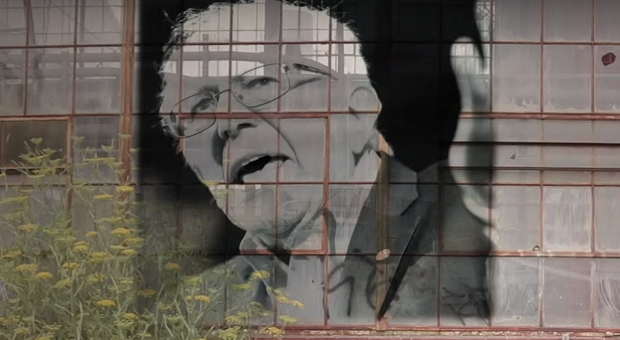 The Socialist States Of America?

Someone recently posted a meme on Facebook, claiming that the United States was already socialist in many ways. The meme quoted a number of benefits that we as Americans enjoy, claiming that they are ours because of socialism.

Amongst them, it talks about the 40 hour work week and weekends off, both inventions of Henry Ford, who was probably one of the nation’s ultimate capitalists.

But the scary part of this is that most of our youth, those we call the millennials, think that many of the benefits of our modern, capitalistic society, have been given to us by socialism. They have been taught that corporations are all about greed, and therefore bad; and that anything good that we have is because the government has forced those horrible corporations to give things up.

Our youth are being taught a warped view of the world in college. Specifically, this warped view praises the benefits of socialism and condemns capitalism. Within the ivory halls of academia, where reality doesn’t enter and things are dealt with on a purely theoretical basis, socialism is seen as the cure to the nation’s and perhaps even the world’s ills.

On a purely theoretical basis, socialism actually looks quite good. Everyone works equally and everyone receives equally. There’s just one problem… it requires perfect people. Everyone has to be working for the “common good” without any thought of themselves. I don’t know any people who are that good.

In reality, socialism has been a total failure, everyplace it has been tried. That’s because there is no motivation built into socialism for people to excel. It doesn’t matter if you do an excellent job or if you don’t even meet the minimum standards, you receive the same reward. Without any differentiation, there’s no reason for those who can do better to do so.

Of course, if you talk to proponents of socialism, they’ll berate you for not being purely altruistic in your outlook. They’ll talk about how socialism hasn’t worked, because it has been tried in the wrong places. Then, as quickly as they can, they’ll segue into a tirade on the evils of capitalism.

So, Why Do Millennials Fall for Socialism?

Is it just what they’ve been taught in college, or is there something more? While a fair portion of the blame can be laid at the feet of their professors, the truth is that both the education system and capitalism have failed them. They see no hope in the current situation, so are looking for something better. Without the experience necessary to judge socialism honestly, they accept what they’ve been taught.

Let’s start with the education system. Somehow, colleges and universities have managed to sell society in general and our youth in particular, the idea that you need a four-year degree in order to get a “decent” job. Yet, at the same time, they’ve stopped training students for those supposedly decent job. The vast majority of today’s graduates hold degrees in specialties for which there are no jobs; nor, in many cases, were there ever.

Just how many jobs in women’s studies or homosexual studies do our colleges and universities think exist? Yet countless students graduate with degrees in such fields, having been told by their counselor that they should study what “they like,” rather than studying something with a true job potential.

Sadly, these institutes for higher learning have become a factory of uselessness. Today’s higher education is more about political indoctrination to the liberal ideology, than training for any real job. Students pay a small fortune, much of it with borrowed money, to gain a degree that not only doesn’t guarantee them the job they were promised, but if anything, has destroyed any usefulness that the student might have in the job market.

What Has Enabled All This?

Government handouts. The vast majority of students today receive some sort of financial aid, compliments of Uncle Sam. As with any other situation where the government is footing the bill or footing a percentage of it, that has caused the cost of higher education to skyrocket. College education has increased in price by more than three times, thanks to these government handouts, even when taking inflation into account.

So, our youth are being told that they have to earn a useless degree, which they can’t afford, but will have to pay for anyway. Then the people who sell them that degree don’t even have the decency to direct them into a field where they might actually be able to find a job and make a living. Instead, they are told to study whatever interests them. So students, not knowing better, work four years or more to earn a degree whose only purpose is to enrich the university where they studied.

Once these young people make it through their classes on Marxism, political correctness and how to complain every time your feelings are hurt by someone with an opposing opinion, they are ready to leave school and get their first real “adult” job. Only… there aren’t any jobs; at least not in their field.

There are currently over two million job openings today for skilled people. But most of those jobs require people with vocational training, not people who have learned advanced basket weaving. Yet the educational system isn’t preparing our youth for those positions, because that doesn’t fill their coffers.

But leaving the two million jobs aside, job growth since Obama took office has been dismal. It hasn’t even kept up with population growth, let alone make up for all the jobs which were lost during the recession. Yet our liberal government has the audacity to try and tell us that the “recession is over” and we are in “full recovery”. Try telling that to someone who can’t find a job.

Obama loves to point to figures showing the “huge” amount of jobs that have been created during his presidency. But those figures, like any others that this administration presents, are phony. When you analyze them, you see that the largest percent of those “new” jobs are in the public sector, not the private sector. So, Obama and company are creating government jobs faster than all the businesses in the country can.

Why Can’t Businesses Create Those Jobs?

What jobs have been created in the private sector are mostly part-time jobs. Somehow or other, our national memory has forgotten this gift from Obamacare. The IRS regulation which defined “full-time” work as 30 hours or more per week, has destroyed full-time employment in entire industries. A large number of those who are employed are actually under-employed, because employers can’t afford to hire full-time people and have to pay the high insurance rates that Obamacare has given us.

I hear reports constantly out of the left about how people can’t live on minimum wages. I agree. People aren’t supposed to live on minimum wages. They also aren’t supposed to live on 25 hours of work per week. Yet, this is part of the legacy which Obama has given us… all the while blaming businesses, Republicans and conservatives for the lack of good paying jobs.

So for most millennials, not only do they graduate saddled with crippling dept, but there aren’t enough jobs to go around. Even those who are smart enough to study a field which has real chances of employment, the lack of economic recovery is hampering their ability to find work. Of all categories of people, the young, and especially young black men, have the highest unemployment rates.

It’s no wonder that millennials are disenchanted with the system we have in place. They don’t see the chance for opportunity that they were promised existed for them. Whereas a college graduate 20 or 30 years ago could readily find a job in their field, with the potential for advancement and a satisfying career, today’s youth graduate without any hope. Nobody is offering them the chance to make it on their own.

When these disenfranchised youth look at socialism, it has to look attractive to them; especially if their education in history is lacking. They didn’t grow up looking across the Atlantic Ocean at a socialist giant. They didn’t see what NAZI socialism did to the world. They only know China as a manufacturer of most of what they buy, not a communist country that has murdered and oppressed their own people. They lack the perspective of history, to show them what socialism really is. Someone needs to teach them.

If our youth aren’t educated in the truth about socialism, I can guarantee you that they will vote socialism in for the United States. It may not happen this election cycle, but it will happen.

The fantasy world of socialism will be held before them as a utopia where their problems will be solved by a benevolent government, and they’ll go skipping along, gaily, down the trail to vote and turn the United States of America into the Socialist States of America.