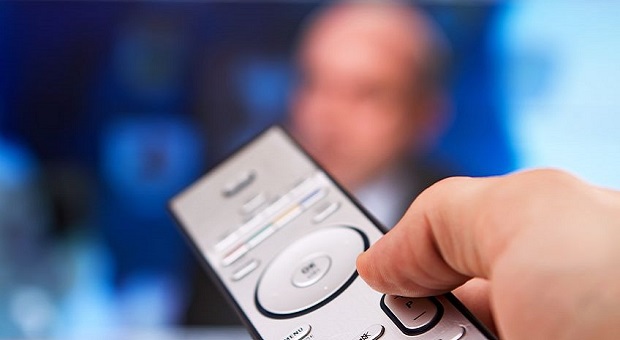 The “Pied Piper” We Call “The News”

Any conservative who keeps track of the news at all knows that the mainstream media is fully in bed with the progressive liberal agenda. This is not something new, although it has been accelerating in recent years. Perhaps this was inevitable, considering that “news” is supposed to deal with what’s “new” and liberals have always been working overtime to bring about something new.

But I think the real reason that the media leans towards the left goes much deeper than that. It has something to do with the type of people who are drawn to Hollywood and to the news media as well.

{adinserter aliveafteramerika}Just like you are more likely to find conservatives serving the public as police, in the fire department and in the military; it takes a liberal slant in your personality to make reporting on what others are doing sound like an attractive career. Conservatives would rather do, while liberals would rather talk about it.

Regardless of how it happened, our modern day news media has abandoned any pretense at being neutral, even though their supporters claim that they are the most even of judges. Liberals scoff at the idea that the media is biased, mostly because the media just isn’t quite liberal enough for them.

But this bias affects how the media reports stories greatly. After all, it is the practitioners of journalism who ultimately decide what qualifies as “news.” They act as the filter to what the rest of us get to see and hear and have become experts in making the positive sound negative and the negative sound positive. The “spin” they put on the news has more to do with public opinion than the news itself.

Sadly, a large portion of our population has forgotten how to think for themselves. They have become like the people in George Orwell’s classic book, 1984, only thinking and believing what the propaganda ministry tells them to think and believe. Individual thought and expression are going by the wayside for these people, as they conform to what they are told. Non-conformists, like you and I, are villainized for our opinions, our actions and our beliefs.

The scary part of this is how many people are led around by the nose, accepting whatever the media says, without giving it a second’s thought. We see this going on every day, often without realizing what is happening.

Take our elections for example. The most important single factor in a candidate’s success is the amount of coverage they receive from the media. In the 2012 presidential primaries, Rick Santorum was the leading Republican candidate up until three weeks before primary polling started; then, they dropped him totally. They switched their coverage to Mitt Romney, who ended up winning the primaries.

Then there’s Obama. We all know how much of a part the media played in thrusting the freshman Chicago senator onto center stage and ultimately wining two presidential elections. Had it not been for the help of the media and especially of Oprah Winfrey, Barack Obama would still be a senator, not a president talking about how he would like a third term as king.

Distraction of the Masses

But the media’s affect on elections is only the tip of the iceberg, when you look at the overall picture. Take the whole #BlackLivesMatter movement, for example. The violent outbreaks which have been happening around the country would not be happening if it weren’t for the media.

First of all, the media misreports the trigger events, talking about how the police are killing “innocent” young blacks. Then they use that to interject suspicion of the police and hatred towards whites. Why? So that they can make a media show out of the resulting riots and destruction.

It’s clear that the destruction in Ferguson, Baltimore and other cities wouldn’t have happened without the media fanning the flames of fire. How do I know that? Because there are many other similar events where nothing happens. There are no riots, no demonstrations and no problems; simply because there is no media attention. 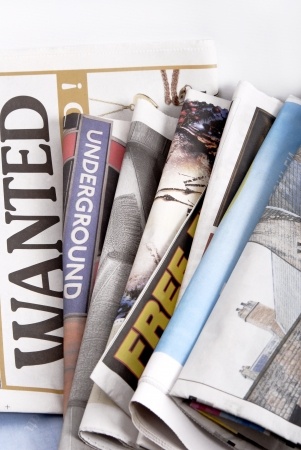 Sadly, the situation is getting worse. The media is creating hysteria over events happening in the world, so that they can actively cover up other things. Most of this is about covering up things that the Obama Administration is doing or has done. They distract the attention of the masses from having their freedoms revoked by stirring up rage about something that doesn’t even matter.

How important is a former athlete getting a sex change operation, in the grand scheme of things? It’s not. How about the killing of a lion on the other side of the world? People in Zimbabwe (where the lion was killed) say that lions are killed there every day. Not only that, but they don’t even know who “Cecil” was. To them, he was just one more lion and the outrage is a “first-world problem.”

What about the outcry against the Civil War Battle Flag? How is that so important? The answer is, it isn’t. It has only been made artificially important by the chattering class, in order to manipulate people’s emotions and get them to cry out against it.

Yet, while these major “stories” have been filling the airwaves, important things have been going on. ISIS has killed hundreds more Christians, just for not converting to Islam. Planned Parenthood is caught red-handed, selling baby body parts. The Secretary of State has negotiated a treaty with Iran, which gives them everything and gives us no assurances whatsoever. Oh, and by the way, Kerry is related (by marriage) to the negotiator for Iran. If he were a righteous man, he would have sat that one out.

What I’m seeing here is that the media is actively working to cover up the actions of the government. They have fully become a propaganda arm of the administration; not only reporting things in a way to make the administration look good, but in redirecting the attention of Americans from what the administration is doing, by focusing their outrage on something else.

Just look at the Cecil the Lion fiasco. A man goes to Africa on a hunting trip. It’s not like that’s anything new. It’s been happening for at least 100 years. But this man happens to kill a lion which is sufficiently well known as to have a name. That gives the news media something to grasp hold of, which they do.

Within a day, everyone is talking about how this horrible man killed a poor, innocent, beloved lion. They close down his business, cry out for the government to take away his citizenship, threaten his life and those of his family and basically destroy his life. Why? To cover something up; the only question is “What?”

Jade Helm started a couple of weeks ago. There are still stories going around about the sinister things that the government is planning on using Jade Helm to do, including supposed statements by military members. The hactivist group Anonymous has made a statement that Jade Helm is a cover-up to kill off 120 million Americans and capture others for “reeducation.” Those stories are of course being mocked by the mainstream media.

I don’t know what to think about Jade Helm. There seems to be a lot of evidence to show some nefarious purpose behind it. But that evidence could be circumstantial as well. But that’s not what scares me. If they decide to kill me, so be it. I’ll win in the end.

No, what scares me is that it is clear that the American masses would readily accept the killing off of 120 million Americans. The news would spin the story, talking about how all those conservatives were really terrorists and people would nod their heads, telling themselves that killing them off was a good thing. That’s scary.

When they come to take you and I off, people will be sitting on their sofas, nodding their heads, as they accept the cover story that they are being spoon fed. There will be nobody to speak on our behalf.

Oh, I suppose we could take a stand and fight when they come looking for us. In fact, I’m sure that at least some of us will manage to do that. But unless you’re planning on standing guard every night, I’d be willing to bet that the government will manage to break down your door sometime when you aren’t expecting it.

Besides, who really thinks they can stand against the weapons and manpower that the government can bring to bear? No, we’ll all go down; and the news will report it as a right-wing terrorist who got what he deserved.

Can you hear the mobs cheering?