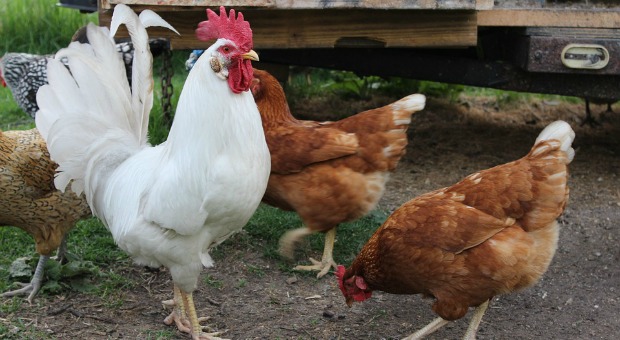 3 Ways To Add A Rooster To Your Flock

Roosters. These beautiful birds often earn a bad reputation. But, when carefully selected and introduced, a rooster can be a blessing to your hens, not a curse.

I’ll jump into the how-to part of adding the rooster a little later in this post. Keep reading to find out more!

But first, let’s talk about some basics behind adding a male bird (or birds) to your flock.

If you have too many roosters, they’ll spend more time fighting than doing their job. A good way to calculate how many roosters you need is to count your hens. You want one rooster for every six-ten hens.

That way every rooster can have his own little flock of hens to care for and breed with. Your hens will be happy because there won’t be three roosters trying to mate with each one. It’s a good ratio to try and maintain.

When deciding upon the number of roosters, take into account the following factors:

Are your chickens confined to a pen and a run? If so, you’ll need significantly more space per bird if you plan to keep multiple roosters in there. Each one needs plenty of space for his flock.

If your chickens free-range, you’ll be able to get away with less space in the coop. But, you’ll want to make sure you don’t go below the minimum recommended space of four square feet per bird.

Having multiple, small coops available also helps minimize rooster squabbles. Or maybe you’ll have some of your birds roost on the barn roof at night like mine do.

No matter where they are, make sure each rooster has roosting space to enjoy at night with his hens. They will enjoy being together night and day.

Many rooster fights originate over a battle for resources. If you have multiple roosters, you may need multiple feeders and waterers too. You definitely want to keep an eye on your flock, and if there are meal time problems add some additional options.

You’ll want them to have plenty of food and water for their ladies. Roosters will eat whatever your hens are eating, so you won’t need to worry about separating food.

Roosters are roosters. And they make noise. Contrary to popular belief and many movies, roosters don’t just crow when the sun comes up.

They crow pretty much all day, or at least mine do. When a hen lays an egg? They crow. When they sense danger? They crow.

Roosters are loud. So if you have a backyard flock in the city, be sure to check out your town’s ordinances before introducing a male. They aren’t as easy to hide behind a privacy fence as hens are.

How to Pick a Rooster

There are so many breeds of chickens available, so you’ll have plenty of choices for your rooster. While there are breeds that are known for being more docile, each rooster will have a temperament all his own.

That means you can pick a docile breed and still end up with a mean rooster. Likewise, you can raise a rooster from an aggressive breed, and wind up with a sweet, docile boy.

So basically, there are no guarantees when buying a rooster when you buy one as a baby.

I’ve had the best luck with banty roosters. My Ameraucanas, Australorps, and Blue Andalusians were all aggressive. While Ameraucanas are typically aggressive, Australorps are supposed be more docile.

The banty roosters have been fine. So have all of our new cockerels since the initial banty, that are half banty.

There’s been a little fighting, typically when a new batch matures in the summer, and they establish a new pecking order. Thankfully, there’s been no aggression towards myself or my children with these smaller roos.

Since breed isn’t a reliable indicator of a rooster’s personality, here are some characteristics to watch for when buying a rooster that’s full-grown. Hopefully you’ll have a chance to see him in action at his current residence before purchasing.

Be careful buying roosters sight unseen unless you’re prepared for your new rooster to end up in the stew pot. Many people who get rid of their roosters are getting culling a problem bird. It’s not always the case, but is common enough that you should always be aware of it.

3 Ways to Introduce a Rooster to Your Flock

Over the years, I’ve introduced roosters to my flock in three different ways. They were all successful, but each had their pros and cons.

The easiest way to introduce a rooster to your flock is to do it before your flock is established. When you’re buying baby chicks for the first time, just add roosters to your order to maintain the proper hen to rooster ratio.

This is how I started off. I ordered my chicks, added a couple of cockerels to the order and raised them all together. They established their pecking order from the time they were small, and I didn’t have a problem with fighting.

The chickens and roosters knew each other. I didn’t have to worry about isolating new birds, or introducing illness. It was simple.

But, you really don’t know the temperament of roosters until they are bigger. The roosters I ordered as cockerels turned mean. They were a risk to the children, and those roosters are no longer on the farm.

2. Adding a Full-Grown Rooster to Your Hens

About the time I got rid of my other roosters, a friend of the family had given my mom a small flock of banty chickens that included two roosters.

At first, she kept her flock in her coop across the road, though the long-term goal was always for them to move over here to join my flock.

The new birds were kept them in their coop for three weeks. This isolation time allowed for illnesses to be displayed. The birds were healthy.

Whenever you introduce a new bird, it’s important to not just stick them into your flock and hope everything goes well. A quarantine period allows you to check for mites and disease. That way you don’t inadvertently expose all your chickens.

If you don’t have a separate coop, you can create a smaller coop inside your existing one with chicken wire. Or you can use a shed or barn on your property. It won’t be forever, so as long as the space is predator proof it’ll work.

For introducing a single rooster, you can also use a large dog crate. I did this when introducing a batch of chicks, and it worked well for the birds to get to know each other.

Just be sure to keep an eye on food and water in the isolation unit, and make sure you don’t let the birds get too cramped. 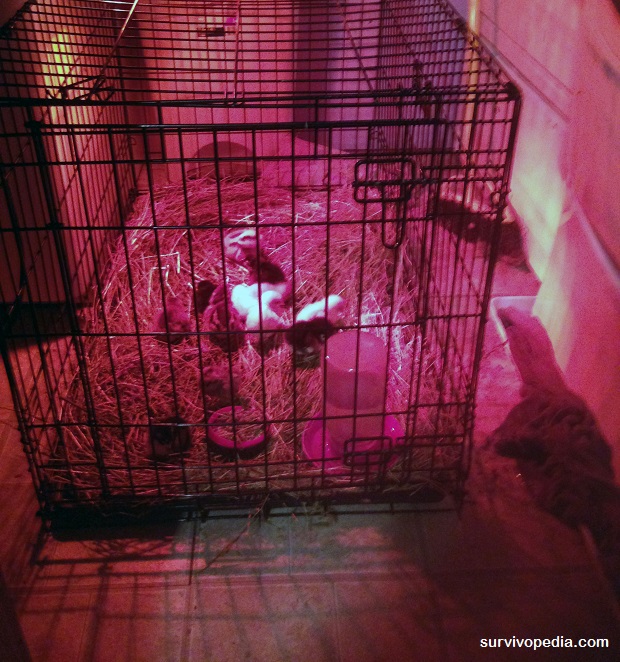 Start with Face to Face meetings in Large Spaces

Once you know your new rooster is healthy, you still don’t want to just add him directly to your flock. Give them time to get to know each other in a less territorial space.

My chickens and the new chickens free ranged together at my house. They had plenty of space, and at first both flocks stayed separate. They each foraged over a different section of land, and all went to their known coops at night.

After a few days of this distant meetings, the birds began to mingle. This mingling was repeated every day, and became more frequent.

Let the Rooster in at Night

I walked each bird across the street and into my coop. In the coop, I placed them on an extra roosting pole. That way they weren’t directly touching any of my existing flock.

By introducing the birds to sleeping together at night, the birds will be more likely to accept the new member. Then you can just let them all out in the morning.

Don’t Let Your Chickens Be Bored

Many problems with roosters arise when they’re bored. To solve this problem, provide your chickens with some activities they can do together.

Provide a spot for them to take dust baths. Toss out some grains and let them scratch. Give them your food scraps.

These things are simple, but will keep your chickens engaged and busy. They’ll be less likely to fight.

Know a Pecking Order Will Be Established

Even when you take precautions to introduce your new rooster, there will be changes in your flock. Each rooster will want his own girls, and there will be a new pecking order established.

There might be some squabbles while this occurs, but they should be minor. If you notice severe fighting, or injury, the rooster might not be a good fit for your flock. Slow down and go back to isolation at night.

Once my flock had its new pecking order figured out, one rooster took his hens to the barn to sleep at night.

Since they could get up high on the rafters, they were impossible for me to get back down and bring into the coop. So they still sleep there at night.

You might notice your chickens and roosters sleeping a little differently as well.

The final way that I’ve introduced new roosters into the flock is to have my hens do it for me. One benefit of having a rooster around is the fertile eggs. If you have a hen that will brood, you can have a self-sufficient flock.

When the chicks hatch, the mother hen will take care of flock introductions. By the time the hen leaves her chicks, they are grown enough to know their spot in the flock.

But, there will be a new pecking order established. I’ve seen the most problem as the new roosters begin to become interested in mating. They will always try to claim hens for himself.

In that process, he will almost always step on the toes of an established rooster. There’s a bit of squabbling, but the older roosters help the young ones learn their place.

The downside of this method is you can end up with too many roosters. So be prepared to cull some for the stew pot to keep there from being many problems. Then you’ll get both meat and eggs from your flock!

Adding a new rooster can take time. But, having one around can bring plenty of benefits to your flock.

A chicken flock is  as crucial for your homestead nowadays as it was for our grandparents in the past. Discover the secrets that helped them survive during harsh times.