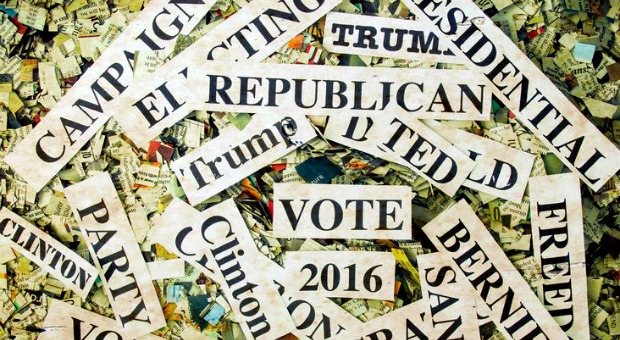 Fake News Is The Only News There Is

One of the things which was extremely clear in this election cycle, was the mainstream news media’s efforts to anoint and elect Hillary Clinton as the next president of the United States of America.

They did everything within their power to make that happen, including things that would have been considered unethical by the news reporters of a generation ago.

Specifically, the mainstream media worked overtime to portray Hillary in a positive light, mostly by hiding her many scandals from the public eye.

Elections and the Mass Media

The mainstream media did not make any accusations against her, such as saying that she wasn’t being transparent when she didn’t have a press conference for over 250 days, yet made the same accusation of Donald Trump, when he didn’t invite them to go out to eat a family-only dinner with him.

But then, that follows the rest of the way that they’ve treated both candidates. Throughout the campaign, they “worked overtime” to dig up dirt on Trump.

Anyone who is as wealthy and as public figure as Donald Trump has been, should have plenty of dirt to dig up. But they didn’t find much. Oh, there was the locker room tape and the false accusations of sexual harassment, which all went away. But other than that, there wasn’t much.

So being the liberals that they are, the media turned to name calling, as usual, applying labels to Trump. Of course, other liberals picked those names up and repeated them.

After Elections: Mass media and the Game of “Fake News Sites” List

Now that the election is over, at least some of the mainstream media wants us to think they’re “coming clean.”

They’ve even gone so far as to create a list of “fake news sites” which has been making its way around the internet. Of course, none of them are on it, and from taking a glance at it, I can just about guarantee you that their biggest conservative rivals are.

The thing is that in the liberal lexicon, if you don’t see things their way, you’re lying. It doesn’t matter that their way isn’t true; all that matters is that they agree that it’s right.

Just look at the whole global warming hoax. Anyone who doesn’t agree with it is now a “global warming denier,” to be ridiculed, maligned and even prosecuted for their disagreement.

That’s the way they handle everything. You either toe the line, telling the party’s story, or you’re an outsider to be destroyed by every verbal weapon they can come up with. But that’s it; they wouldn’t think of sullying their lily-white hands by daring to touch a real weapon.

But the fact of the matter is, there is a lot of fake news out there; and the main culprit in making it appear, is the same mainstream media outlets who are bemoaning and decrying its existence.

I say it’s their fault, because the lack of real news coming out of the big three and other ancillary news outlets is what has led to so many alternate news sites popping up all over the internet. Maybe if they had done their jobs right and reported the news, instead of being co-opted as liberal propaganda outlets, there wouldn’t have been such a market for alternate news sights.

There’s s second part of how the mainstream media is at fault in the fake news game, that is that they invented it. They’re the ones who have been pushing fake news at us, all throughout Obama’s presidency.

It is rare that any real news comes out of the big three anymore, as all they’re doing is passing out liberal editorials, disguised as news, hiding real news, especially if it makes Obama or Hillary look bad, and working overtime to distract the public with fluff stories about the Kardashians and other worthless “celebrities.”

This last one has become so common, that those of us who actually think about the news, and don’t just consume the false news that they give us have learned to look for the story they’re hiding under a rock, every time the news media blows up over some insignificant fluff story.

Tell me, can you remember even one news story during Obama’s reign, which was an actual investigative piece against the government? I can’t. That’s a truly amazing record, especially when you compare it to the vast number of such stories that came out during Bush’s presidency.

It has become manifestly clear that the mainstream media has been compromised, and as such, they are no longer fulfilling the job mandated to them by the founding fathers to protect our freedom.

So people like Andrew Breitbart (Breirbart Report), Matt Drudge (Drudge Report), and even Alex Jones (Infowars) decided that they had to do something about it.

While not every alternative news sight has been totally above board, many have. Even then, the needs of the public and of financing their operations may have had some negative effect on their objectivity.

The internet works by advertising; more specifically, by what are known as “click throughs.” This means that the various websites you and I might look to for news, get paid by the advertisers who take space on their pages. But they don’t get paid just for the space, they get paid when people reading those pages click on the advertising, taking them to the websites of the companies who own the advertisements.

Of course, the websites don’t get any money if nobody is on their website. So they took a page from the print media’s playbook and started coming up with headlines that would gather attention.

These headlines, called “click bait” may not tell you anything useful about the content of the article or video on that page; they’re not intended to, they’re intended to arouse your curiosity and get you to click on the link. Nothing more. Of course, the more scandalous sounding the headline, the more clicks on the article. Hence, marketing people work hard to come up with attractive sounding headlines.

Real news isn’t always all that exciting. Sometimes, they feel they have to spice it up a bit. Even to the end, the media was touting Hillary Clinton as the winner, to the point where Newsweek had already printed the covers for the next issue of their magazine, showing her having won the race to the White House.

But the plot thickens even more. An enterprising internet geek in California realized there was money to be made by creating false news and sending it out over the internet.

At the same time, being a liberal, he decided that he could provide a real public service, by discrediting conservative news sites. All he had to do was to create stores that were plausible enough and juicy enough to get conservative news sites to use them, creating links to his stories, which would give him the click-throughs to the advertising.

Needless to say, these juicy stories were passed around the internet. The target news sites didn’t do their due diligence, verifying that the stories were true, before publishing the links.

So, what was created as a phony story got sent out under the names of various conservative news sites, as being real. Then, because they were such juicy stories, they got shared on social media, by individual readers, who also forgot to do their due diligence and check the stories out.

I won’t excuse the people who didn’t check those stories. I always try to check things out, before passing it on. But I will say this, it has become harder and harder to check to see if something is true. The mass repetition of some of these stories gives them the appearance of being true, but that’s not the same.

Even the “fact checkers” have been proven to be false. They have no more authority than anyone else to say something is true; but have built themselves a reputation as such an authority. Perhaps if they had remained non-partisan they could have been. But they sold out to the liberals, siding with them, over telling the truth.

So now that the granddaddy of fake news has made his bundle, he’s begun to reproduce; whether he wanted to or not. There are now others, mostly overseas, who have picked up on how profitable the fake news business is. They, like their example, are busy writing all sorts of juicy sounding stories, with inflammatory headlines to send out over the internet.

If this surprises you, it shouldn’t. Some of these people are making $10,000 per month, just off of advertising, by creating these juicy stories for public consumption.

What does this mean for you and I? Basically, it means that we need to be even more careful about the news we accept and especially that which we pass on, then we ever were before. There are few outlets which we can truly trust, and even those which are still trustworthy may end up picking up one of these stories and passing it on, because it looks so good.

Take everything with a grain of salt… about a ten pound gain. If it’s real, it will have legs and keep going. If it’s not, then it will go away. While that may not give us the instant news through the internet that we’ve become accustomed to, it will at least keep us from being taken in by the lies.

Even more importantly, it will keep us from becoming part of the problem, by passing on the fake news as it is was real.