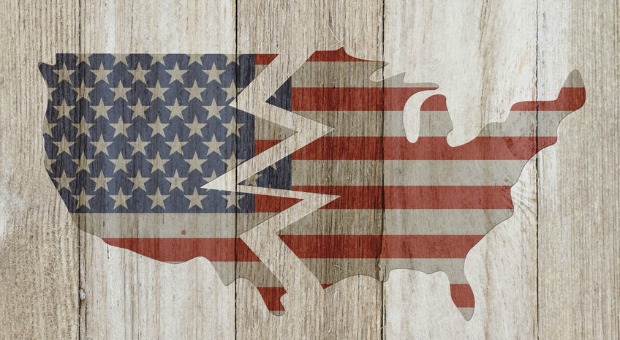 Is The Division In Our Society Permanent?

We’ve seen many troubling trends over the last eight years, as President Obama has worked to bring about his “fundamental change of America.” Most of those have had to do with remaking our country more liberal and more dependent on the central government, preparing for the eventual transition to complete socialism.

But that’s not the only area where he’s sought to change our country. Perhaps one of the most dangerous and most long-lasting areas of change that he’s fostered has been in creating division between different groups of people.

I hope that many of Obama’s initiatives will gradually disappear over the next year, washed away by Trump reversing Obama’s executive orders or Congress passing laws to undo the changes that Obama’s administration forced upon the American people.

So, sadly for Obama, much of his legacy is going to follow him right out the door.

Some Things Can’t Be Undone

There are things which won’t go away, no matter how much we wish they would. It will take a lot of work on Congress’ part to eliminate all the massive regulations that Obama has promulgated.

While some can just be eliminated by a short bill going through Congress, others will require more detailed work, as parts will need to either be left in place or replaced by something else.

I remember running a food bank 30 years ago and seeing the attitudes of some of the people, even back then. But what has changed is the way that the entitlement mentality has permeated society, especially the younger generation. Getting rid of that will be no easy task.

But the biggest part of Obama’s legacy will end up being the division that he’s caused in our society. He has single-handedly erased over 60 years of progress in racial relations, taking us back to the 1950’s. The problem now isn’t so much the stain that he created, but the fact that he’s leaving it behind.

Unity is always much harder to create than divisiveness and we have much more divisiveness now than we need. But rather than talking about bringing unity to the country, Obama is spending his last days helping to form more divisiveness. Nor do his followers want to seek unity.

Black Lives Matter and the New Black Panthers have already said that there’s no way they’re going to meet with President Elect Trump. They’d rather spend their time looking for new places to protest and new things to destroy.

They’re blaming their refusal on Trump, of course, citing his “racism” without any other reason than the left stream news media calling him that. But then, he’s a conservative white man, so according to the left’s definition, that automatically makes him racist, no matter what he does.

But that sort of attitude doesn’t solve anything. If it does anything, it helps ensure that racial division continues and problems aren’t solved.

Contrary to the popular opinion that Trump’s election to the presidency is some sort of a “whitelash,” most conservatives think little about race. They deal with people as individuals, not as members of a specific race. About the only time they even mention race is to describe someone, about like mentioning their hair color.

That’s not to say there is no racism in this country, because there is. There are people on all parts of the political spectrum who still haven’t gotten the word that we’re all part of the Human Race. They hate people with different colored skin, just for their skin color, just like some black people hate white people for theirs.

But, those people are in the minority. While they still exist, there are not enough of them to make a major impact on our society. The media has blow the few that do exist out of proportion, turning them into the “Boogeyman” for colored people and other minorities. They’ve labeled the incoming president with this label too, causing people to turn against him, without even giving him a chance.

So Where Is This Taking Us?

Can we get back to a more unified front or is the United States destined to remain divided? That answer really doesn’t lie with you and I; nor does it even lie with the incoming president.

You see, there are those who want division in our society. It’s really an old military strategy; divide and conquer. They are dividing us so that they can conquer each little portion of American society, one at a time.

That also explains why there is so much emphasis to vilify white conservative males. In doing so, they are attacking what has historically been the strongest part of our society; the one that brings prosperity and change to our culture.

Manhood is under attack from all sides, most especially from Hollywood. It is no longer “chic” to be a man or even be masculine. In fact, men are told by a million subtle messages that they are supposed to be useless wimps. Then, liberals are working overtime to show how those useless wimps are the root of every problem in society.

Make no mistake about it; this is an all-out attack from the left. They want to destroy white men, so that there is nobody left with the strength and authority to protect society. Then they can easily pick off the rest of the groups we have in our mixed society. Ultimately, they can destroy every group, turning them into nothing more than leeches, dependent upon the nanny state and the central government for everything they need.

But it’s all based upon keeping society in division. If they can’t do that, they can’t gain the control they want. It is quite literally the key to their remaking the world into their image. Obama wasn’t causing division just to create division, but rather was doing so as part of a larger plan.

As long as there are people who want to control the world, or change it over to their own image of the world, there will be reason for them to keep us, the people of the United States of America divided.

Not everyone sees this or even wants to see it. Many don’t have a large enough vision to even try to see it. They are wrapped up in their own lives and their own concerns, which is enough for them. But those concerns are often created by others, such as the lamestream media, and can work to help further the division. But it keeps them so occupied that they can’t be part of the solution.

The only way we’re going to take a step back from divisiveness and work our way back to unity is if we, the common people, stop listening to the voices calling for division. But that takes people on both sides of the issue to stop. It takes two sides to make peace, but only one side to make a war.

Donald Trump has said that he wants to be a president for all Americans. I believe him for now. He got to be president without taking money from big donors who would try to get something in return. What he didn’t finance himself in his campaign, came from common people, giving small gifts.

That’s a unique opportunity, as it is probably the only time in our lifetime that we’ll see a president in office, who isn’t beholden to big money. He’s shown that he’s willing to listen to any side of an issue and willing to work together with people who are not of his party. That’s something rare in today’s political climate.

So, as far as he’s concerned, there is hope. Now what we need is enough others to hop on board and come into agreement with working for the good of the country, rather than just the good of their own special interest group.