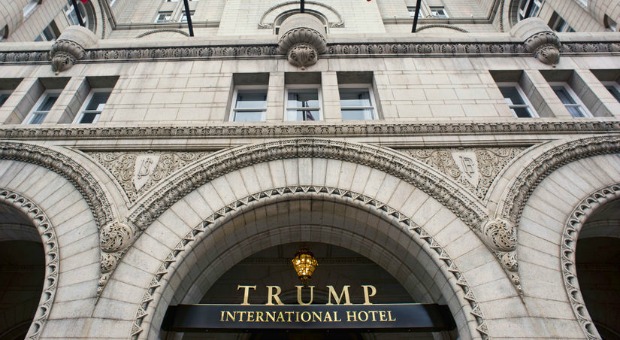 Conflicts of Interest. Is This Real?

Unsurprisingly, the left’s attacks on President-elect Trump haven’t stopped or even slowed down. In their never-ending search for justice, they have taken upon themselves the burden of finding fault with everything he does and even things he doesn’t do. In that regard, they are glad to assume the worst of our incoming president and accuse him of things, before he has a chance of doing them.

While most of those attacks mean nothing, there is one attack that is of interest and perhaps even concern. That is, the potential of there being a conflict of interest between Trump’s presidency and his many business holdings.

If nothing else, that’s keeping liberals busy, especially liberals in the media. They’re spending so much time slamming Trump for made-up news, that they aren’t able to do anything effective against him.

Perhaps if they keep that up throughout his presidency, the Republican Party can actually get something done. That would be a real change for Washington.

Trump the Businessman vs. Trump the President

Trump’s presidency is unique in this, in that he’s spent his life as a businessman, rather than spending it living a life of high-class welfare, otherwise known as politics.

It seems to be fairly common knowledge that politicians pass out political favors to their donors, most of whom are businessmen of one sort or another. Yet, while that is disgusting to the average American, it’s not considered a conflict of interest.

Apparently it’s not even considered that when it is taken to the extreme that Bill and Hillary Clinton have, using their own non-profit corporation and its overseas subsidiaries as a means of funneling money into their pockets in exchange for political favors. Even so, the same people who willingly turn a blind eye to the immoral activities of the Clintons, are hot on the trail of anything they can find, which they can use to claim a conflict of interest in Trump’s case.

I’ve got to say, with a worldwide corporation, his connections to foreign governments, as well as his connections to various banks, it would seem that there is ample opportunity for there to be such a conflict. Most disturbingly, there could be a conflict of interest between Trump’s relationship with a foreign government and his responsibilities as President of the United States.

The simple solution, of course, is for Trump to either divest himself of his business interests or to keep his hands off of them, perhaps by putting them in some sort of blind trust. He’s working on that, even as we speak; or rather, his lawyers are; but with so much money at stake, that’s not something that can be done overnight.

It has to be costing Trump and his family to be making the moves they are. Trump has already stated that he isn’t going to accept his salary as president. But now it’s costing him more than that, just to try and eliminate any potential conflict between his presidency and his business. Yet, he is paying that price as well, in addition to the millions of dollars of his own money which he spent during the campaign.

The Sticky Ball of Wax

In a way, it’s surprising that this is even an issue. The Founding Fathers never intended for the United States to have a permanent ruling class, as we have today. Their vision, which has been passed on to us rather clearly, was for citizen legislators, who would leave their farms and businesses for the business of government, and return to them when their work in Washington was over.

I have to wonder what George Washington or John Adams would think of the stink being made of Trump’s business holdings. I think that rather than being concerned about Trump taking advantage of his position to enrich himself, they’d be glad that a citizen of such outstanding stature would be willing to leave his business interests, in order to serve the country, just as they had done.

None of the founding fathers gave up their plantations or businesses in order to serve in Washington. Perhaps that wasn’t as much of an issue back then, when the federal government was small and didn’t have its tentacles in every pie that it could find. There was no conflict, because the government didn’t meddle with farming or with business. Instead, when they served in office, they limited themselves to the powers that the Constitution gave them.

Yet, even with all that Trump and his family is doing to ensure that they keep everything above board, Democrats are salivating at the opportunity to hit him with a conflict of interest charge. Specifically, they’re planning on saying that he has enriched himself off of foreign governments.

This merely shows what a sticky ball of wax Trump has fallen into. Current laws weren’t written with the idea of citizen legislators, simply because the country has moved from that into a permanent political class. While that isn’t in line with the intent of the Founding Fathers, it is the situation that we, and most especially Donald Trump, find ourselves in.

But then, we can say “so what” to those accusations. If Trump makes a profit, it will be because the things he is doing are good for the country as a whole, not just for himself. I’m sure that if he tries to use his office to further his business dealings, the Democrats won’t have to impeach him… the Republicans will do it  for them. So, there will be plenty of eyes on Trump, to make sure that he stays above board.

Besides, how do the Democrats think they’re going to succeed in impeaching Donald Trump? There have been cries of “impeachment” for Obama for the last six years. Yet he made it to the end of his second term, without being impeached. Why? Because the Republicans never held enough seats in the Senate to ensure success. They would have had to have the assistance of about a dozen Democrats, and the Democrats are too good at marching in lockstep to allow the impeachment of “their” president.

Likewise, the Democrats would have to have the help of a similar number of Republicans. I seriously doubt that’s going to happen, even though Trump has plenty of enemies in Congress. Allowing an impeachment of Trump to go forward would be akin to conceding the election to Hillary, even after she lost.

Cooperating with the Democrats on this would be to say that they were right all along. It would also be an admission that their party is out of control and needs to be reigned in, reigned in by the Democrats.

While there are plenty of RINOs in Congress, I think that this is a line that even they won’t cross. Doing so in the current political climate would be political suicide. They could start looking for a house somewhere outside of Washington, because the voters would remove them as quick as they could.

Ultimately, it’s the voters, We the People, who hold power in this country. We proved that in November, voting in a man to be president, who the entire Washington establishment, including the media, opposed. For the first time in living memory, we rose up and took our place as the true owners of this country. As such, we sent a clear message to Washington, that we are fed up with their shenanigans.

Granted, they haven’t all gotten that message yet, but it was sent. The more astute of them have gotten the message, loud and clear. As for the rest, I believe that given enough time, they’ll get it too. If not, we’ll just have to make the message a little more direct and a little more personal.

After all, we’ve learned our lesson too. We know how to send that message.