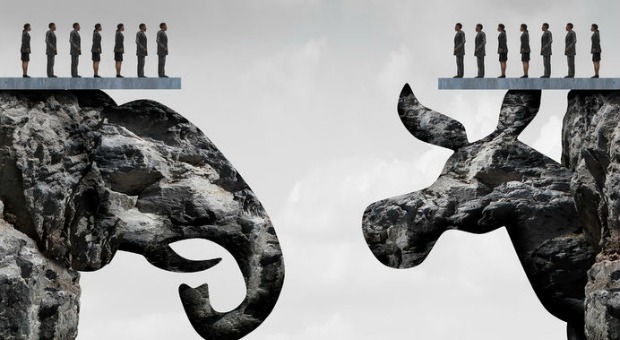 It’s been over a month since the several states of this Union held their general elections, choosing billionaire businessman Donald Trump to be the 45th President of the United States.

His transition team is working hard and he’s ahead of the curve in selecting his cabinet and all the other political appointees who the sitting president gets to select, creating the team he will govern through.

Looking at the people he’s selecting, it’s clear that he’s thinking like a businessman and not like a politician.

Of course, that, along with everything else that Trump does, is angering those on the left. But then, about the only way he wouldn’t be angering them, would be to pick his cabinet from a panel of all Democrat politicians.

Only then could they expect to retain some measure of control in the new administration.

Rather than regroup and try to find a way to make the best of the situation, the Democrat party seems to be in total meltdown. They, along with their followers, refuse to accept their loss and are unable to get a grasp of how to go forward.

On one hand, this shouldn’t be all that surprising. For the last eight years, they’ve been moving towards their liberal utopia. But now they find themselves in the minority, losing the presidency and not regaining control of either house of Congress. To put the icing on that cake, they continue to lose control in state governments as well.

To a truly unbiased political outsider, looking in, it’s clear that the country has rejected the progressive liberal agenda. Perhaps this was in part due to how quickly Obama was shoving it down the nation’s collective throats. The more he has pushed over the last eight years, the more the people have rejected him and his agenda.

We can see this in how the Democrats lost first the House of Representatives, then the Senate and finally the Presidency.

Those on the political left can’t see that. Like a collection of Soviet ideologies of the defunct Soviet Union, gathering to discuss the writings of Marx and Lenin and wanting to prove their own political purity to each other, our modern progressive liberals are convinced of the veracity of their beliefs.

They are unable to see the possibility that others might reject those beliefs in the face of objective reality.

There is a religious overtone to much of the left’s beliefs, which is actually rather funny, when you consider that they reject religion, especially Christianity, at its root. Yet, like followers of some East-Indian guru, they accept the party’s ideology, without question.

Part of that is being convinced of their own superiority. To hear them speak of it, they are better, smarter and better looking than anyone else, giving them the natural right to rule. They also believe that they are in the majority, because their voice is the only one that is heard. But the truth is that they just have big mouths. According to a study by pew research, conservatives outnumber liberals.

The thing is, the left thinks that they are the majority of Americans simply because they are the only ones who are heard. Between being noisier than those on the right and having control of the mainstream media, the left has the ability to make it appear as if they are the only voice out there. But they’re not; the election proved that.

By kicking out the progressive political control of our country, we, the American people, sent a strong message to Washington.

Of course, for that message to do anything, it has to be heard, and that’s where the Democrats are having a problem. They are so convinced of their own right-ness, that they aren’t listening. They are floundering around, a month after the election, still trying to find something to blame their loss on.

That’s why we keep seeing all these crazy stories about Hillary winning the popular election, Jill Stein demanding a recount, Trump being elected as being some sort of “whitelash” against Obama, “fake news” and now, Russia hacking into the election system and stealing the election from Hillary.

Forget about objective fact, they’re grasping at straws. If they can’t be the ones who are wrong, then there must be someone else they can blame their loss on.

Nancy Pelosi herself, said that the Democrat Party didn’t see any need to change. That’s clear, because they just renamed her to another term as the Minority Leader of the House of Representatives. Why change what’s working, especially when it’s… uh… not working.

But this cloud of inability to face reality may have a silver lining for those of us who are not part of the liberal camp. If they can’t see their own problems, there’s little chance that they’re going to figure out how to fix them. With that being the case, we don’t have to worry much about a Democrat resurgence anytime soon.

Now, I have to say that the Democrats aren’t the only ones who suffer from this problem; I’ve seen it in the Republican camp as well. For years, Republicans have nominated RINO candidates, with total confidence that their conservative voter base would vote for that candidate, as a vote against the Democrat nominee. But they did that willingly and knowingly, not due to blindly following an ideology that was taking them down a road to destruction.

Are We Seeing the End of the Democrat Party?

All the things I’ve mentioned before brings us to the question of whether we are seeing the end of the Democrat Party. While there are many who would like the answer to that question to be a resounding “Yes,” I’ll have to disagree.

While the Democrats are in the minority today, they are far from defeated. They can and will come back.

Part of that will be because of the American people and how society has changed over the last few decades. The entitlement mentality of today plays very well into the Democrats hands. With the vast number of people who are sitting on their backsides with their hands out, the Democrats will always have a strong voting bloc who will vote for them, no matter what.

There are too many people who count on government handouts to survive, who will vote Democrats just to get those handouts.

Another part is the short political memory of the American public. Right now, Republicans and even conservatives are crowing because Trump won. But the high emotional energy which carried Trump to victory won’t last. It will dissipate long before the next election, leaving a vacuum that will give the Democrats another opportunity.

That is, it will give the Democrats an opportunity if they can put together a strategy for dealing with Trump as President and both houses of Congress in Republican hands. Right now, they’re too busy looking for safe spaces to do much of anything. But that will probably end, eventually.

In the mean time, they have absolutely no idea of how to deal with their loss. Democrat politicians aren’t walking in lockstep, because nobody is calling the cadence. Individual politicians on talk shows are disagreeing with each other, because there is no common plan coming down from above. Their disorganization offers a great opportunity to the Republican Party, especially in the opening days of Trump’s presidency.

Actually, the longer that Democrats remain disorganized and without a strategy, the better for Trump. Especially for his critical first 100 days in office, that disorganization is an important part of Trump’s potential for success. After that, who knows?

Unlike the Republicans, the Democrats don’t have a strong bench of leaders, sitting on the sidelines, waiting to be called into the game. At the moment, the only potential contenders for the 2020 election that they have are Joe Biden and Hillary Clinton. Neither of them look like very strong candidates to me.

In the meantime, there’s a lot to do. Liberals have done much damage to our country; its’ time to undo as much of that as possible. While that will probably take more than eight years, we’ve got to start. It will be interesting to see how the country changes over the next eight years.

Maybe we’ll even be able to reinstill some conservative values back into society. A good start on that would be for those of us who have been hiding in the woodwork to come out and make our voices heard. Yes, I know that’s against our character, but we just did it with the election. All we have to do is keep doing what we’ve already done.

Yes, the liberals will badmouth us and call us every name in the book. That’s what they do. But you know, those names can only hurt you, if you care what they say. I only care what people who are important to me say about me, so liberals can call me anything they want, and it doesn’t bother me a lick.

So get out your soapbox and tell people what you think.