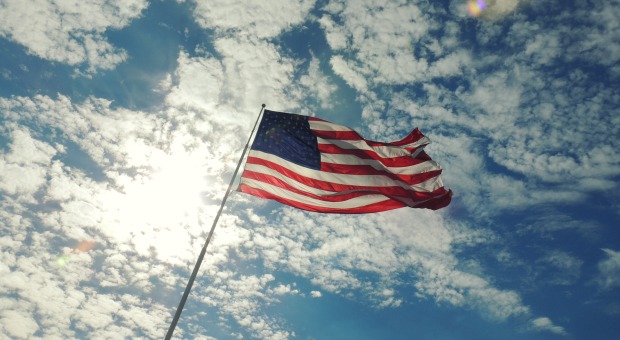 Making The Most Of The Next Four Years

Obama’s presidency has been one of change. He campaigned on a platform of “hope and change,” promising to “fundamentally change” America.

At this point in time, it looks like he succeeded. America is a much different country than it was eight years ago, having been pushed much farther to the left than ever before.

In looking at that, we have to realize that this is what liberals do. Throughout history, they have constantly pushed for change, moving whatever country farther and farther from their founding roots. So, what they’re doing here is nothing new; it’s merely following their modus operandi.

The problem is that liberalism and conservatism are tied together by a rope that’s about 20 years long. The ideas and positions that were considered to be liberal 20 years ago, are now considered to be conservative. Forget about the conservatism of our grandparents’ time; the best we can usually hope for is something that’s not all out offensive in its liberal zeal.

Rarely do conservatives gain ground, returning things to the ways of the past. That’s not to say that it can’t happen, or that it never happens. But the instances of it happening are far outnumbered by those in which liberal gains are held forevermore.

The last time there were any true conservative gains was during the presidency of Ronald Reagan. The Gipper succeeded in showing the country the value of conservative values, and managed to turn the country back that way. We may be at a place in time where that can happen again, but it’s too soon to tell if Donald Trump has the skills and convictions to make that happen.

While a lot depends on Trump’s leadership skills, that’s not the only factor in making change happen.

A lot of Trump’s success in the election can be directly attributed to Obama’s overreach and extreme liberalism. He pushed too far, too fast, and broke every rule in the book to do so.

Ultimately, that caused the silent majority (which is conservative) to rise up in this election and throw off the burdensome yoke of progressive-liberal oppression.

If there’s any mandate that came out of this presidential election, it’s to undo the damage that Obama has done to our country. The silent majority is looking for a return to our country’s founding principles and they are expecting the President-elect to do something about that.

But that liberal oppression is not over. One of the biggest obstacles that President-elect Trump has in accomplishing any sort of conservative reform is that the mainstream news media is strongly liberal.

They actually came out of the closet with their convictions this election, declaring themselves strongly in Clinton’s camp. In doing this, they totally left journalistic objectivity behind, taking a stand against Trump that isn’t likely to go away.

As liberals, the media is working right out of the liberal playbook, using name calling and false rumors as their tools of mass destruction. We’ve seen them doing it constantly throughout the presidential campaign, and now we’re seeing them use it in a feeble attempt to discredit everyone who Trump is looking at appointing to his administration.

We can expect them to be against Trump and his supporters, no matter what they do. They will continue to use political correctness and name calling to silence anyone who shares a conservative message, expecting the same success in silencing dissident voices that they’ve had before.

So, in order to stand up against political correctness and return to anything that even resembles conservative values, one has to expect the ridicule, name calling and abuse of the media.

He wasn’t saying “ouch, you hurt me,” he was showing the nation what the media was doing, in an effort to open people’s eyes to the truth.

Granted, there’s no way that he’s going to open the eyes of hard-core liberals; they’re not going to listen. But he obviously opened enough eyes of moderates to swing the election in his favor. And the real beauty of that, is that he used the very same media outlets that were against him to win.

But do we have the necessary intestinal fortitude to stand up to a liberal onslaught?

President-elect Trump can’t do it all on his own. Many of the changes that have to happen in this country will need to happen on a grass roots level. That’s going to take the efforts of you and I. It can’t be dictated from Washington.

When the left wants to create a “grass roots movement” (intentionally in quotes, because it really isn’t), they get the media to announce it. That way, people on the left know what to do and say. They just follow the liberal talking points and do what their masters tell them to do.

But when the right wants to bring about change, we can’t count on the media’s help. They won’t announce it for us, unless it is in negative terms. We have to be ready for that.

Don’t think that this difference is insurmountable; we just did it. Trump’s election to the presidency was a true grass roots movement.

All we need to do, is take that resolve outside of the election process and use it on a daily basis. We need to stand up for the things that we believe to be right, and be willing to accept the ridicule of everyone on the left, when it comes.

Let me give you a simple example. One of the many changes that the left has been pushing has been the war against Christmas. They have decided to steal Christmas from the Christians, intentionally ignoring that it started out as a Christian holiday.

So, rather than wishing people a “Merry Christmas” the left is saying that we should go with a more diverse and culturally sensitive “Happy Holidays.” They’ve been pushing that message for a few years now.

Part of the basis for their argument is that there are a number of religions which have holidays around Christmastime, especially Hanukkah and Kwanza. Okay, that’s fine. But while there are those who celebrate those holidays, they have not risen to the stature of being as widely celebrated as the Christmas holiday is.

So, the left’s answer is that they want to steal Christmas from Christians and co-opt it as their own. Since they don’t want to celebrate it as a religious holiday, they are convinced that nobody else should have that right either. Hence, the politically correct dictate of saying “happy holidays.”

How do you deal with that? Do you cave in to the liberal demands, or do you stand your ground?

As far as I’m concerned, Christmas is Christmas, and it will continue to be, even if they make the holiday illegal. I will continue to wish people a Merry Christmas, because that’s part of who I am and what I believe. Anything less would be denying my heritage, my beliefs and even my culture.

Now let’s apply that across the board. There are many other ways that the left is trying to dictate our speech and attitudes, most especially through political correctness. Every time we say something that doesn’t agree with their ideas, they dig out the name calling script and start throwing names our way.

Many conservatives simply shut up and put up. But when we do, we are giving in to them. We are allowing them to control the narrative and their ideas to be spread around society. We must stop that, speak our mind and make our stand clear. Otherwise, we and our beliefs, will continue to be marginalized by the noisier elements of society.

Trump’s election has given us a rare opportunity; the opportunity to turn our country around and at least start the process of returning to the founding principles of our country. But to do so, we’re all going to have to participate in the process.

We can’t sit quietly on the sidelines any longer. We must stand up, speak up and let the nation know that we are here. We must begin to take back some of the ground that has been stolen from us. We can’t afford to go back to being nothing more than the silent majority.

Liberals and conservatives both tend to live in echo chambers, only listening to those who agree with them. We must break that pattern. You and I must make our voice heard, so that no matter how hard they try to stay in their “safe spaces,” they’ll still hear what we are saying.

Don’t worry, I can all but guarantee you that they’ll repeat it, even if it’s only to tell other liberals how horrible we are.

Please don’t take this as a license to stoop as low as the liberals do. We don’t need to engage in name calling to make our point. We don’t need the KKK or other supremacy groups carrying any message for us.

What we need, is for mainstream America to be heard.