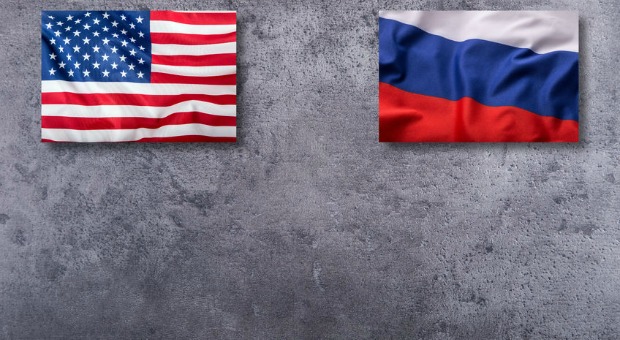 A New Era In Foreign Relations

The ending of Obama’s presidency and the beginning of Trump’s will be a dividing line for many things in our country and her politics.

With Trump at the helm, we can expect to see many changes, some of which will steer our country back towards its foundation as a Constitutional Republic, I hope.

As per usual, the Democrats have been attacking that, based upon their belief that the Constitution is a living document that should be rewritten to satisfy the whims of every generation, more specifically, the whims of whichever special interest groups the liberals are supporting in that generation.

Another area where we can expect to see massive changes is in foreign relations. Everyone knows that Obama’s foreign policy was disastrous, causing the rise of ISIS as well as Russia’s current preeminence on the world stage.

The World Needs a Strong America

The world needs a strong America as the guardian of freedom and self-determination, and we haven’t had that for the last eight years.

Not only has Obama’s administration failed to provide strong leadership on the world’s stage, they have weakened our military, as most Democrat administrations do. Without the deterrent of American military power, we end up with adventurers who want to reshape the world to their own likeness.

Obama’s parting shot at Israel is perhaps the most telling of all. Ever since the recreation of the nation of Israel, in 1948, the United States of America has supported and defended the small nation. While we have not actually done so militarily, we have defended them in the United Nations, where they have come under constant attack.

Yet now, rather than block a UN Security Council Resolution against Israel, as we’ve done many times in the past, the United States abstained, allowing the resolution to go through. Not only did we abstain, but there are reports that the Obama administration actually helped create the resolution in the first place.

In other words, as a nation we have turned out back on Israel, a long-time ally, as well as the only democracy and the only non-Muslim country in the Middle East.

It’s necessary to note here that this was a unilateral move by Obama’s administration, without the backing of Congress. In fact, Congress has already drafted a bill to condemn the resolution and to cut funding from the United Nations if it is not withdrawn, an action which I’d say is long overdue.

This goes for both enemies and friends. During the campaign, Trump reminded the European Union of their responsibility in NATO, stating unequivocally that the U.S. government expects them to hold up their part of the bargain. This is probably a first, as Europe has depended heavily on U.S. protection, ever since World War II.

Some world leaders have already reached out to Trump, indicating a willingness to work with him. Most notably, Israel’s Prime Minister, Benjamin Netanyahu and Russia’s President Vladimir Putin have extended the hand of friendship. However, not all of the world’s leaders are happy with his ascension to the office of President, as North Korea’s Supreme Leader, Kim Jong-un has made clear.

Democrats have complained extensively about Trump’s lack of foreign policy experience, especially during the campaign, when they were trying to use that as a talking point in favor of Hillary.

But the truth of the matter is that nobody has experience in diplomacy at that level, until they are thrust into it. Barack Obama surely didn’t, nor did his predecessor. Foreign policy at the presidential level is something that has to be learned on the job.

I think Trump has a slight advantage there over most politicians, simply because he has had business dealings all around the world. So, while he may not be used to negotiating a peace treaty with a foreign power or in using the military to support America’s stand on a particular issue, he is used to international business negotiations. That plays in his favor, I’d say.

So Putin has extended a hand of friendship towards America and Trump has responded in kind. That seems to be quite different than Putin’s attitude towards Hillary Clinton, who he said would cause a nuclear war. Better peace than that, I am sure.

Yet for some reason, liberals, who are supposed to be the ones who avoid war and want peace, are upset that Trump is willing to talk to Russia and even work together with them towards solving the world’s problems. Forgive me if I’m wrong, but isn’t that what we’re supposed to do? Aren’t we, as the free world’s leaders, supposed to foster relationships with other countries and work together for the betterment of all mankind?

How is it that people who applauded Obama’s initiative to reach out to Cuba are demonizing Trump for his initiative to reach out to Russia? Cuba is still a communist country, while Russia seem to embrace democracy. Doesn’t that alone mean that we should form an alliance with them? No, we don’t have to agree with everything they do; nor do we have to trust them fully; but we should be willing to work with them towards making the world a better place.

Trump has made it clear that he’s willing to do that; and I, for one, applaud him for that.

One way that a new relationship with Russia could be proven is in the case of Syria. Russia has backed President Assad, even though there have been reports of them pressuring him to resign and turn the county over to others. But Assad and the U.S. haven’t seen eye to eye. How Russia handles that, especially as part of the larger job of dealing with ISIS, could be a very good indication of how our two countries can work together.

And ISIS is truly the big issue. Just as NAZI Germany was the big threat to the world, almost a century ago, extremist Muslim aggression is today. While ISIS isn’t the only group of Muslim extremists out there, they have grown to be the biggest. As such, they are the number one threat that the United States and Russia need to deal with. How we deal with them is something that has yet to be determined.

While I am not looking forward to the idea of sending Americans to fight another war in the Middle East, I think it might be necessary.

Unless the world is willing to accept the killing of large numbers of Muslim non-combatants as a cost of doing war, someone is going to have to send in troops to defeat ISIS. It can’t be done from the air. While there are various groups in the Middle East who are fighting against them, they aren’t enough. A larger military presence is needed.

The real question is, what part will the U.S. play in that? Will we be forced to put boots on the ground once again, or can we win this war without taking that step? Regardless of what anyone says, wars are not won by navies and air forces, they are won by the infantry. Everyone else just supports the soldier on the ground, with a rifle in his hand.

Trump supports our military, so I hope he’ll be working to strengthen it and quit using it as a sociological experiment. Even so, it will take years to fix the damage that has been done to it. Sending out troops off to war right now, in the condition that they are in, would mean a higher casualty rate than we’ve seen for quite some time.

All in all, I think we can expect America to regain our place in world leadership. I think we can also expect some people to resent that, complain about that, and even fight against it.

But when push comes to shove, the U.S. economy is the strongest in the world and the U.S. military is as well. That’s a pair that’s hard to beat.