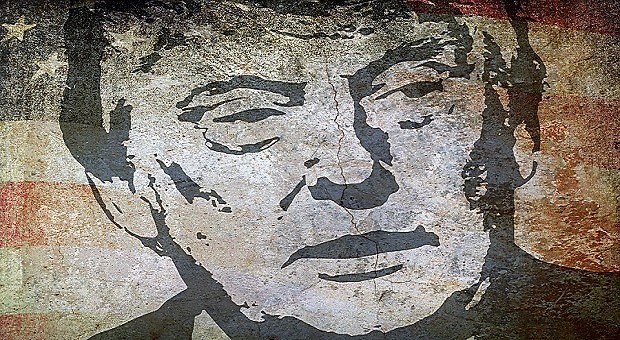 When The Courts Run Amok

President Trump is barely three weeks in office, but he’s already having problems with the government.

That’s not too surprising, when you consider that there are more liberal Democrats working in our country’s government than there are Republicans or conservatives. There’s just something about being able to push others around and tell them what to do, that seems to attract the liberal mindset.

As we all know, the Democrat party has been in meltdown since the elections, including Democrats working in the government. They can’t understand or accept how their candidate lost, so are constantly trying to find ways to “delegitimize” Trump’s victory. When they can’t do that, they’re trying to get in his way. As Elizabeth Warren put it, the Democrat Party has become “the party of opposition.”

This has been extremely clear in the way that Democrats have approached the confirmation hearings for Trump’s cabinet choices. Since they know they can’t stop any of them from being confirmed by the Republican majority, they have decided to make sure that the process is as slow as possible, wasting as much time as they can in the hearings and in debate on the Senate floor.

Why waste time having a hissy fit, when it won’t do any good? If you’re going to have a temper tantrum, by any description, do it when you have a chance of gaining something; not just a chance of looking juvenile.

But the opposition to Trump’s cabinet picks are nothing compared to the opposition to his supposed “Muslim travel ban.” One of the executive orders that Trump signed, was an order to institute Title 8, USC 1182 in regards to seven Middle-eastern countries.

This law, which has been on the books since 1952, gives sweeping authority to the president to block visas for any group of people whose entry he deems would be “detrimental to the interests of the United States. The same statute places no time limits or other requirements on the president, allowing him full latitude in this regard.

That seems rather simple to me, as a law-abiding citizen. But apparently it’s not so simple to everyone, especially to those on the left. Sadly, some of them sit on our courts and have decided to use the power of their position to thwart Trump’s efforts to protect America and American interests.

Trump and the Supreme Court

The problem is that the courts have been changing over the last 45 years. Ever since Roe vs. Wade, in 1973, we’ve seen more and more legislating being done from the judicial bench. This is in direct contrast to the purpose of the judiciary, as stated in the Constitution. According to the separation of powers established by the Founding Fathers, the judiciary is only to interpret the law, not create the law.

But this inconvenient clause in the Constitution doesn’t fit the left’s agenda. They need some method of forcing their will upon the people, when they can’t get a law passed in Congress. They’ve chosen the courts as a means to do this. Hence, Democrats have developed the idea that the courts are supposed to “correct” mistakes made by the legislative branch. In other words, they are supposed to change the law to match their political ideology, rather than uphold the law as it is written.

This has been an extremely dangerous stance for the judiciary to take, and is the impetus behind the Supreme Court ruling last year that gays and lesbians have a right to marry, even in states which have passed laws disallowing same sex marriages. In that case, the Supreme Court clearly overstepped their bounds.

While it’s a moot point right now, this is one of the major reasons why it was so important that Donald Trump win the election last November. Had Hillary Clinton won, she would have put in a liberal justice to replace Antonin Scalia, tipping the balance in the Supreme Court to being clearly liberal.

With the high possibility of appointing another Supreme Court Justice over the next few years, the composition of the high court would have been strongly liberal for the next couple of decades; perhaps even longer.

The current case is just another instance of the left misusing the courts to get their way. Donald Trump signed a perfectly legal executive order, based upon existing law. He was not the first to use that law, but this is the first time it has been challenged. In fact, all six of his predecessors have used the same law, without challenge. Clearly, there’s something more to this challenge, than a belief that the law itself is unconstitutional.

So the left took him to court, winning a stay in the execution of his order. That was appealed, but the appeal went to the Ninth Circuit Court of Appeals, located in San Francisco. That alone should tell us the kind of justices which populate that court; but in case you’re unsure, 87% of that court’s decisions which go to the Supreme Court are overturned.

Neither the original court order or the opinion written by the circuit court address the law which Trump’s executive order was based upon. Rather, they talk about such things as financial hardship to the people who wouldn’t be able to come to the U.S. and Trump’s rhetoric on the campaign trail.

Apparently, his saying that he wanted to keep unvetted Muslims out of the country until a better system of vetting could be developed, is enough for the justices on the Ninth Circuit Court to read his mind and decide that his executive order was racist.

Trump was operating on intelligence created by Obama’s administration. The court said that the government didn’t sufficiently prove that there was any risk from those countries, but there have been over 60 immigrants arrested from those countries, who were involved in plotting terrorist activities. How much more proof do they need?

But then, I think this isn’t about upholding the law, it’s about fighting against Donald Trump. Apparently, Hillary Clinton isn’t the only one who thinks she’s above the law; but the law only applies to the little people and to Republicans, not to Dems.

I have to say, this is part of the very action that the Founding Fathers wrote the Constitution to avoid. Their idea of separation of powers was developed with the idea of preventing tyranny in our country. Yet, what we are seeing come out of the courts now, especially in regards to modifying the law, rather than interpreting it, clearly meets the dictionary definition of tyranny: “cruel, unreasonable, or arbitrary use of power or control.” While it’s not cruel, it sure is unreasonable and arbitrary.

This is part of what Trump meant, when he started talking about draining the swamp. This type of misuse of power is what mainstream America is tired of. When government workers abuse their power, it is always the people who get hurt; and it really doesn’t matter if those government workers are bureaucrats, politicians, or justices of the law.

There is only one right answer for the Supreme Court to take, if they are going to follow the law. That’s to uphold Trump’s travel ban. If they don’t, they are saying that the Office of the President doesn’t have the power to regulate entry into the United States, even though there are laws on the books that say he does.

But this could go much farther than that. To declare that the president doesn’t have that power, would require that they vote against their earlier rulings during the Obama era. That would have to make every executive order or action that Obama took about immigration illegal. You can’t have it both ways.

Of course, the Democrats would like to have it both ways. In their minds, Obama’s actions were legal and Trumps’ aren’t. But that’s liberal logic; it changes with the winds, to accomplish anything they want. Fortunately, the whole country isn’t run by those liberals.

What’s In It for the American People

The ideal outcome, for the American people, would be for this case to become a catalyst for reigning in the power of the judiciary. But that would require the Supreme Court taking action that would limit their own power, something that they might not be willing to do. Perhaps after another couple of conservative justices are appointed to the high bench that can happen, but I wouldn’t hold my breath.

Nevertheless, cleaning up the judiciary, just like cleaning up Congress and the Executive Branch is necessary to clear the swamp.

The Founding Fathers envisioned a government that was truly for the people; not one that is for those who are governing.

It’s going to take a lot of work to get back to that point; and Trump is going to need every bit of support he can get.