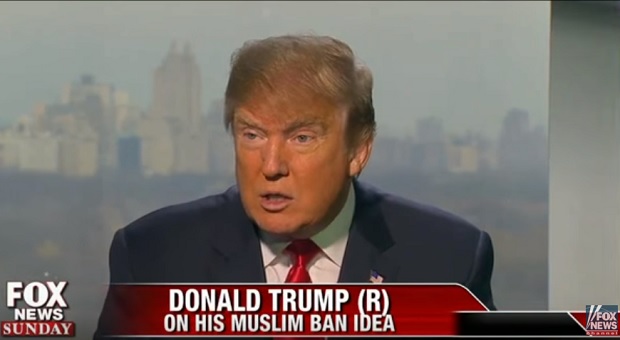 Time To Push Back At Political Correctness

Over the last couple of years, we’ve seen a definite rise in political correctness. Not only are they now trying to control our speech with it, but the left is using this insidious method to literally control society.

There is no question that political correctness reached a new high in 2015, even going so far as to ban the Confederate battle flag and remove historic monuments from many southern states.

The whole concept of political correctness is insidious. It’s one of the left’s many tools that they use to control the right, trying to force us to conform to their will. In that, it’s no different than Muslims trying to force others to live under Sharia Law or Communists forcing people to bow to the state. It’s all about control and using fear to control people.

We have to understand that fear is the mechanism that is used to implement political correctness. We who are controlled by it are afraid of being labeled racist, sexist or any other “ist” that the left comes up with. It’s as if those words were true badges of dishonor and that we would be permanently branded with them, much like the woman in “The Scarlet Letter.”

Well, I think we could all learn a lesson from Hester Prynne, the protagonist of The Scarlet Letter. She didn’t hide her letter, but wore it boldly, like a soldier wearing a medal. She was proud of who she was and if others didn’t like it, that was their problem.

While I don’t agree with adultery, I do agree with standing up for who you are. Fortunately, more and more conservatives are getting fed up with political correctness and finally taking a stand against it, regardless of the consequences. I’m not just talking about politicians either; everyday people are taking a stand as well, even when they know it’s going to cost them.

The thing is, if we don’t take a stand against political correctness, the liberals are going to get their way and succeed in controlling us. They will do it with nothing more than nasty words and name calling. In other words, we will be allowing them to control us with their immaturity.

How many times have you seen it? A liberal and a conservative are discussing an issue and the liberal runs out of arguments. That’s not too hard, as all they have are their emotional talking points. Once they run out, they resort to name calling, generally using the term “racist” but if that doesn’t apply then any of a number of other names that they have readily memorized in their arsenal.

But political correctness goes far beyond name calling. In a sense, we can call the movement #BlackLivesMatter a political correctness movement. They have decided on a particular narrative and are using violence to silence anyone who disagrees with it. Actually, they’re even using violence against those who haven’t disagreed with it, but simply haven’t yet agreed with their stance forcibly enough. In this, they are intimidating people, especially politicians, into supporting their cause.

The LGBT community is doing the same. Although they represent only about two percent of the population, they are controlling much of the political agenda of this country. In some ways, they’ve succeeded in eliminating the First Amendment rights of the rest of the country, simply by calling everything that is said against them a hate crime. By invoking those magic words, they’ve turned ordinary law-abiding citizens into criminals, complete with criminal penalty.

Or what about the law suits which the LGBT community has succeeded in bringing against businesses who refuse to serve them, specifically those who refuse to serve their weddings? For most of my life, businesses had the right to refuse service to anyone. The only exception was to that was critical services, such as utilities or medical services. But today, Christian businesses who refuse to support their weddings are charged with hate crimes and fined out of business by the government. The worst part of that is that they purposely seek out those businesses, just so that they can attack them.

It is the media, more than anyone else, who controls the whole political correctness machine. As agents of the leftist agenda, they are the promoters and purveyors of leftist ideology. News stories are selected and even changed to match the talking points of the left, taking every opportunity to villainize anyone who doesn’t toe the line.

The Long Way to Nobody’s Freedom

I have to say that this system has grown through the years. When I was a young man, we had something called Freedom of Speech. If others were offended by what was said, they had a right to respond, or in extreme circumstances, take a swing at the speaker. Political correctness seeks to suppress those rights, with the ultimate goal of eliminating them.

We must understand that this is the ultimate goal of political correctness. The elitist left can’t eliminate our Constitutional Rights, no matter how much they want to. So, they have to use other means, specifically social pressure.

Eric Holder referred to this in the context of eliminating our Second Amendment right to bear arms, but that’s not the only place where the left is using it. They are specifically attacking our rights of Freedom of Speech and Freedom of Religion, both guaranteed under the First Amendment.

This is why it is so important that we take a stand against political correctness. We need to point out its hypocrisy wherever we see it. We also need to be willing to be labeled as a racist or any other type of “ist” the PC police want to use. If we allow fear to rule us, we will end up losing our rights.

Fortunately, mainstream America is getting fed up with this and the silent majority is taking a stand. Many are finding their voices and speaking out against this insidious insanity. Conservative actors, singers, politicians and businessmen are using their pulpit to make their voice heard. In doing so, they are making our voice heard as well.

We need to add our voice to this. It’s great that Donald Trump, Charles Daniels and Chuck Norris take a stand; but we can’t allow them to stand alone. We too must take our stand, declaring that this country was established on freedom and that the PC police have no Constitutionally authorized authority to take that freedom away from us. If we don’t, they will keep pushing until we lose that freedom.

Perhaps this is one of the greatest things to come out of the 2016 elections. Trump started it, with his politically incorrect statements, which resonated with so many. He gave voice to what many were thinking and is wealthy enough that he doesn’t care whether people like what he says or not. The thing is, lots of people like what he is saying, even some on the other side of the aisle.

It isn’t Trumps wealth alone that makes it possible for him to be politically incorrect so successfully. If it were, then the Koch Brothers would get away with it too. Yet they are villainized regularly by the political left. No, Trump has something more going for him; he knows how to work with the media.

Trump has been accused more than once of being a showman and of turning the elections into a circus. The thing is, in doing just that, he’s kept the media’s eye on him, allowing him to speak his mind so effectively. While the PC police have screamed “Foul” at every statement he’s made, the American people, especially those on the right, have stood with him and have done so in ever increasing numbers.

Regardless of who ends up winning the 2016 presidential elections, we need to continue taking a stand against political correctness. The Germans didn’t do that in the 1930s, due to fear of the NAZI Brown shirts. That cost them their nation. Well, guess what? We’re facing the very same thing today.

Maybe the current crop of PC police doesn’t wear brown shirts and maybe they’re not spouting off the same slogans, but they’re using the same methods. They are intimidating anyone who disagrees with them, sometimes with words, and when that doesn’t work, with violence.

The point is, the results will be the same. We either stand up to the PC police or they will take control. Then, the country will become the socialist “paradise” that they want and any of us who try to take a stand will be silently carted off to a labor camp somewhere. If that’s not what you want, it’s time to take a stand.