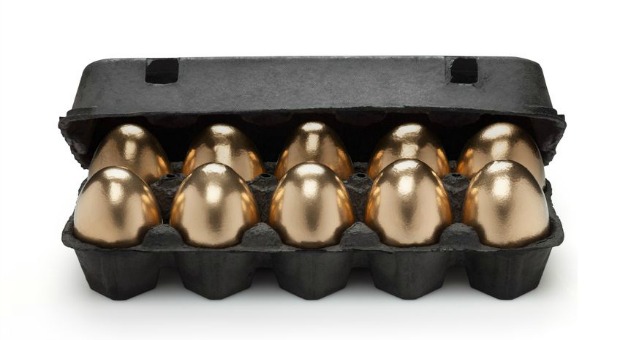 Why To Invest In Food Instead Of Silver Or Gold

Many people talk about a recurring economic crisis in US, and look for means to place their money so their investment won’t become useless once the economy hits the ground. For example, a reader recently wrote:

“I am a fan of Survivopedia and I love your articles. I just read your article “Top 4 Things to do Prior to the Dollar Collapsing” and it is the first thing I have read that is helpful. Everything else is for millionaires to get off shore banking, get lots of gold, buy real estate and on and on. I don’t have that kind of money… only a few thousand dollars as an emergency fund… I am 72. It seems to me it is stupid to hand on to the money if it is worthless. Is there some other means of currency exchange that those in the know are doing instead?”

This is a very good question that Dianne asks. Before anwering, let me say that I am not a professional financial counselor; all I am is a man who tries to do his best.

Having said that, the standard in the financial investment community is to put your investors money beside your own, taking the same risks and receiving the same benefits. So, based on that standard, the best I can do is to tell you what I’m doing myself.

What a Financial Collapse Isn’t

Let me start by saying a couple of things about what a financial collapse isn’t.

The advice that the reader mentions for the millionaires may not even work in the face of a financial collapse. Moving money offshore doesn’t guarantee anything. In fact, the 2008-2009 housing collapse affected the economy worldwide, not just here in the United States. The same happened in the Great Depression.

There is no safe place in the world’s financial markets for money, including putting it in foreign money.

I would have to put electronic money, like Bitcoin in the same category as foreign currencies. Supposedly Bitcoin is totally independent of the dollar, but I’m not so sure that’s true.

People buy Bitcoin with dollars, so there is a connection. As there has never been a test of these alternative forms of money in a serious financial collapse, I wouldn’t put my trust in them.

Even a savings account is unsure. In both Greece and Cypress, the respective governments directed banks to skim off of people’s savings accounts. That could very well happen here. So the last thing I would do is to keep more money in the bank, than what I need to pay the bills.

Inflation is so low right now, that a savings account is a joke anyway. You may as well take that money as cash and stuff it in your mattress, like the gangsters of old. Better yet, find a place to hide it that criminals won’t suspect. Avoid the master bedroom, as that’s the first place they look.

So What Can You Invest In?

Okay, so let’s say you have a few thousand dollars that you want to invest for a rainy day. What can you do? The most secure investment on the face of the Earth has always been precious metals, and I’d have to say that it won’t change.

If you’re like Dianne, you’re probably thinking that you don’t have enough to invest in precious metals. I used to think that way too. That was when I was thinking of investing in gold.

It takes quite a bit of money to buy even one ounce of gold. So, if you’re going to invest in it, you need a good pile. But silver is another matter. I like to think of silver as the working man’s investment, because you don’t need as much money to get started.

Historically, silver has actually been a better investment, with better returns, than gold. That’s why the little bit of investment money I have is in silver and not gold. For $100, I can buy several ounces of silver, enough to make it worthwhile.

I’d recommend buying silver coins, rather than silver ingots. Back when it was illegal for Americans to own their own stocks of gold, an exception was made for gold and silver coins. You couldn’t own ingots, but you could own all the coins you wanted. If such a law were to be put into effect once again, I imagine it would have pretty much the same restrictions.

One of the things we can expect in a financial collapse is that people will turn to bartering goods, and turn away from money. That’s typical in such cases. When that happens, silver coins may very well become the underground coin of the realm.

While gold coins will be worth so much that they are impractical as a means of exchange, silver won’t be. It’s value might make it ideal for people to use. 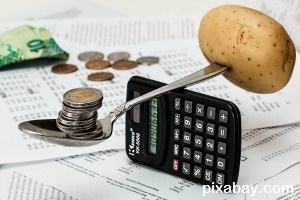 My all-time favorite investment isn’t gold or silver, it’s food. That may sound a bit strange as an investment, but I’m basing that on the current state of the economy, as well as what I’ve seen happen in other countries which have suffered a collapse.

People always need food. So, regardless of what happens in a financial collapse, they will be looking for food.

Unless you live in a rural area, where people do a lot of farming and gardening, you’ll probably find yourself surrounded by food shortages. In such a case, the value of food will increase exponentially.

This has happened in Argentina, Greece, Cyprus and Venezuela, amongst other places. It even happened in occupied Europe during World War II. People in the cities were so desperate for food, that they would fill their suitcases with the family silver and head for the country, to visit “relatives” on the farm. There, they would find an amiable farmer and trade their silver for hams, sausages, cheeses and butter.

In Argentina hundreds of bartering co-ops rose up in the midst of their financial collapse. While they varied in their form, they all shared one thing in common, the most common items bartered were food items. Food was in short supply in the city, even though there was plenty of it in rural areas.

You don’t even have to sell that food to cash in on that investment either. All you have to do is consume it, taking the money you would otherwise have to spend on food and using it for other needs. Doing it that way would be just like cashing in any other investment.

Prepare for a Barter Economy

I’ve mentioned that countries which have suffered economic collapses ended up with a barter system taking over for their failed currency. I’ve also mentioned how Europeans traded silver and other valuables for food during World War II. Many a farmer came out of that war a whole lot richer than they went into it.

The thing is, any economic collapse will eventually end. We may not see things go back to normal, but there will be a “new normal” which will emerge, just as it did in Europe, after World War II. When that happened, the farmers dug up all the silver they had buried and sold it off, making a huge profit. That can and probably will happen again.

If you have the foresight to invest in enough non-perishable food to use it as trade goods, the financial collapse will give you the opportunity to barter that food for other things of value. Basically, the value of those things will decrease, because they are not useful for survival, while the value of your food will increase, because people will need it to survive.

When the economy settles at a new normal and people aren’t worried about starving to death, the silver and jewelry will gain in value once again, while food will return to a more reasonable price.

I’d also add alcohol, tobacco and key essentials like toilet paper and personal hygiene supplies to your bartering stockpile. The hygiene items will probably become as hard to find as food will, making them equally valuable. As for the alcohol and tobacco, sales of those always increase in a time of crisis. It seems that people want to escape from their problems, rather than facing them.

Tobacco in the form of cigarettes doesn’t store well for a long period of time. But tobacco alone will, especially if it is packed in sealed containers with oxygen absorbers. Add some rolling paper, and you’ve got the means of people making their own cigarettes, just like they used to roll them in the Old West.

The key to making a profit off of bartering isn’t just stockpiling food, but is knowing how to value the items that you will be receiving in trade. There’s an awful lot of fake jewelry around, which looks quite real. So, you’ll have to know how to tell the difference. That doesn’t just go for the gold and silver, but for the stones as well.

The other part is establishing a value for the jewelry, silver or other valuables, based on the mid-collapse economy. That’s going to be a little harder. You’ll need to keep your ear to the ground, so that you know what others are doing. You’ll also need to be able to read the people you’re bartering with, so that you’ll know how much they are willing to give up, in order to get your food.

Remember, you have the upper hand; and while you don’t want it to be a heavy hand, you want to be fairly compensated for your investment. So you need to figure out what makes it a good trade for you. If they don’t want to trade, then you can much more easily wait for another day, than they can.

When it comes to that, there will be an element of risk involved. Whatever you have invested in the food will be at risk. But in reality, that’s a pretty small risk. As I already said, you merely need to hold onto the food for it to go up in value.

But then, any investing is risky, even though the risk doesn’t usually include looking down the muzzle of someone’s gun. All you have to do is be prepared, and you can turn the tables on anyone who wants to take advantage of you.