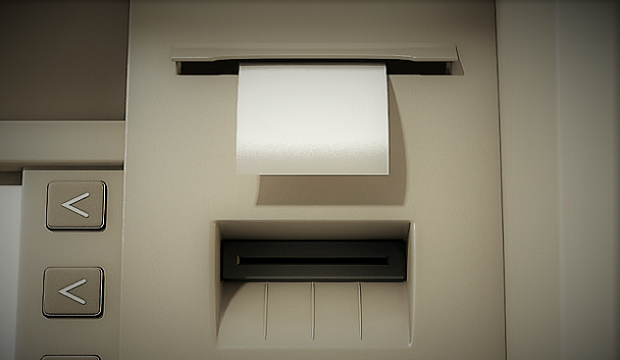 The Day When The ATMs Dried Up

The people of India suffered through a difficult December, caused by a sudden action of their government.

On November the 8th, Prime Minister Narendra Modi announced that as of midnight the 500 and 1,000 rupee notes would no longer be valid. As their replacement, the new 500 and 2,000 rupee note didn’t hit circulation until weeks later, it left people in a bind.

There’s a lesson to be learned here; and that is that our money isn’t safe.

The move was made in an effort to curb corruption, forcing both wealthy people who were keeping their assets in cash and criminals who avoid banks to either deposit their money or lose its value.

It’s germane to note that the government stands to make a tidy profit on this move, as people who have been avoiding paying their taxes will be easily caught when they make those deposits.

But in the mean time, it’s left people in a bind. While India is a much poorer country than the United States, with many people dealing only in cash, they are still an industrialized nation, with modern banking, including ATM machines. Just like the rest of the world, electronic money is replacing the paper kind in many places, so people were lined up at ATM machines, with the obvious result, as they tried to get what cash they could.

ATM machines can hold a lot of money; much more than they typically do. Even so, with the massive number of people who were trying to get their hands on cash, even a full ATM machine will run out of bills quickly.

And that’s exactly what happened in India, as ATM machine after ATM machine ran out of money and went out of service, leaving a line of people who had waited to withdraw money that was temporarily unavailable.

Even with all the consternation that the people of India were going through, trying to get their hands on funds to use in their daily lives, it was nothing more than a temporary inconvenience.

It was nothing like the problems faced by the citizens of Cyprus, when the government froze citizens’ assets and stole a percentage of them. Then, they limited how much people could withdraw, so that there wouldn’t be a run on the banks.

How Safe Is Our Money?

Money in the bank can be seized by the government. Money we keep at home can be made worthless at a moment’s notice by the government, canceling denominations, just like they did in India. Our accounts can be locked up and our access to our own money can be denied.

Then there’s the risk of the whole system collapsing. Most money today is electronic, rather than paper or coin. All it takes to make it disappear is erasing a number.

While there are many failsafes in place to protect our money, there are some things which are bigger than those failsafes. Whether they would impede our access to our money temporarily or permanently, any of them would make life more difficult.

Many people put their confidence in the money they have as their security. They figure that no matter what happens, they’ll always be able to buy what they need.

While that might work in normal times, what would those people do, if they couldn’t access their money? A financial crash, the ATM system going down, an EMP attack or a terrorist attack taking out the power grid could all make that happen. Those people would literally go from financially comfortable to financially broke in a moment’s time.

As a society, we have become largely dependent upon our modern conveniences. Unlike emerging countries, where the infrastructure is unreliable, we’ve learned that ours is… at least, most of the time. Since we expect it to be reliable, we live our lives as if it is, putting ourselves at risk.

This is the antithesis of being a prepper, as prepping is all about becoming self-sufficient. Yet I’ve even met preppers who have large bank accounts, filled with money to use on that proverbial rainy day. Yes, they stockpile supplies as well, but they also stockpile money; after all, the dollar is accepted around the world.

But what would happen if that rainy day shut down our financial system? What will those people do then?

What Is More Valuable Than Money?

The truth is, we can’t depend on any money that’s not in our hands, and we can’t even depend on that. As the Indian people just learned, the government that prints that money can declare it worthless at any time. So, what we need isn’t money, it’s something of universally understood value. That limits us considerably.

For most, that means investing in precious metals. Those are much more secure than any nation’s currency. Gold and silver transcend time, with a long history of being accepted as valuable currency in trade, going back even before written history.

But precious metals aren’t the only thing of value. I’ve said for quite some time that my favorite investment for the average person is non-perishable food. Not only doesn’t it lose value, but inflation is hitting food harder than many other things. Then, of course, you can eat it to keep alive in an emergency. In that sense, food is the ultimate investment.

I seriously doubt that if an EMP struck, you could buy much with good old greenbacks, even if you had them. Nobody would be accepting them, simply because they wouldn’t be sure that they could buy anything with them themselves.

Oh, you might be able to use those dollars for a few days, but all it would take is one person refusing to accept cash as a medium of exchange and the whole system would come crashing down.

Our financial system, like that around the world, is based upon the belief that money has value. As long as everyone believes that it has value, it does. But the moment people stop believing, the value of that money will plummet. For this reason, preppers tend to put their money into something of lasting value, like the gold, silver and food I just mentioned.

Do you Remember the Argentinian Crisis?

When cash loses its value, people turn to other means of exchange. Rather than accepting money in trade for goods, they want something that will be of value to them. So, they quickly go back to the barter system.

That’s what happened in the Argentinean economic collapse of 1998 to 2002. Groups of people even set up barter co-ops, so that they could trade things they had, for things they needed.

It wasn’t until the country had recovered from the financial collapse, four long years later, that people started trusting their nation’s money again. In the mean time, they did what they had to do, in order to stay alive. In many cases, that meant avoiding the government and the government’s money.

What Would This Crisis do to America?

So, what will happen here? I’m afraid that we might not fare as well as Argentina and Cypress did.

Americans are much more accustomed to everything working and have little idea what to do, when it is not. Without access to money or the ability to use the money in their bank accounts, most Americans will find their options severely limited.

Of course, a large percentage of our society has been infected with the entitlement mentality. So, rather than help themselves, they will expect the Nanny State government to take care of them. Some will even die waiting for that help to come. Others will see that no help is coming and demand that those who have share what they have with them.

This is the point at which society will begin to break down and things will begin to get ugly. It will be a mere three days to a week after the cash stops flowing.

By then, those people with the entitlement mentality will have eaten what is in their homes and will be getting hungry. Some will try begging for food. Others will shoplift. Stores will be looted, both for useful things like food and also for alcohol, tobacco and drugs. Crime will run rampant, as people’s baser instincts take over.

When the stores are empty, these people will start looking in other directions. Some smarter ones will seek out warehouses and other places where there is a likelihood of an inventory of food.

Others will look to their neighbors, trying to see who might have something they can beg, borrow or steal. As they get more desperate, they will even be willing to kill for that food.

Those of us who have prepared for such an eventuality will have to make a choice. We either use the supplies we have to help others, ensuring the demise of our own families, or we shut those people out, condemning them to suffering and death, so that we can protect our children.

As the situation continues, violence will increase. That’s what happened in Argentina. Law abiding citizens had to lock themselves in their homes to defend themselves. Children were no longer able to play outdoors, unsupervised.

Those who were still driving would run red lights, merely slowing to ensure that it was safe to go through the intersection. They had to, as stopping at an intersection opened them up to attack. Anyone they didn’t know personally became a potential enemy, as crime rates surged.

We can expect the same… and even worse. The larger number of guns in the United States and their ready availability will mean that those who turn rogue in their search for food will have the capability of greater violence. An equally high amount of violence will be needed to stop or subdue them.

Those of us who are prepared will use our guns to protect our families. But what of those who are not?

Only a small percentage of Americans, even American conservatives are preppers. So the number of conservative gun owners who have guns but aren’t preppers outnumber those of us who are. While conservatives tend to use their guns to protect, rather than to commit crimes, all bets are off when their children are hungry.

Desperate people, as they say, do desperate things. Some of those people, even though they were the best of honest, law-abiding citizens all their lives, will snap, when their children start crying for food. 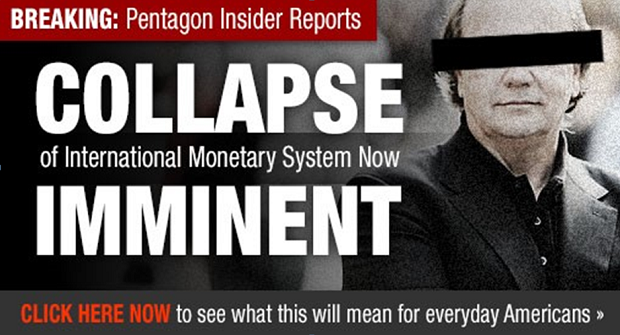 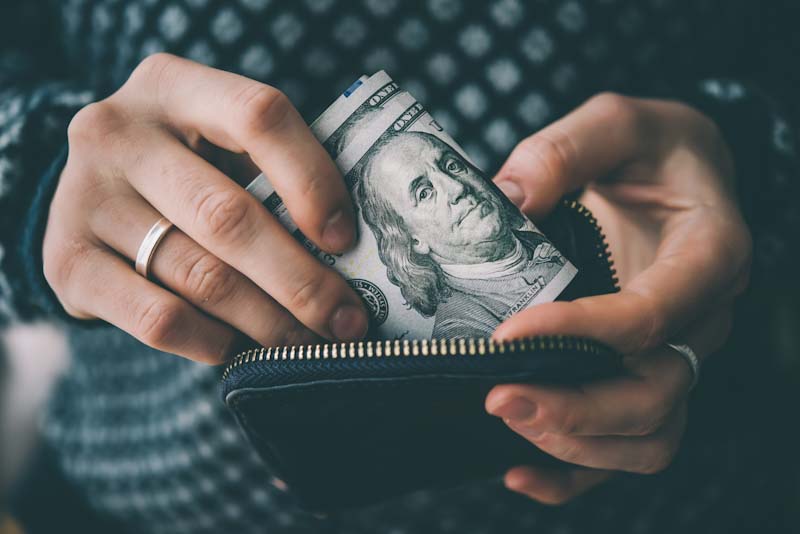 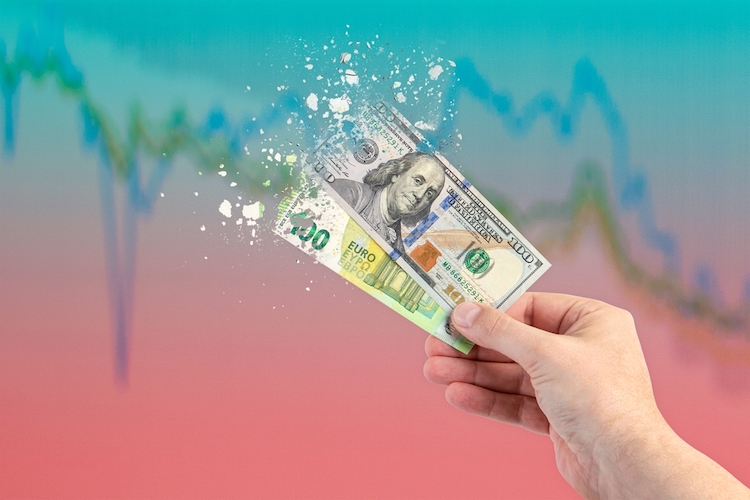 Buying a House with Tenants: A Quick Guide