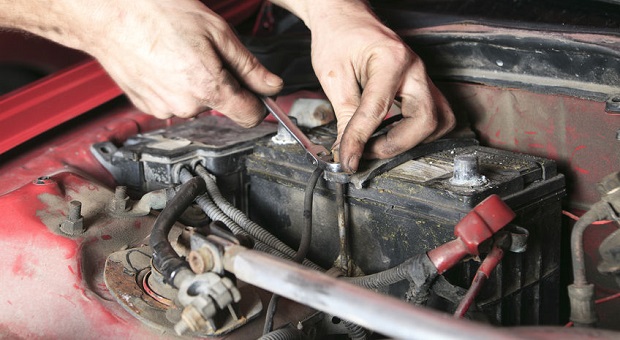 When it comes to cheap, readily available rechargeable batteries, few can rival those in automobile systems.

Knowing which type of battery you are dealing with will go a long way to helping you determine how best to use the battery and keep it in good condition.

Even after a crisis, you should be able to find batteries in abandoned vehicles that can be scavenged for battery acid or other materials that can be used to rebuild existing batteries.

Therefore, even if you decide to use some other battery type for energy storage, knowing how to manage, maintain, and get the most from automobile batteries should form a key part of your energy independence plans.

As an added bonus, if you decide to maintain a vehicle after a crisis, knowing how to maintain batteries will always be of benefit.

How to Tell the Difference Between Shallow and Deep Cycle Batteries

In order to start your car, the ignition system must provide enough power to enable the starter’s pinion to engage a second pinion located on the engine. Once the engine turns over, the starter has no further use until you want to start the car up again.

Even though the starter may not run more than two to four seconds, the battery must provide a lot of power in that time period.

A shallow cycle battery works well in these situations because it can produce several amps of power in a short period of time without causing damage to the battery.

As long as a shallow cycle battery is not fully discharged or forced to drain large amounts of current for long periods, it should last for several years.

You can recognize shallow cycle batteries because they usually have a higher CCA (Cold Cranking Amps) rating. They are also usually found under the hood in cars and trucks and tend to be smaller than deep cycle versions that would produce the same current and amperage.

In a time of need, you are likely to find shallow cycle batteries far more plentiful than deep cycle ones.

A deep cycle battery is made of the exact same parts as a shallow cycle battery, with the exception being the metal plates are significantly thicker. Some also use gel or other thickening agents to reduce water loss while keeping the electrolyte suspended between the plates.

This enables the battery to discharge more power over a longer period of time without being damaged. The trade off with a deep cycle battery is that it does not work as well when it must deliver a large amount of current in a short period of time. Perhaps it can be said that shallow cycle batteries are like sprinters while deep cycle versions are more akin to distance marathon runners.

Typically, deep cycle batteries are found in forklifts, motorized wheelchairs, RVs and other places that require steady voltage over long periods of time. They are also commonly used in solar, wind, and other off-grid power systems.

Shallow Cycle Batteries Can Be Used with Limitations

Many people don’t realize that automobile batteries are constantly charging and discharging while the vehicle is in operation, and also when the ignition is shut off. For example, if you have a clock or alarm system on your car, these devices will feed off the battery even if it is not being charged by the alternator.

Likewise, when you have the lights on, the power comes from the battery even if the engine is running and turning the alternator. Since the alternator is the only charging source for the battery, you will find that the battery is constantly being charged and discharged at the same time.

This is very similar to an energy storage system where you may be generating power from solar, wind, water, or magnetic power even as you are using electric devices that feed from the batteries. As long as you keep the drain low, you can, indeed, use a shallow cycle battery for storing power and a steady discharge.

As a general rule of thumb, I look for devices with a similar power rating to automobile headlamps; which I’ve kept running on the same solar to shallow cycle battery system for years.  You can also use joule thieves to pump out more power for slightly higher drain devices.

Deep Cycle Batteries are Recommended for Power Storage, but Not Perfect

If you have ever had a car battery suddenly “die” as soon as cold weather hits, then you already know that an automobile battery may be suddenly called upon to put out much more power than it takes in. When the weather gets cold, a weak battery cannot discharge as efficiently as it can in warmer weather.

Once the temperature warms up, these same batteries will once again seem to work perfectly. As you consider the seasonal changes in your bug out location, never forget that even a 10 degree change in temperature can cause an old, or poorly maintained battery to fail. As with trying to start your car in cold weather, rest assured that you will not be able to run electrical devices feeding off that particular battery.

Unfortunately, most “deep cycle battery” enthusiasts feel that the cold cranking amp rating on a battery is not as important as its capacity to discharge fully or deliver steady current for long periods of time. If you discharge a deep cycle battery fully, it will wear out and be ruined.

Typically, they should not be discharged more than 45% of their carrying capacity. While this is a 35% improvement over shallow cycle batteries, you still don’t have full use of the power in the battery. In addition, remember that lower cold cranking amps will still spell trouble as the battery gets older and weaker.

Before you start shopping for energy storage batteries, make a list of all the devices you will need to power. If you have LED arrays, small netbook computers, cell phones, and other relatively low drain devices on your list, you can save a good bit of money by buying shallow cycle batteries.

You can also connect shallow voltage batteries together and combine with joule thieves in order to reduce drainage while powering mid-range devices such as small, low wattage appliances and some that work in RVs.

The number of batteries you use will depend on the power rating for each appliance, the recommended output for each battery, and the condition of each battery. For larger drain appliances such as water pumps, washing machines, and refrigerators, you will still need deep cycle batteries or look to versions that do not run on electricity.

CLICK HERE to find out how to build you energy supply in order to survive any crisis.

One of the biggest problems with batteries is that you can’t just store them away and then use them at some point in the future. Even the best battery will corrode or develop other problems if not used on a regular basis. Therefore, once you buy batteries for survival needs, make sure you are ready to use them on a daily basis, and also know how to maintain them. This includes:

What About “Maintenance Free” Batteries?

If you have a newer vehicle, then you may already know there is no getting into it to add water or even check the electrolyte levels. It should be noted that even a gel battery (which make their own water) will still need some maintenance for long term use. Unfortunately, once these batteries die out, they may well be useless.

Do not waste your time buying these batteries for survival needs. Instead, look for older styles where you can get into the cells, add water, and perform other maintenance as needed. Individuals that want to try reviving or learning how to maintain these batteries can try the suggestions found in this video.

(Note from the author – I have not tried this system for maintenance free batteries, so cannot say whether it works or not. Since the video creator is using a standard electrolyte tester, it does not seem likely he is working with a gel battery.)

During the process of preparing a bug out location, it is very easy to be fooled by early successes in various aspects of your plans. In particular, if you already purchased deep cycle batteries for power storage, any number of things can still cause them to fail several years down the road.

If society is not in a condition where you can buy new ones, you will be stuck with no way to repair them and regain what was lost.

From that perspective, never underestimate the value of scavenged shallow cycle batteries, or anything else that you can use to store power.