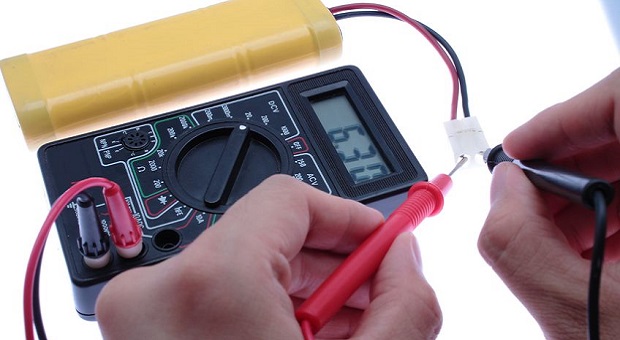 How Do You Choose Your Batteries? 6 Questions To Ask

Once you figure out how to generate electricity using solar, wind, water, or some other method, you have truly achieved a milestone.

Your job is less than half done now because you still need a way to store excess power. You will also need to control and stabilize current flow so that it does not damage devices attached to the power source.

Today, most people in off-grid situations or preparing for long term survival rely on batteries. Unfortunately, there is no such thing as a perfect battery for every person, let alone one battery type that will suit every need for your bug out location.

As you learn more about these battery types, take the time to make sure you know as much as possible about your current and projected energy usages.

Will you be starting off with conventional appliances and power needs?

Are you planning to have a small farm that will eventually utilize tractors and other equipment?

How will your energy usage plans change to accommodate growing food indoors, purifying water, and dealing with weather pattern changes?

Unless you have all of these scenarios firmly in mind, it will be very hard to gauge power usage and find the best batteries for your needs.

But let’s see what the choices are, and the 6 questions to ask when choosing between common types of batteries. 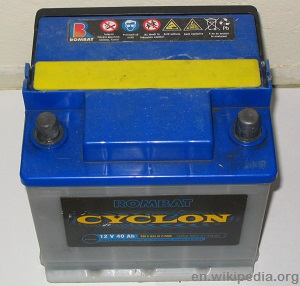 This battery type uses acid as an electrolyte between to different types of metal.

As ions are exchanged, the negative terminal (US versions) of the battery gives off electrons.

Power generating devices such as alternators, solar panels, or other devices feed electrons into the positive terminal in order to start the ion exchange all over again.

Be wary of advice on deep cycle vs shallow cycle batteries. You can do more with a mix of battery types rather than rely just on deep cycle variants. In situations where the weather is very cold, a deep cycle battery may fail when you need it most unless you spend more for ones that provide sufficient cold cranking amps.

Instead of using water to suspend electrolyte, gel batteries use a silica based gel instead.

Instead of using gel or water to hold electrolytes in place, AGM batteries use glass mats that allow electrons to move from one plate in the battery to the opposite one. 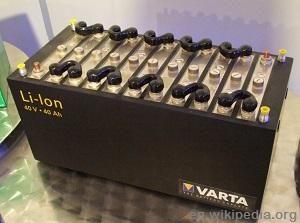 While there are large scale versions available for RV and marine use, they are still very expensive. 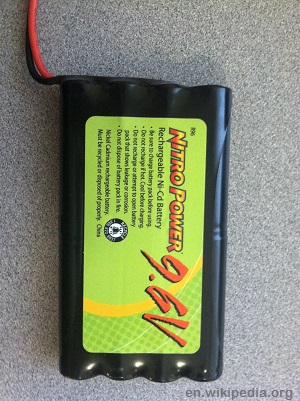 They differ from other batteries in terms of their ability to deliver a steady charge even if the are almost out of power.

Edison Batteries use nickel and iron plus an electrolyte to store electricity. They are considered “wet cells” since the electrolyte is in the liquid form as opposed to gel or solid.

Are There Mechanical Alternatives to Batteries?

Even though I have been tinkering with energy systems for several years, I have yet to find a battery or battery spec that suits all my requirements.

This, in turn, often makes me wonder if there are better, and untapped way to store power using purely mechanical (as opposed to chemical) means. For example, ropes twisting around each other on an axis with a central gear might be used to store and release power generated by a wind turbine.

While converting between mechanical power and electricity has its share of challenges, perhaps thinking outside the battery box will yield some interesting results.

It can be said that modern off gridders are living with a false sense of security because they do not truly know how long their power storage batteries will remain functional. As you can see, some batteries have an expected lifespan of five years, while the most durable ones may not last an entire human life span.

Once society collapses, equipment used to make these batteries may no longer be available. As technology and skilled people become lost, rest assured that what works early on may not work later on.

If you truly want to avoid a second crisis after an initial social collapse, take the time now learn what you can about power storage off the grid.

Now is also a good time to think seriously about power storage methods that do not rely on chemicals.