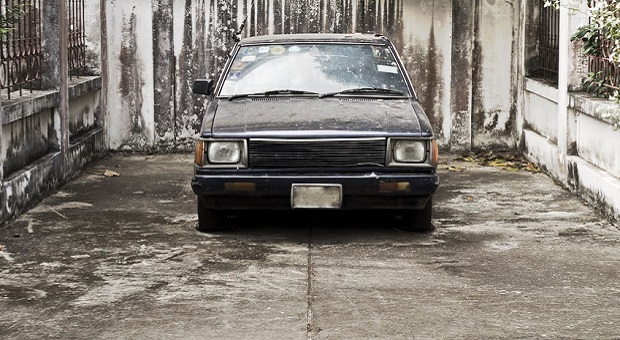 EMP Survival: An Essential List For Your Car’s Top Systems

Today, many people believe they can go back to earlier system designs and retrofit modern vehicles to these specifications, as this would be one of the best ways to protect their vehicles in case of an EMP.

While this can work in some systems, it is not likely to work in others. Some older system methods were simply too dangerous or broke down too often, hence the need for motorized or even computer controlled assemblies. But it’s common science that more computers mean more vulnerability during any  EMP scenario.

What would be the best choice then?

Read this article, then learn how to replace the parts for the most affected five systems of your car as opposed to changing the systems altogether.

What Is the Most EMP Resistant Car?

Aside from the oldest vehicles that used a crank instead of an electronic ignition system, your best options will include older vehicles with as few computerized, motorized, or electronic parts as possible. Sadly, even these vehicles can be destroyed even after being retrofitted.

So, if you are interested in having a functional car outside of ground zero created by an EMP event, there are many cars sitting in junk yards that can be suitably retrofitted. Sadly, there are many vehicles that were turned over during the “Cash for Clunkers” program that could have been retrofitted.

If any of these vehicles haven’t been crushed or completely destroyed, you will have to do an enormous amount of work just too legally put them back on the road.

On the other hand, if your goal is to create a viable EMP proof car and you have the time, money, and patience to make the car roadworthy, then you can truly start your search for pre-’80’s cars in the local scrap and junk yards. If you look at modern cars, it can be very easy to forget just how close they are to the roadway.

While this may not be of much consequence now, low suspension systems can cause all kinds of problems in off road situations. This is just one of many reasons why you may not necessarily want to spend a fortune in time, effort, and money on EMP proofing a conventional vehicle. Instead, you may want to look at ATVs and other off-road vehicles that can be used for bugging out.

But can you make the car system work after an EMP or you just have to stash them for a further replacement? Let’s see how to EMP proof some of the most important systems of your car and what parts to stash for future times.

5 Crucial Systems and What You Need to Keep Them Work

It is more than obvious that the computers will be the most affected part by an EMP. The best way to prevent it to disable it, dismantle it, and get rid of it any way you can.

Store any module that you cannot do without in a Faraday cage. Be prepared to spend several hundred to several thousand dollars on the parts plus tools required to calibrate the computers and sensors after they are installed. 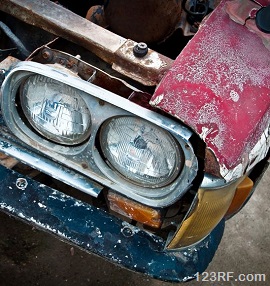 You are best served by learning how to replace each part if needed, and then retrofit anything that is currently integrated into a computerized system. Your best options include studying cars from the 70’s since these vehicles had a number of electric devices, but not computer systems that are the most vulnerable to EMP blasts.

Even though older vehicles were started up by using a crank system, it is not necessarily a good idea to follow this path for EMP proofing your own vehicle. Among other things, crank systems often led to all kinds of injuries that will hamper your ability to survive in a post crisis world. You will be best served by leaving the ignition system as intact as possible.

If you can find a way to eliminate computer sensors and systems instead, go ahead and do so. This includes keyless starting systems as well as ones that utilize microchip embedded keys. There are many other ways to protect your vehicle from theft or unauthorized use without resorting to computer based systems that will completely disable an otherwise functional car after an EMP.

Store away at least one spare starter and extra battery wires and terminals.

At the current time, it is not legal to remove devices such as the catalytic converter, EVAP system, EGR valve and other emission systems parts. But you can, and should know how to remove them if they are damaged during an EMP blast.

It is up to you to decide if you want to sacrifice some of the fuel efficiency created by the emissions system or if you just want to get rid of it for the sake of avoiding additional complexities.

It is also important to study computer and fuse integration schematics so that you know which parts to cut out or disable once the emission devices are removed from the system.

Since manufacturers do not want these devices removed, rest assured there are likely to be redundancies in the fuse and computer systems that will prevent the vehicle from running if appropriate signals are not received from the emission control devices. Even if you did everything else right, this one tiny thing can prevent an otherwise functional vehicle from starting up and running.

You should store any parts that you intend to replace if they happen to be damaged by an EMP. You should also store away extra exhaust pipe in case you decide to get rid of the catalytic converter.

Every part of the cooling system is absolutely necessary for proper vehicle function. For example, without oil and an oil pump, the engine will overheat and seize. By the same token, radiator fans and the rest of the cooling system are all vital no matter whether the vehicle is operating in cold temperatures or warmer ones.

You need to store thermostats, oil pumps, radiator fans. Consult the shop manual for your vehicle to find out what parts are computer controlled. Look for older designs that do not rely on computers and see if you can retrofit these elements.

You may need to work with a professional machinist to make new parts that can be exchanged for those now being controlled via a computer system. When it doubt or searching for ideas, look at the cooling systems for very early internal combustion vehicles. Follow their path of evolution until you arrive at a balance that safeguards the cooling system and still delivers sufficient cooling for your vehicle.

Never forget that modern vehicle engines also tend to run hotter than engines in older vehicles. Make sure that you know the temperature ranges you are dealing with so that you can design suitable and durable alterations.

If you are planning to EMP proof a hybrid or electric vehicle, you will be faced with a challenging if not impossible task for every system in the vehicle. For cooling systems, you will need to find some way to keep the battery packs cool without relying on computer systems. You can try using basic electronic components and conventional switches that you control manually from inside the vehicle. 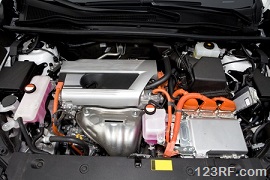 Be very careful when working on any part of a hybrid or electric vehicle because their internal systems have very high voltages that can easily kill you. If  you must work on this type of vehicle, always consult with a mechanic certified to repair and adapt these vehicles.

Unfortunately, simply reading the shop manual for these vehicles and trying to transfer skills learned with conventional vehicles may not always be successful, let alone safe.

As for doors and windows, if your vehicle has power windows, doors, and seat belts, get rid of them immediately. Do everything you can to retrofit to crank handles for the windows, keyed (not microchip keys) locks, and manual seat belts.

This may well save your life if you are ever trapped in a vehicle during a crash as well as during an EMP. Without a question, if there is a place in a motor vehicle where computers pose a serious and constant hazard to occupants, this is it!

As long as you retrofit your vehicle to manual systems, you will not need to store away special parts. In fact, even if an inner door handle breaks off, a bit of duct tape and a nail will work just as well the way electronic safety systems, doors, and windows are set up.

While it may be a tiny bit inconvenient to use manual systems, they will always work perfectly even if there is no power to run a motor.

As you see, most EMP proofing for vehicles involves finding workarounds for motors and computer systems. In these days, you will find that conventional cars can still be converted, however it is much harder than it would be with an older vehicle.

Overall, you will also find that it is essentially pointless to try and EMP proof a hybrid or electric vehicle. The best thing you can do with these vehicles is try to at least return to manual doors, seat belts, and windows.

At the very least, you won’t be trapped inside the vehicle with no way to get out. Failing that, never drive off in a hybrid vehicle unless you have something to break the windows within easy reach.