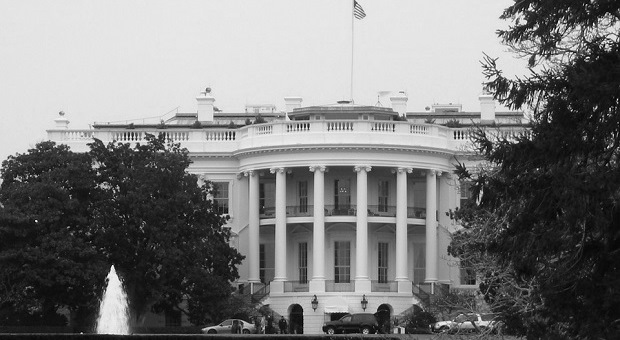 Trusting The Government… A Tenuous Thing

For anyone, living in any time period, anywhere in the world, there is a need to trust the government where you are.

We create governments to provide for the common good, and in doing so, give them an enormous amount of power. Yet we see throughout history, that such power is abused.

Let me say right here that the U.S. government has beaten the odds when it comes to doing the right thing. As bad as our government has been at times, and as much as we all complain about it, the United States has actually managed to do right, more than wrong, on the world stage. I realize that there are a lot of people who won’t agree with me on that, but the fact remains that the trust our country has received from others is based upon the history of this nation and how we have treated the rest of the world.

That’s not to say that the U.S. government is perfect, because it’s not. Everyone knows that our government has worked to depose rulers and governments which we didn’t agree with. The righteousness of such actions is at best tenuous, as none of us has a crystal ball which we can use to see the real difference such actions have made or what would have happened without them.

Can You Tell Who Is to Blame?

We can’t really blame these actions on just one party or the other, although many people try. Typically, whichever party is currently in power reaps all the blame for whatever happens on their watch. This happens more with the Republican Party than is does with the Democrat Party, simply because the news media is more closely associated with the Democrats. But we conservatives blame the Democrats, just as much as they blame the Republicans; we just don’t have as loud a voice.

But here’s the thing; there are many things which our government does, which transcend the party. If they were mere partisan politics, then when control of the country’s political power changed hands, those things we deem reprehensible would come to a screeching halt.

Yet look at the actions of the NSA. Thanks to Edward Snowden we know much more about the activities of that shadow organization than we ever did before. Yet the revelations that Snowden made weren’t things that just happened during Barack Obama’s presidency. Nor did they start in Bush’s presidency.

The Echelon program, which develops the bulk of the information that Snowden released, was started back in the 1960s. Yet it stayed in place through several changes in presidents and switches in congressional power.

We have to realize and accept that the government, our government, the one which is supposed to be by the people and for the people, really isn’t on our side. They’re on their side; the side of the bureaucrats and politicians. At times that works to our benefit, but there are also times when it doesn’t.

The problem with any conspiracy theory is that simply calling it that or associating an act of the government with that term destroys any credibility. Once something has been labeled a conspiracy theory, it is part of our culture to dismiss it. But that doesn’t mean that it isn’t true. There have been things our government has done, which were incorrectly labeled conspiracy theories. But they actually happened.

Depending on which list you look at, there are supposedly 33 different conspiracy theories that ended up being true. Whether that list is totally accurate may be another cause for speculation. But I think it’s fairly safe to say that at least some of them actually happened.

Of course, this makes it impossible for any of us to know what is true and what is merely a rumor being floated by whoever wants to make the government look bad. Personally, I think the government is perfectly capable of making themselves look bad, without any of us helping.

Then there are the thing which the government does in secret, which are done for the sole purpose of trying to get we the people to do what the government thinks we should do. While our government may not be as controlling as some others that have existed, pretty much everyone who has power in our government has an agenda, and a lot of that agenda is forcing us to do the things that they think we should… supposedly for our own good.

Take Fast and Furious, as an example. The first I heard of that was when BBC broke the story. In that first article, they said that the purpose of it was to raise the fear of gun violence in the United States, by giving guns to the warring drug cartels of Mexico.

Interestingly enough, I’ve never seen that angle presented in the American news media, not even in conservative outlets on the Internet. But if the BBC was right, our government has engaged in heinous crimes, which resulted in the deaths of innocent people. That’s not conspiracy theory, according to one of the most trusted news sources in the world, that’s fact.

Before you think that our government wouldn’t involve itself in killing innocent people, remember how many wars our nation has been in. Wars, by definition, require killing people. And while our nation has tried to always be on the side of righteousness in the wars we’ve fought, some of them have been seriously questioned.

But wars have not been the only time when our government has gotten involved in mass killings. There have been other times when the federal government has used death as a means to try to control public opinion. One of the most infamous ones of these happened during the Prohibition.

The Prohibition was all about forcing morality down people’s throats, in place of alcohol. Overall, it was less effective than trying to get children to eat their vegetables. But that didn’t stop the self-righteous in our government from trying. They not only outlawed alcoholic beverages on a nationwide basis, but did everything in their power to keep people from drinking.

In this case, “everything” included the very citizens they were trying to save. The Prohibition created a very active black market, with bootleggers making moonshine in hidden stills and running it to speakeasies around the country. Much of that moonshine was created from stolen alcohol; alcohol intended for industrial uses.

Alcohol which is not for human consumption, such as that which is used in industry, is “denatured” to avoid the taxes associated with alcohol intended for drinking. This basically means doing something to the alcohol to make it non-drinkable; either making it taste bad or making it poisonous. While most industrial alcohol of the day was denatured by adding things that would make it taste bad, the government pushed manufacturers to use poisonous chemicals, such as methyl alcohol.

So, what was the result in this propaganda ploy? Over 10,000 American citizens were killed. Many more suffered serious health problems, such as blindness, even though they were not killed. Yet, even knowing that this was killing people, it took years of discussions in Congress to put it to a halt. I ask you, if the government did that then, what would stop them from doing something similar now?

Who Is Paying the Price Now?

I think that there’s a point in which politicians and high ranking bureaucrats lose touch with reality. Specifically, they lose touch with the reality of individual lives. Rather, they see “the people” as a nebulous mass to be manipulated and controlled. Since they are no longer individual lives to be considered, it’s easy for these supposed public servants to see the loss of some of those lives of little consequence, if it could lead to a larger good.

Historically, some of the world’s greatest leaders have fallen into this trap. Joseph Stalin, Adolph Hitler and Chairman Mao were all responsible for ordering the deaths of millions of their own countrymen. Yet they each did it for “the greater good.”

This brings us to the United States of today. I’ve heard conspiracy theory after conspiracy theory over the last seven years, many more than I ever heard before. Perhaps this is in part due to the internet, but I don’t think that’s all of it. The internet didn’t spring into life when Obama was voted into office, it pre-existed his reign by a number of years.

Yet, there have been a large number of “convenient disasters” during his time in office. Starting with the Sandy Hook shooting, and running right through the Boston Marathon Bombing, reports have abounded about how many of the killings have been ordered from the Oval Office… while being sure to maintain plausible deniability.

We all know that one of Obama’s chief goals is to disarm the American people. That’s made clear, every time there is a public death. It doesn’t matter if it’s a police officer killing a supposedly innocent young black suspect… I mean male, or the work of an extremist Muslim terrorist, Obama can be counted on to use it to beat the same drum, over and over again. According to him and those that travel in the same circles, it’s the guns that commit the crime, not the criminals.

In Obama’s eyes, getting rid of guns serves the greater good. Therefore, it’s not much of a stretch of the imagination to think that he would order the killing of American citizens, in order to further that goal.

All he has to do, to justify it in his own mind, is think of the number of lives that he thinks he is going to save by taking guns out of the hands of law-abiding citizens. As he has repeatedly said, if only one life is saved, it’s worth it.

But what’s the “it” in that sentence. The evidence that Sandy Hook was staged by the government is rather compelling. There are just too many holes in the official story, starting with the lack of ambulances and rescue crews at the scene, and ending with the fact that the school has since been torn down. How convenient.

Likewise, there are a lot of holes in the Boston Marathon story, especially in the government’s actions in response to it. Since when is there a need to establish martial law and treat ordinary Americans like criminals, just to catch one or two real criminals?

I know this much for sure. We live in a time when the lack of trust that the average American has for the government is well and truly earned. None of us have any real reason to trust those in Washington, regardless of what political party we affiliate ourselves with or what part of the political spectrum we call home. Our government has stopped working for our good long ago, and is now working to change this country into something that will not be to our benefit.

If there was ever a time in the history of the United States of America to keep our guns and plan to survive without the aid of a central government, now is that time.