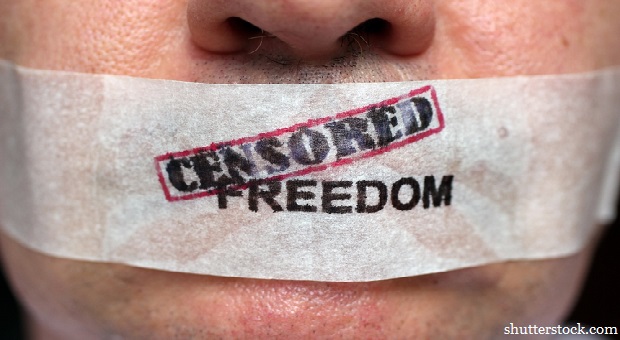 The Villainization Of Conservatism

Is it just me, or is the news starting to get repetitive? Some shooting happens, the media immediately blames it on conservatives and the NRA, before they even know the name of the perpetrator and then Obama has a speech where he does the same thing.

The same message over and over, with never a retraction when the truth is found out.

Many of these shooters are turning out to be Muslims, but that is never admitted in the liberal mainstream media. After all, admitting that would cause them two problems. It would make it look like the Muslims are something other than innocent victims and it would eliminate liberals’ ability to blame everything on conservatives. After all, as every liberal knows, all gun-toting conservatives are murderers.

At first glance, it would seem that our news media is highly incompetent. After all, consistently blaming the violence on the wrong group of people sure doesn’t make them seem competent. But there’s something deeper going on here; as if it is intentional.

Anyone who doesn’t understand that the news media is fully in bed with the progressive liberal agenda is either a liberal themselves or asleep. While the media has clearly leaned to the left for a couple of decades at least, it hasn’t been until the last few years that they have so clearly become nothing more than the propaganda arm of the progressive liberal movement.

There have been a number of rather troubling accusations come out against the news media lately. For one thing, several of the news agencies have been caught dramatizing events to get the footage they needed for their nightly reports. Then there has been revelation of how much money top news executives have donated to the Democrat Party and Democrat Candidates.

Several reporters have come forward, saying that the White House has threatened them if they tell the truth, and now, there’s a whistleblower who is saying that the news media receives money from the U.S. government and other countries, for putting the news in a favorable light.

With all this going on, it’s hard to believe anything that’s coming out of the mainstream media, yet millions of low information voters still do. Perhaps that’s simply because as long as they are taken care of, they don’t care what else the government does. This leaves the door wide open for the government to get away with a lot of things; some of which might be immoral, if not illegal. The media is supposed to be self-policing, but it’s clear that they aren’t doing that very well either.

There has been a fair amount of information come out; pointing to the fact that Sandy Hook was phony. The whole event was a planned exercise in reacting to an active shooter situation.

When the time came, they brought in the media and the actors, making it seem like an actual shooting event. There’s just one thing… there were no ambulances to take away the kids who had been shot. If kids had been hurt or killed, why weren’t there any ambulances?

Sandy Hook wasn’t the only event that people are saying was staged. There are rumors that 9-11 was, that the Boston bombing was and that several other events which have gripped the country’s attention were staged for political reasons. While I don’t know that any of those rumors are true, I do know that the news media is quick to blame conservatives, regardless of what actually happened.

Time after time, conservatives are being blamed for things that they didn’t do. Take the mass shootings that have been happening in schools and other gun free zones.

Why is that happening? Because they are hearing what the news says and there are never any retractions of those statements. When the investigations are concluded and the information comes out that they are liberals, the news media doesn’t report it. They let their initial false narrative stand. Obama is helping this along too, refusing to label killings by radial Muslims acts of domestic terrorism and pushing the narrative that there are more people killed in the United States by right-wing extremism than there are by radical Islam. Uh, what people killed by right-wing extremism? Other than the killing in the black AME church in Charleston, I don’t know of any.

But the facts apparently don’t matter when you’re trying to swing public opinion. As Joseph Goebbels, Hitler’s propaganda minister once said, “If you tell al lie big enough and keep repeating it, people will eventually come to believe it.” Could it be that what we’re seeing is nothing more than a propaganda campaign against conservatives?

The truth of the matter is that conservatives are probably the biggest danger that Obama and his followers can see, to their socialist utopia vision of the United States. In their minds, anyone who stands against them is a terrorist. By that definition, you and I, not those who are out there raping, killing and beheading people, are the terrorists of today.

Yes, this is a ridiculous point of view, but the scary one is that it is the point of view that is being sold to the general public. While the population of the country is roughly equally divided between Democrats and Republicans, the number of true conservatives is lower than the total number of Republicans. The number of conservatives who are truly willing to take a stand for what they believe in, even if it will cost them, is lower than that. All it would take to silence them is a threat by those in power.

Don’t believe me? Look at the vast number of people who refuse to speak out against anything PC. If being labeled racist is enough to silence people, how easy will it be to silence them when the alternative is being sent to a concentration camp?

There has been a lot of talk amongst conspiracy theorists on the right, talking about the DHS list of people to arrest and FEMA internment camps. I tend to ignore that. It’s not that I don’t believe that such things are possible, it’s that I’ve heard so many things through the years that I wait until I can see something tangible happening. Even if those things do exist, my talking about them or worrying about them isn’t going to change a thing. That has to wait until the other side takes action first.

But just for a moment, let’s suppose that the conspiracy theorists are right and that Obama’s government is working towards capturing all true conservatives and putting them in those camps. Wouldn’t they need an excuse to take that action? They would have to tell everyone else something. They couldn’t just let it go that X million people have disappeared or that X million people have been arrested. There has to be a reason behind it.

Before Hitler started rounding up Jews and sending them to the extermination camps, he put them in ghettos. But before that, he turned the people of Germany against them. The opening salvo in his war against the Jews was propaganda. He had to get the people behind him first.

I could show you other examples as well. Hitler wasn’t the only one. Mao did it in China. Stalin did it in Russia. Castro did it in Cuba. Obama is doing nothing more than following a well-documented pattern. Turn the people against the group you want to get rid of, then when you give an excuse for rounding them all up, the people will buy it.

What’s the excuse to lock up conservatives? How about the overwhelming preponderance of evidence that every gun owner is a murderer? What, you don’t think they are? You’re right. But all those liberals out there are convinced of it. Just look at the things they post on social media if you don’t believe me.

Okay, enough of conspiracy theory. Let’s get our feet back on the ground. Look around you, can you tell me any logical reason for the villainization of the right, that Barack Obama, his political cronies and the liberal media are propagating? I can’t either. There seem to be only two options; the conspiracy theorists are right or there is something much more sinister and secretive going on, than even they have imagined.

Obama only has 15 more months to act. He either has to do something in that time period, or he has to declare martial law and suspend the Constitution so that he can remain in office. The match is set to the fuse, all that remains to see is when and how it will blow.