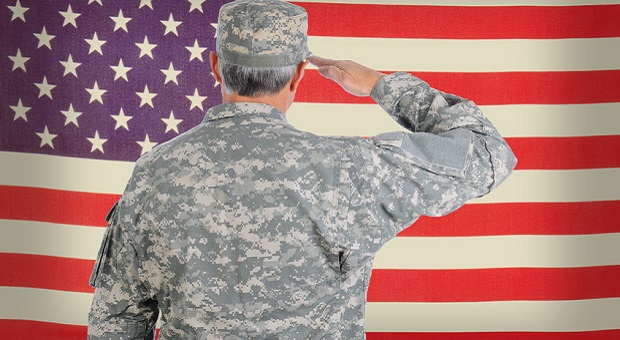 I not only write about prepping and survival, I read what others have written as well. You never know when you’re going to find a good idea or learn something new. There are a lot of people out there working on survival, so new ideas are bound to crop up.

But there’s one thing I’ve noticed in all this reading. That is, we all tend to be a bit idealistic in talking about surviving a disaster. That almost sounds like a contradiction, but it’s true. We either write about it from the perspective of one well-prepared person surviving alone, or from the perspective of a well-prepared family. That leaves a lot of people out of the picture, such as veterans.

Most veterans are conservatives. They, better than the average person on the street, have a grasp on what kind of a mess this world is in. They also have the experience to be concerned about needing to survive. After all, many of them have already survived combat, the worst survival scenario there is.

But surviving combat doesn’t necessarily mean one is ready to take on the next disaster, especially if they don’t have the supplies stockpiled. Unfortunately, for vets, like many others, it’s hard to build a stockpile of equipment and supplies, simply because of finances. Many vets are unable to work, due to what they’ve been through, so all they have is their military disability check or pension. They’re barely making ends meet.

That’s not to say that vets are without assets for survival though. Vets have skills and habits that are invaluable to survival. It’s just a matter of finding a way of effectively applying them. 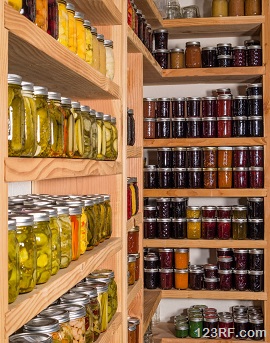 The first thing I want to deal with is stockpiling. This is where most vets run into their first major hurdle and few manage to get past it. Granted, stockpiling is expensive, but there are many ways of making it cheaper. By buying judiciously one can build a stockpile without spending a fortune.

The key here is to avoid meat; that’s the expensive part. Concentrate on building a stockpile of carbohydrates and fats. Grains, canned goods, spices, sauces and just about anything you can think of putting in a soup. While that won’t make a complete diet, it will make a good starting point.

Okay, so what do we do about meat? Simple, hunt for it; anyone who can hunt people ought to be able to learn how to hunt animals. Yes, it’s more work, but it’s not that bad. Besides, we’re talking about an emergency situation here. The kind of meat isn’t quite as important at that time, if you follow what I mean. Stray dogs are edible too.

Soldiers are accustomed to dealing with hardship. Not having a fine diet, served on a linen table cloth is nothing new to them. No soldier I know is going to expect to live in the lap of luxury, when they are trying to survive a disaster. They will make the necessary sacrifices to survive. 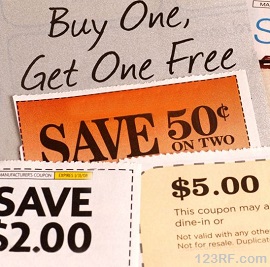 A lot can be done to save money on stockpiling. Using coupons, buying in bulk, watching for sales and buying from the warehouse stores (Cosco and Sam’s club) can make stockpiling much cheaper.

I was amazed how much cheaper salt, rice and beans were when I bought them in bulk.

If you have access to the Commissary, make use of it. The lower prices can help make it easier to stockpile. Every little bit you can save is going to help.

Many people spend a fortune on buying their survival equipment. That’s largely because they don’t have a lot of survival skills. Generally speaking, the more skills you have, the less you can get by with. While I’m not advocating trying to get by without things, I do advocate not spending money just to spend it. Get what you need and then call it quits.

There is a lot of good Army surplus equipment floating around, if you know where to look for it. For that matter, there’s a lot of good camping gear that gets sold at garage sales. That’s got to be about the best way to pick up survival gear, without spending a fortune.

The other thing that most military people are good at, which applies here, is improvising. I save a lot of money on my gear by making my own or finding other things which will do as good a job, without costing a fortune. All you have to do these days is put the word “survival” on the side of something and you can jack the price up. Well, a bow saw or folding pruning saw will work just as good as a survival saw, and cost about 30 percent less. 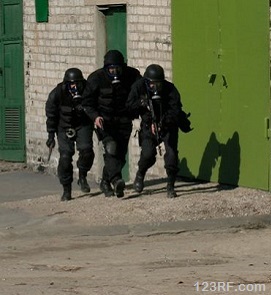 The big thing that veterans have going for them is their knowledge of warfare. Every prepper and survivalist in the country is concerned about self-defense. The normal thinking is that in the case of any major disaster, especially man-made ones, there will be a breakdown of society. When that happens, our biggest problem will be marauding bands attacking people to steal their supplies.

One of the common suggestions to deal with this violence is to form a survival group. That not only helps you by allowing you to split up the survival tasks, but it also gives you a large group of people who can work together for mutual defense.

All a vet has to do is find one of these groups and join it as their chief of security or even as part of the security team. It is typical in such a group that each member is in charge of one area, such as communications, medicine, growing food, etc.

While everyone pitches in together, the person in charge of that area is expected to be the expert, train the others and be in charge of that part of the survival plan. Who better for team security and defense than one who has been trained in it?

Since it is a team, everyone is expected to pitch in on equipment and supplies. But most teams understand that not everyone has the same income to work with. So, if a veteran joins a team and is unable to contribute as much to stockpiling food, most teams would weigh that against the skills of the vet and decide that their skills were worth more than their food contribution.

At the same time, the vet can help the rest of the team with such things as discipline, how to survive without a lot of equipment and supplies, hunting, OPSEC and a host of other skills that they are trained on. Vets have a lot to offer most survival teams and the teams are usually faster to recognize that than the patriots themselves.

So, if I was a vet in need to developing a survival plan, I’d start looking around to see who else around me was interested in survival. Rather than having to do everything myself and pay for it all too, I would barter my sills for food, giving my team what I have, in exchange for them giving me what they have. Sounds like a win-win situation to me.