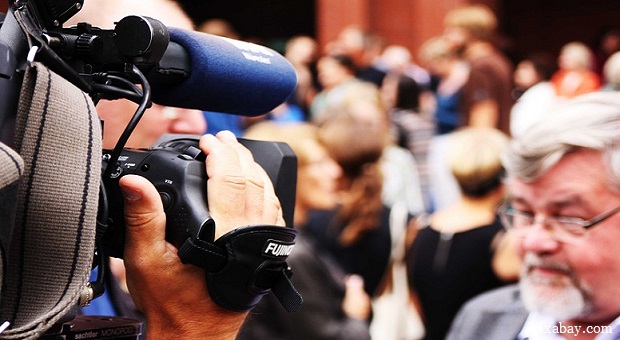 Should We Fear This Latest Rant?

Ever since Donald Trump was elected president, the political left has been in a collective tizzy fit. Howls of outrage have resonated across the land, as each self-proclaimed activist has tried to outdo the next in the fury and outlandishness of their rhetoric.

Many of the demonstrations we are seeing the media focus on, like the NFL taking a knee and “civil rights” groups calling for the tearing down of statues, are nothing more than an expression of this collective outrage.

The consensus of the left seems to be that if they can’t beat us in the polls, they’ll beat us on the streets. They are living in a circular argument, where they tell themselves they are the majority and then are publicly outraged, garnering the attention of the media.

That attention proves to them that they are the majority, based on the faulty logic that there aren’t similar stories about those of us on the right. You’ll never see normal conservatives tearing down a statue of Martin Luther King Jr. That’s just not the way we work. But even if we would, you wouldn’t find the media reporting it in the same way.

Since the media is about the most liberal part of society, when they report on what leftists do, they give it a positive slant. They’ll either present it in a positive light, or they’ll ignore it altogether.

Yet in the midst of ignoring truly dangerous actions on those on the left, the media has no qualms about slandering anyone on the right, even if they have to make up a false story to do so. Nor do they have an problem tarring us all with the same brush, calling anyone who isn’t on the left by every name in the book.

Read or watch anything that is produced specifically for those on the left and you’ll find that fear-mongering going on. It is a tool they use very effectively, for the purpose of rallying the masses behind their banner. Keep the people afraid of what those nasty, hateful conservatives might do, and you can keep them in your pocket and voting for Democrats no matter what.

But this fear may manifest into something much uglier than the demonstrations and civil unrest we’ve seen to date. Ever since Donald Trump won the presidential election in 2016, the left has been arming themselves. While this still isn’t a widespread phenomenon, it is becoming much more common.

I have nothing against any law-abiding citizen of this country exercising their Second Amendment right to keep and bear arms, regardless of their political beliefs. After the Pulse massacre earlier in 2017, some conservative gun groups even started reaching out to the LGBT community, offering them shooting and self-defense lessons. This was accepted with both gladness and surprise, as the members of that community have been told that conservatives hate them.

But, as you and I know, those of us on the right don’t hate people, even if we disagree with them. Besides, these people obviously need to be able to defend themselves, just like the rest of us do.

Traditionally, guns have been in the hands of conservatives, with liberals crying and pulling out their hair to enact “sensible” gun control laws. Of course, sensible in their minds and sensible in the minds of those of us who own guns are two different things.

This is Why Conventional Preparedness Wisdom is Deadly!

To them, sensible is denying us our Second Amendment rights, in the name of “safety.” To us, it’s denying guns to criminals, which there are already laws on the books to do. All that needs to happen is for the government to start seriously prosecuting those who break those laws. Not enough of that happens, especially for straw purchases.

While there is nothing wrong with those on the political left exercising their Second Amendment rights, any more than any other American citizen, this seems to be extending beyond peaceful law-abiding citizens… not with criminals, but amongst the social justice warriors.

Word is coming out that militant groups, such as Antifa and Black Lives Matter are also arming themselves, as well as giving their members lessons in “self-defense.” But what do they mean by self-defense?

We’ve already seen, on multiple occasions, how violent these groups can be. Images from Ferguson and Baltimore are still all over the internet, as well as a score of other similar “demonstrations” that turned ugly. The violence at the white supremacist rally in Charlottesville was started by Antifa, even though there were a number of the white supremacist protesters who were armed.

These people, like others on the left, equate what they consider to be “hate speech” with violence. So they respond to anything they see as hateful with violent acts. The problem is, according to pretty much anyone on the left, all it takes for something to be considered hate speech is for it to be in disagreement with the left’s groupthink. In other words, any conservative opinion is hate speech and should be responded to with violence.

It’s bad enough when these people respond with their fists, rocks and sticks. They’ve put too may people in the hospital already, without using firearms. So what’s going to happen when they decide to ramp it up a bit, and use guns to express their outrage, rather than fists?

Owning and carrying a gun is a grave responsibility. I know men who won’t carry, simply because they don’t trust their own temper. They don’t want to put themselves at risk of acting irrationally with a gun, so they make sure that they can’t. I applaud them for their responsibility.

But what about these groups who have already shown their irresponsibility? What’s going to happen when they are armed and trained? Will they operate with the same restraint? Or will we start to see demonstrations like Ferguson turn even uglier? The risk we face from that is growing by the day.

Yet at the same time, we can’t take those people’s Second Amendment rights away from them, without just cause.

Is a War Breaking Out?

The big risk here isn’t just that militant leftist groups arm themselves, or even that they use those arms in the midst of other violent acts. No, the big risk is that such an act break out into a full-scale battle.

With as many gun owners as there are in the United States and as many of us who are carrying concealed, chances are that any time that these militant groups would start shooting, someone would be there to respond.

This is rightly the job of the police, not you and I. Conservative gun owners and conservative militias must prepare themselves to use restraint in such a situation. That won’t be easy.

Don’t misunderstand me here; I’m not advocating letting them get away with attempted murder. Nor am I suggesting that we put our guns down. I firmly believe in our right to defend ourselves. All I’m suggesting is that we don’t go farther than necessary in defending ourselves and other innocent civilians.

I’m also suggesting that when the police take over, we step back and allow them to do their jobs.

Remember, there is no way for the police to know who the good guys are and who the bad guys are in any violent confrontation. They’re forced to assume that anyone who is shooting is automatically a bad guy, until proven innocent. So if they see you or I shooting, there’s a good chance that they might shoot back at us, in an attempt to do the same thing we’re going; protecting innocent lives.

Situations like this can deteriorate quickly. It’s up to use to make sure that they don’t. Even if the left offers war, we don’t have to accept their offer.

There are enough of us, with enough firearms, that we can easily afford to fight a purely defensive war, forcing them to bring the battle to us.