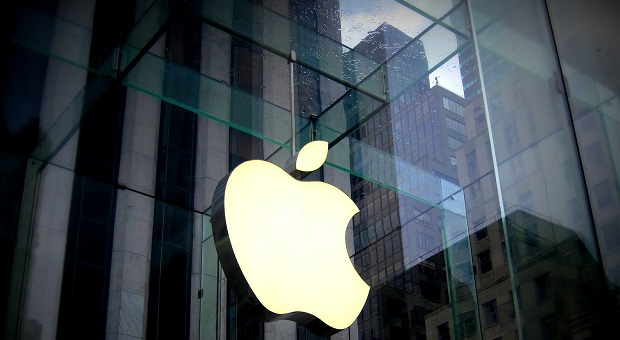 Apple’s Fight To Bar The Back Door

A few weeks ago, there was an interesting and far-reaching development in the San Bernardino terrorist investigation. The FBI went to Apple and asked them for help in retrieving data from the iPhone of one of the terrorists.

That phone, which is owned by the employer, is suspected of having information about contacts, which might lead the FBI to find other terrorists and stop further terrorist action. Needless to say, it’s obvious why the FBI is interested in having access to that information.

Apparently, Apple has cooperated with the FBI up to a point. They provided information which had been backed up to the cloud. Under current law, they are required to do that, if presented with a court order. So far, so good.

But the FBI wasn’t satisfied with that. They wanted Apple to give them access directly to the phone. It seems that an employee of the San Bernardino County reset the password for the phone’s iCloud account, perhaps following normal procedures for their organization. This meant that the phone could no longer perform backups to the cloud. So, Apple can’t access any new information, because it is not on their cloud.

This is where things started getting sticky. Apple’s products apparently have some pretty robust security features, including some complex encryption software. As part of this, if anyone tries to input the password ten times and fails, it scrubs the memory. With today’s memory, that takes less than a second.

By building this feature in to the phone’s security, Apple has succeeded in eliminating the most common method of breaking a password, known as “brute force”. Without it, the NSA or even the FBI’s own computer techs, could connect the phone to a computer, which would keep trying passwords until it encountered the right one. While a time consuming process, computers streamline it considerably.

So the FBI went back to Apple and asked them to create a special version of their operating system, which would allow them to circumnavigate the existing security in the phone and access the data. Score one point for the FBI as being the bad guys (loud obnoxious buzzer going off).

Apple’s CEO, Tim Cook, had a simple answer for the FBI, “No.” Score one point for Apple as the good guys (clanging bell going off). The two are currently in litigation, as Apple fights to protect the privacy of all their customers. Score another point for Apple (more clanging bells).

So what’s the real issue here? Basically the FBI is asking Apple to create what’s known in the computer world (especially amongst hackers) a back door into their software. Such back doors allow those in the know to access the device’s memory, bypassing all the security measures in place. As such, they are a hacker’s dream, as well as that of government agents.

Apple claims, and I have no reason to disbelieve them, that there is no such back door in the Apple iOS operating system and that they never will create it. I guess that makes 3 points for Apple (I’m getting tired of those bells). Their stated reason? The security of their customers. Even though the FBI claims that they will never use that software again, but only use it for this one case, Apple doesn’t believe them (buzzer time again, the FBI is down 2).

Now, c’mon; does anyone believe the government would never use such a tool again, if they are granted it? I sure don’t. Government is constantly asking for things for the best of reasons and with the best of intentions. But it doesn’t stay that way. Before long, what was meant for good is turned to nefarious uses by our government.

Just look at the Patriot Act and other laws which Congress enacted during Bush’s presidency. While they were written for the specific act of combating terrorism and state so, Obama’s administration is using them against anyone on the right who stands against them. By redefining who is a terrorist, they are taking a law meant for good and turning it to bad. That’s how they are managing to charge the ranchers who protested in Oregon and those who supported Clive Bundy with terrorism.

The information on someone’s cell phone is private and should stay that way. For that matter, the information on their tablet, their laptop, their desktop computer and in their e-mail accounts should remain private too. The only information that should be public should be what the individual decides to make public. But the government doesn’t see it that way. They regularly grab our data in the name of national security.

The argument from the left is always that if you don’t have anything to hide, you shouldn’t mind the government looking at your data. Really? Just recently a teacher lost her job, because she had sent some nude pictures of herself to her husband. A student got their hands on those pictures and she was fired. She hadn’t done anything wrong; I’m sure most women would rather have their husbands looking at pictures of them naked, rather than another woman. But because someone else did something wrong with her pictures, she is being punished.

There’s a very good reason why private data should remain private and it doesn’t have anything to do with people breaking the law. That is that our private lives contain things that should not become public knowledge. Regardless of how that student gained access to the teacher’s pictures, he had no right to do so. Those were her private pictures on her private phone. What the student did was technically hacking, even if it was social hacking, rather than software hacking.

The battle that Apple is fighting is one to protect our privacy… what little bit of it we have left. The government has been encroaching on our privacy for years, in an ever-increasing way, and there’s no question that they are continuing to do so. This “request” by the FBI is nothing more than one more battle in the government’s war to strip us of all privacy.

I thank Apple for taking a stand for our freedom and for protecting our privacy. They are doing the right thing, even though it is hard and even though it will see them in court, defending themselves and all of us, from government encroachment.

You know, the really crazy thing about all this is that I really doubt that the FBI needs the software that they’re asking for. I’m sure that there are ways that they can get into an iPhone and access the data. The NSA is the world’s foremost encryption and decryption agency in the world. They regularly crack security systems which I imagine are more robust than Apple’s. Maybe they don’t have a back door to use, but they must be able to crack it. Even if they can’t they could always take out the memory chip and read it directly.

Data security is a big issue in our modern day lives. It’s not just important to companies and governments, but to individuals as well. Can you imagine being that teacher and seeing your own pictures being shared around the school? How embarrassing! And then to be treated like a criminal, even though she hadn’t done anything wrong.

Our lives aren’t meant to be that much of an open book. Even those who live in the public eye need privacy. We all need the ability to disappear from public scrutiny and just be ourselves, with people that we can trust. That’s what privacy is for. If the FBI wins their case and forces Apple to produce a back door for their software, then they will steal that privacy from literally millions of people. That’s not right.

It is time for We the People to start standing up to our government and making our voices heard. We are so accustomed to being ignored, that most of us have stopped talking. But that has to change. Our government will never do the things we want, unless we repeat it over and over again. We need to write our representatives and tell them what we want. We need to write letters to the editors. We need to take a stand and go out in public to do so. Otherwise, they will continue along the road they are traveling, ignoring us.

Maybe our elected officials will be dense and slow to listen, but if we persevere, they will eventually hear us. They might try to dissuade us or to ignore us, but they can only do that for so long. Eventually, if we stand our ground and keep saying the same thing, they will have to hear. If not, we still hold the power of the vote.